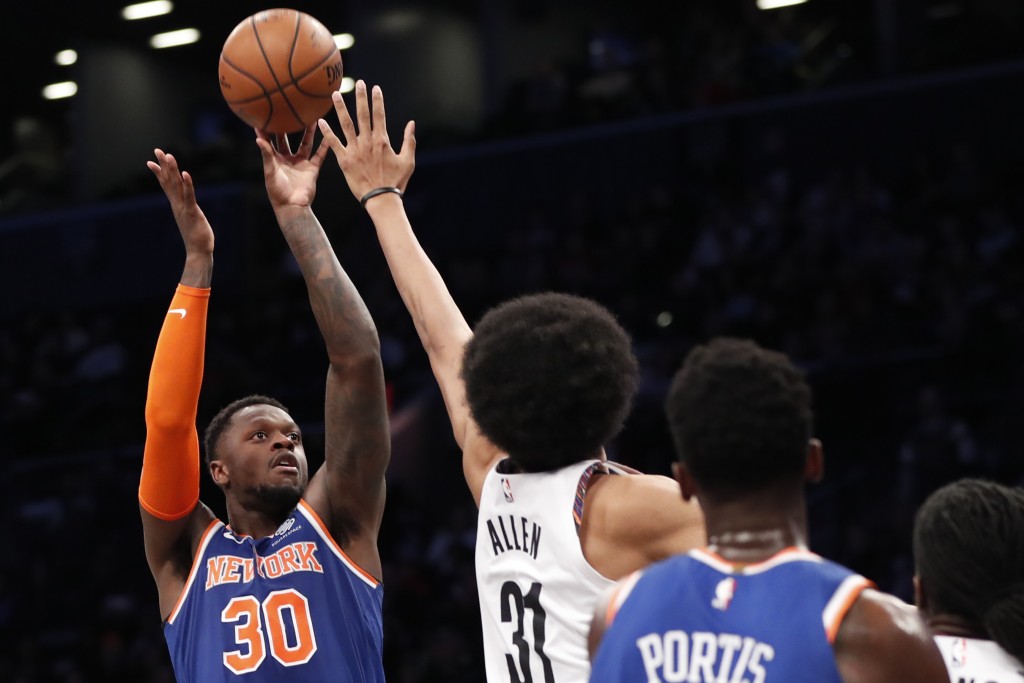 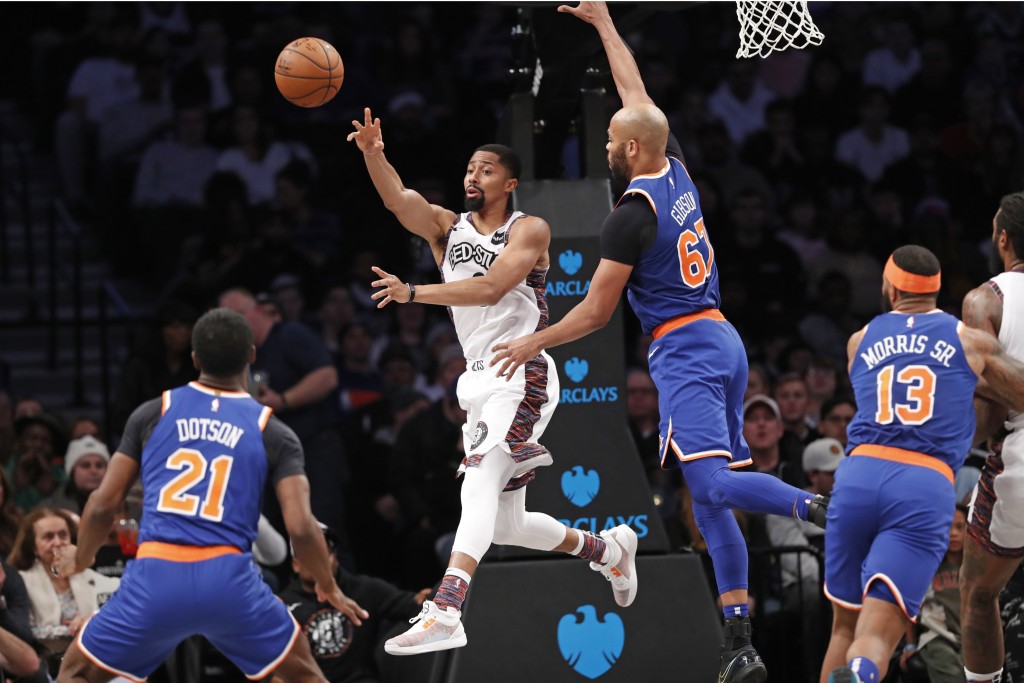 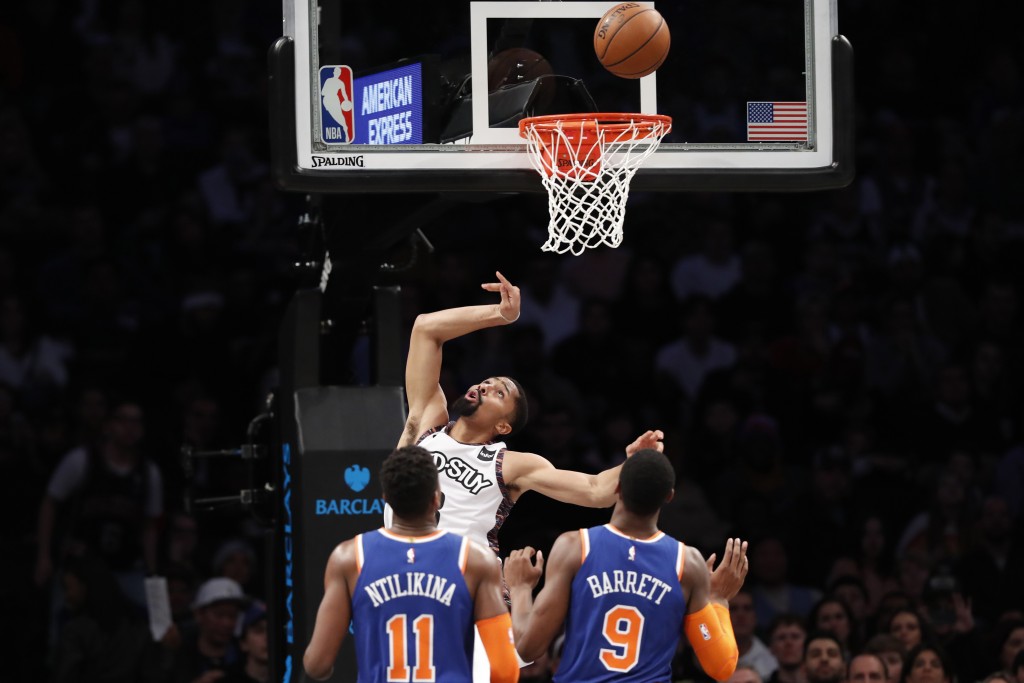 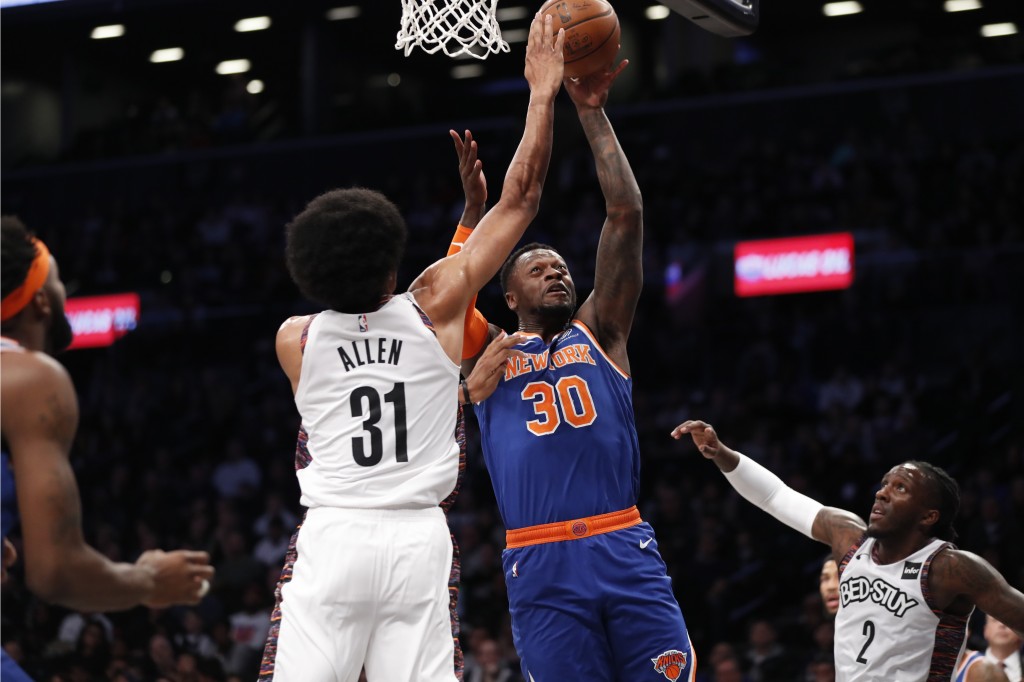 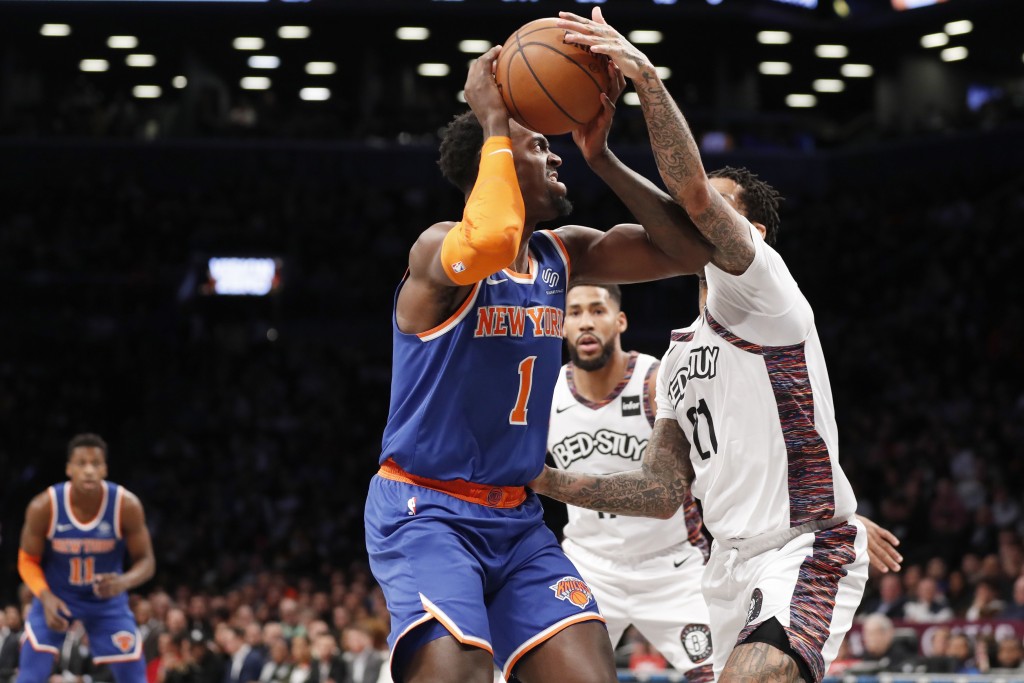 NEW YORK (AP) — Julius Randle had 33 points and eight rebounds, and the New York Knicks forced the Brooklyn Nets into the worst shooting performance in the NBA this season in a 94-82 victory Thursday night.

Brooklyn finished 21 of 78 (26.9%) from the field. Chicago had the previous worst shooting game this season when it hit 29.9% against Toronto exactly two months earlier.

Marcus Morris added 22 points and eight rebounds for the Knicks, who snapped a three-game losing streak. Elfrid Payton scored 13 points as New York won for the first time in three meetings with Brooklyn this season.

Spencer Dinwiddie scored 25 points but was only 5 for 15 for the Nets.

The game was originally ticketed for a national television audience on TNT before it was recently pulled, which turned out to be a wise decision because it was anything but must-see TV.

It even lacked the usual energy of a matchup between the city rivals, when there's almost always noise because both teams have plenty of fans in the building. The crowd was still big, but there were simply too many long spells when there was nothing to cheer.

The Nets hadn't played since Saturday and couldn't shake off their holiday rust. Randle scored 12 points in the first quarter, when his five baskets were as many as the Nets. Brooklyn shot 21% for the period and the Knicks led 24-15.

That wasn't the Nets' only bad quarter. After they had cut it to 46-41 at halftime, they came out for the third and took more than eight minutes to make a basket. That allowed the Knicks to break it open with an 18-4 burst that extended an eight-point lead to 71-49 on Payton's layup.

Timothe Luwawu-Cabarrot finally gave the Nets their first basket with a 3-pointer with 3:52 to play in the period, and he hit another later in the quarter, finishing with half of Brooklyn's baskets in the period as it went 4 for 12.

Knicks: F Morris and C Taj Gibson were back in the starting lineup after missing the loss to Washington on Monday. Morris had a sore left Achilles tendon and Gibson was ill. G Dennis Smith Jr. was out with a strained left oblique. ... Mitchell Robinson had 10 points and 10 rebounds.

Nets: Coach Kenny Atkinson reported no change for Kyrie Irving, who missed his 19th straight game with a right shoulder injury. He said the All-Star point guard continues to work out on the court but they haven't gotten to the point where they can add contact, which would be the next step. He added that the Nets aren't at the point where they're thinking Irving will need surgery on the shoulder.

Starting Nets guard Caris LeVert is moving closer to returning from right thumb surgery in November. Atkinson said LeVert just needs a little more work involving contact before he is ready to rejoin the lineup. He has missed the last 21 games. “He did a lot of contact today," Atkinson said. “Probably need a couple more of those sessions until he and our medical team, performance team feels like he’s ready to go, but obviously getting much closer."