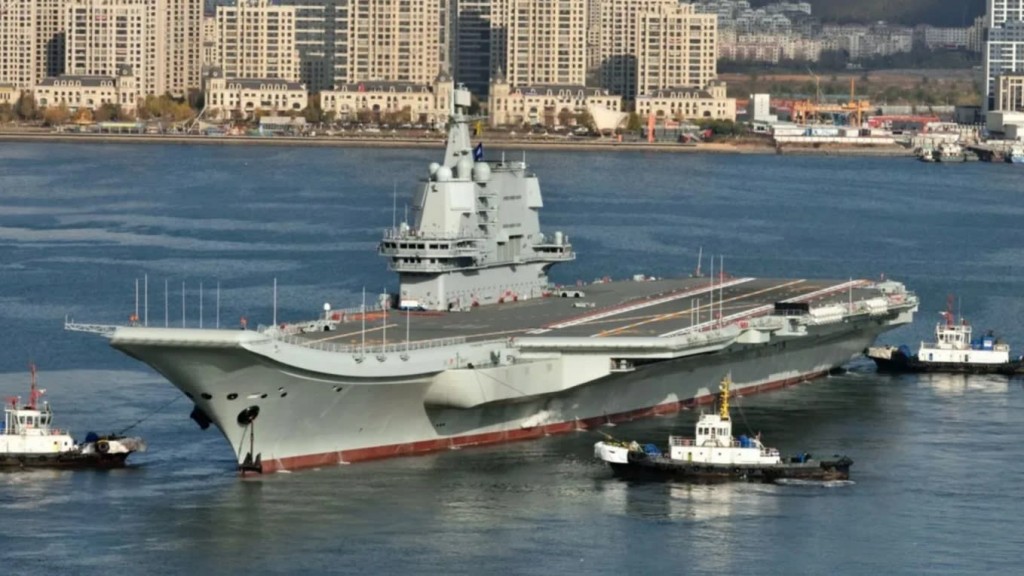 TAIPEI (Taiwan News) — U.S. authorities have expressed concern over the passage of a Chinese aircraft carrier through the Taiwan Strait on Thursday (Dec. 26), the sixth such transit since January 2017.

The U.S. urges China not to engage in activities that would endanger the security, social, and economic systems of Taiwan, nor should it resort to actions that threaten the Taiwanese people, a U.S. Department of State spokesperson told CNA on Thursday. Peace and stability across the Taiwan Strait are of interest to the U.S., the spokesperson said, adding that Taiwan has been a reliable partner, a democratic model, and a force for good in the world.

Accompanied by other ships, China’s first-generation indigenous aircraft carrier, the Shandong, sailed south to north through the Taiwan Strait just 16 days before the island holds its presidential and legislative elections.

Taiwan’s Presidential Office said on Thursday that both Taiwan and China shared the responsibility of maintaining peace and stability in the Taiwan Strait and the region. People across the strait and in the international community expect Beijing to contribute to the security and well-being of the region, the office added.

The Ministry of National Defense (MOND) said via a press statement on Thursday that the military had closely followed the aircraft carrier’s every move in a joint operation. The ministry called on the public not to worry about Taiwan’s security or regional stability.

The passage of the Shandong on Thursday marked the sixth such operation by a Chinese flattop since 2017, according to MOND.