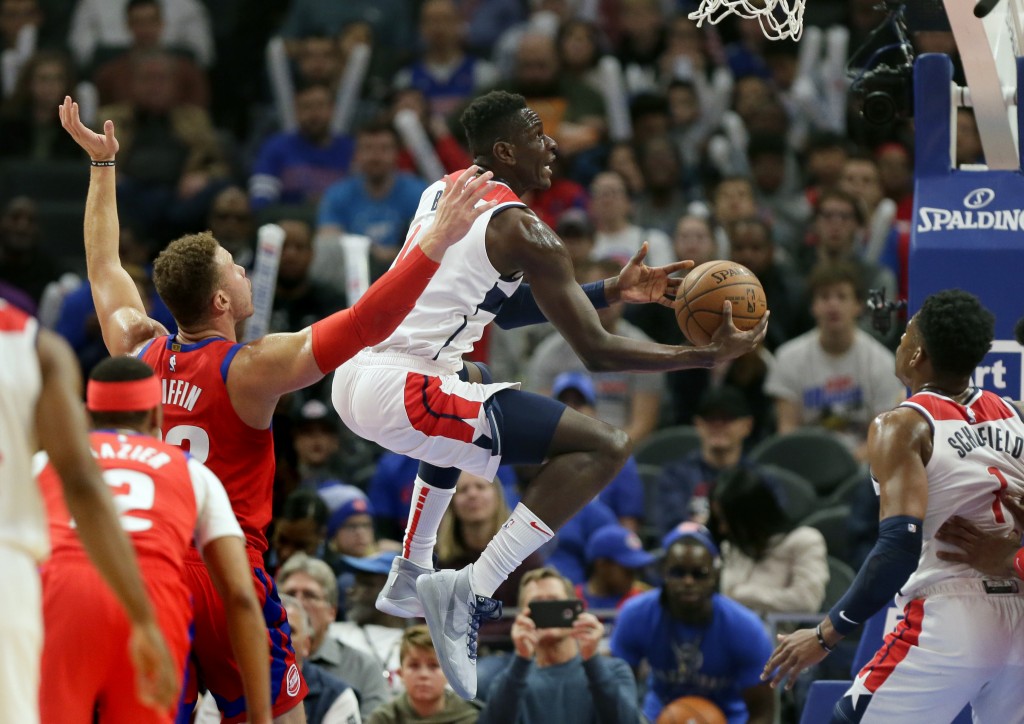 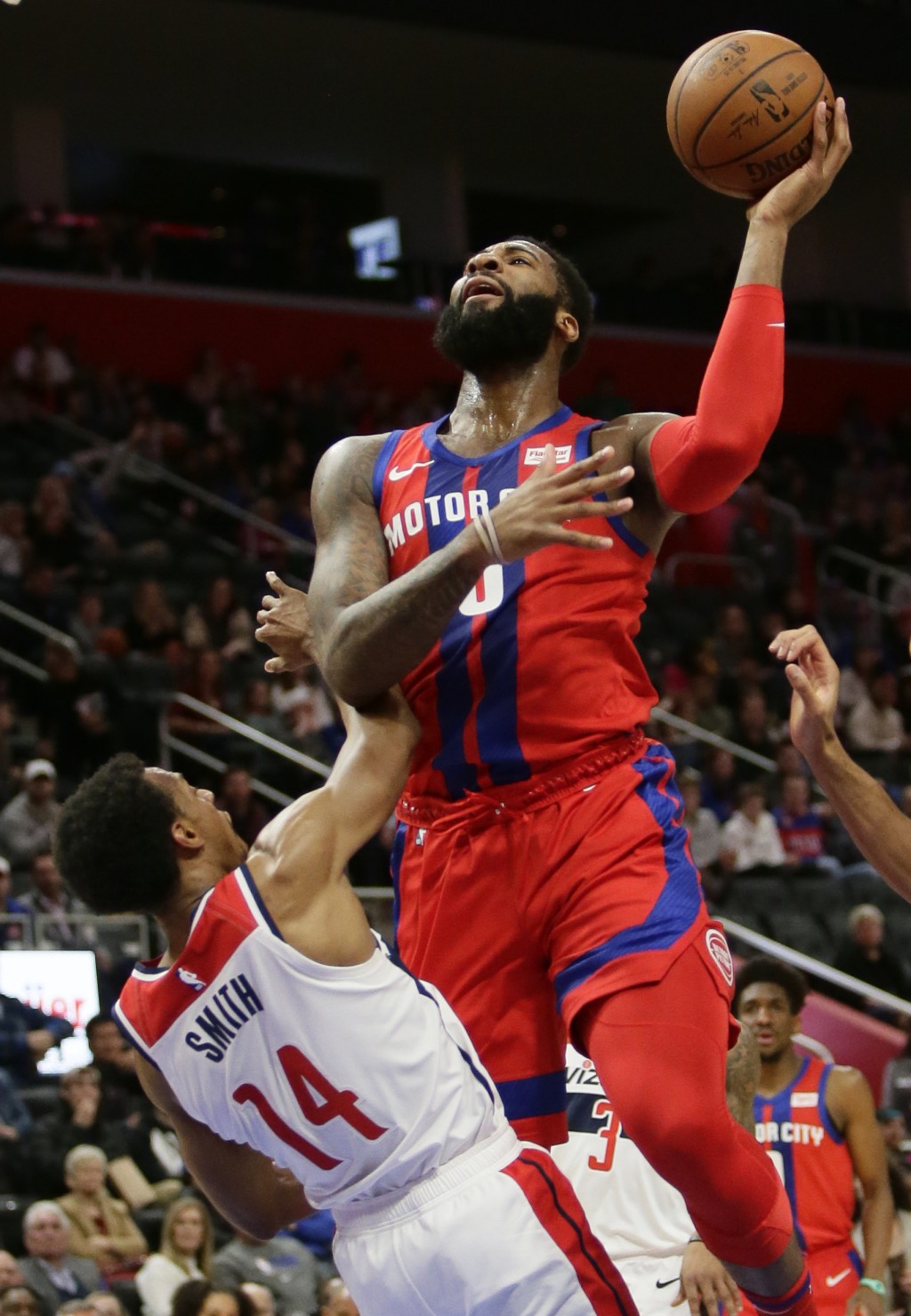 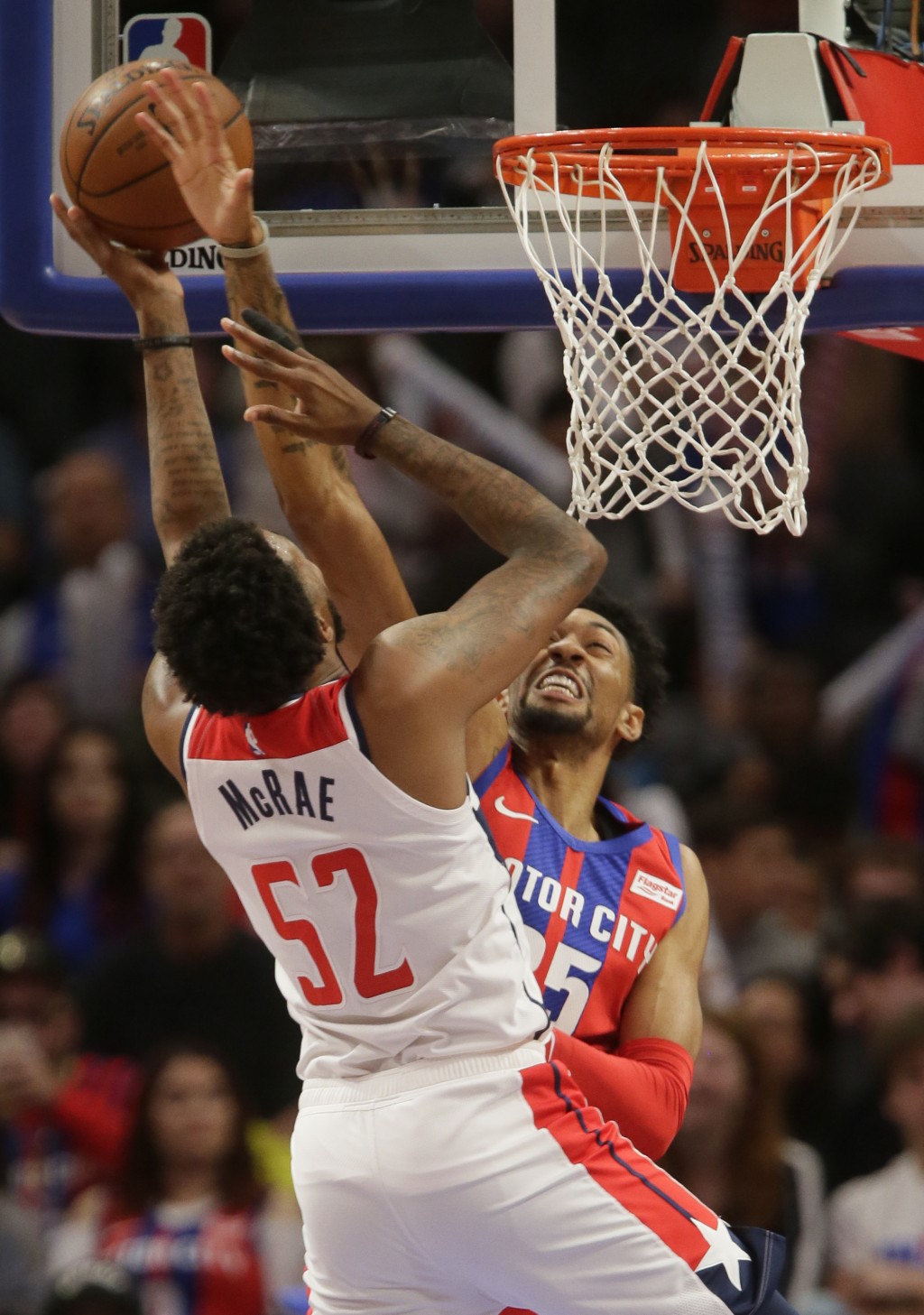 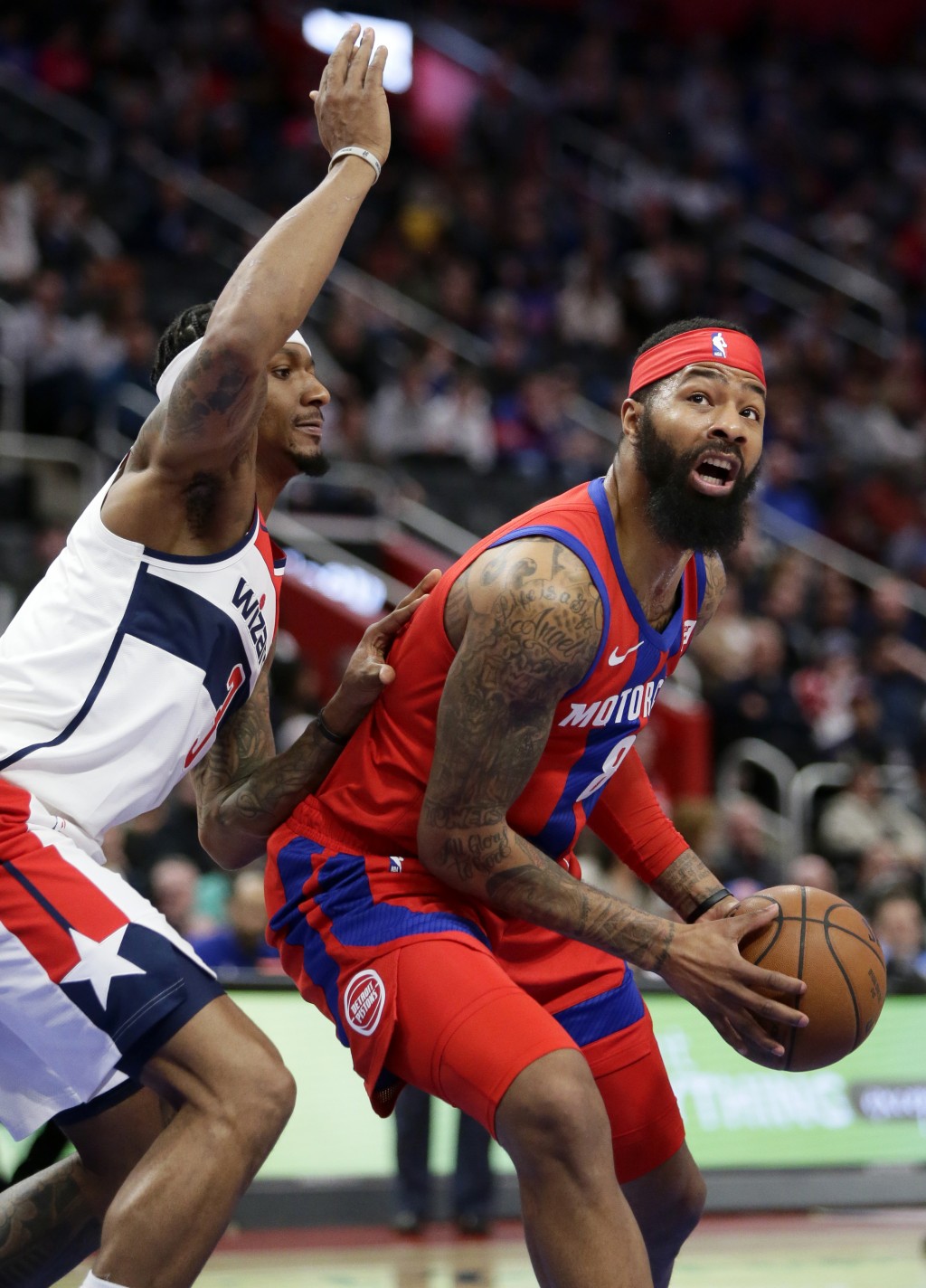 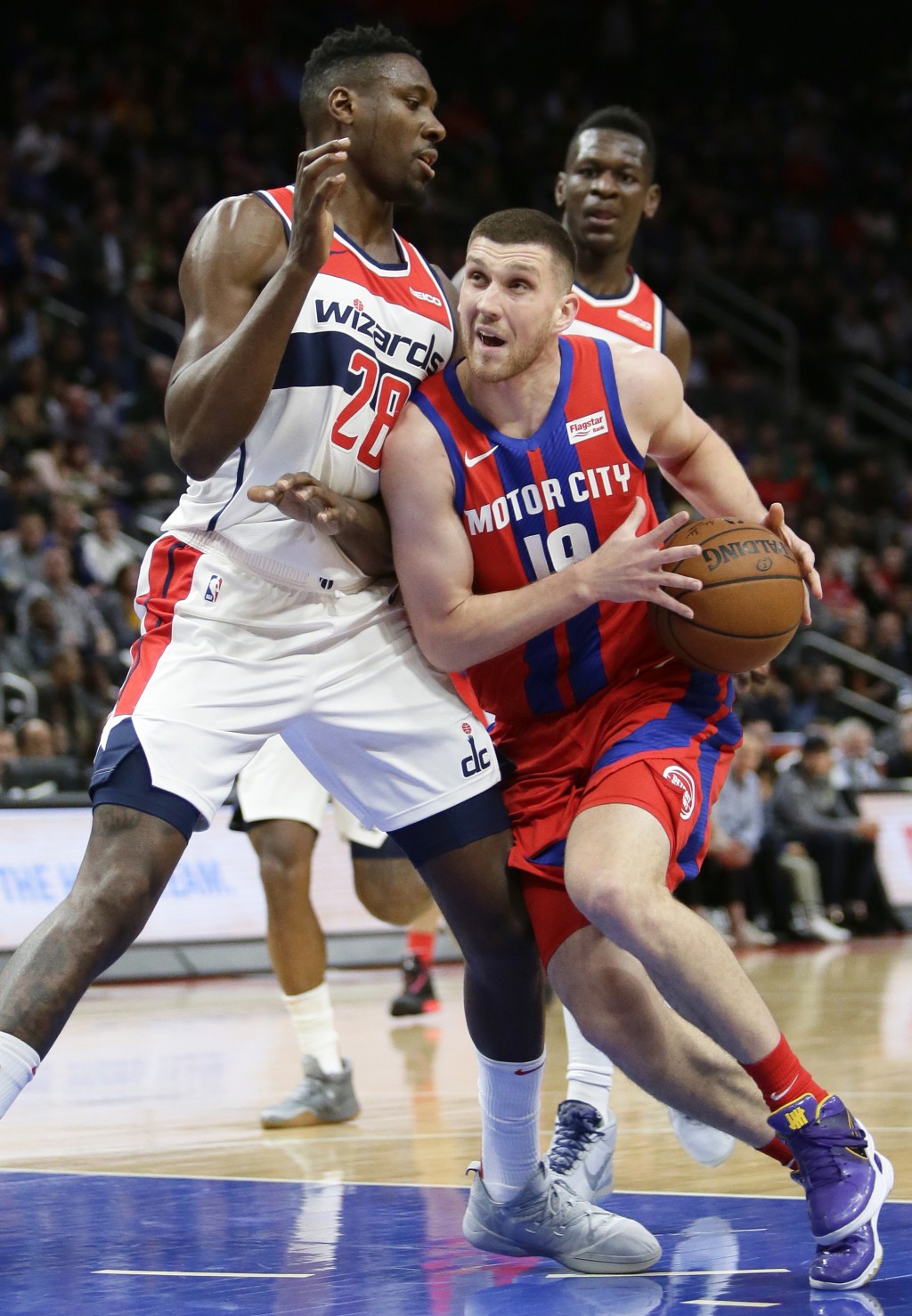 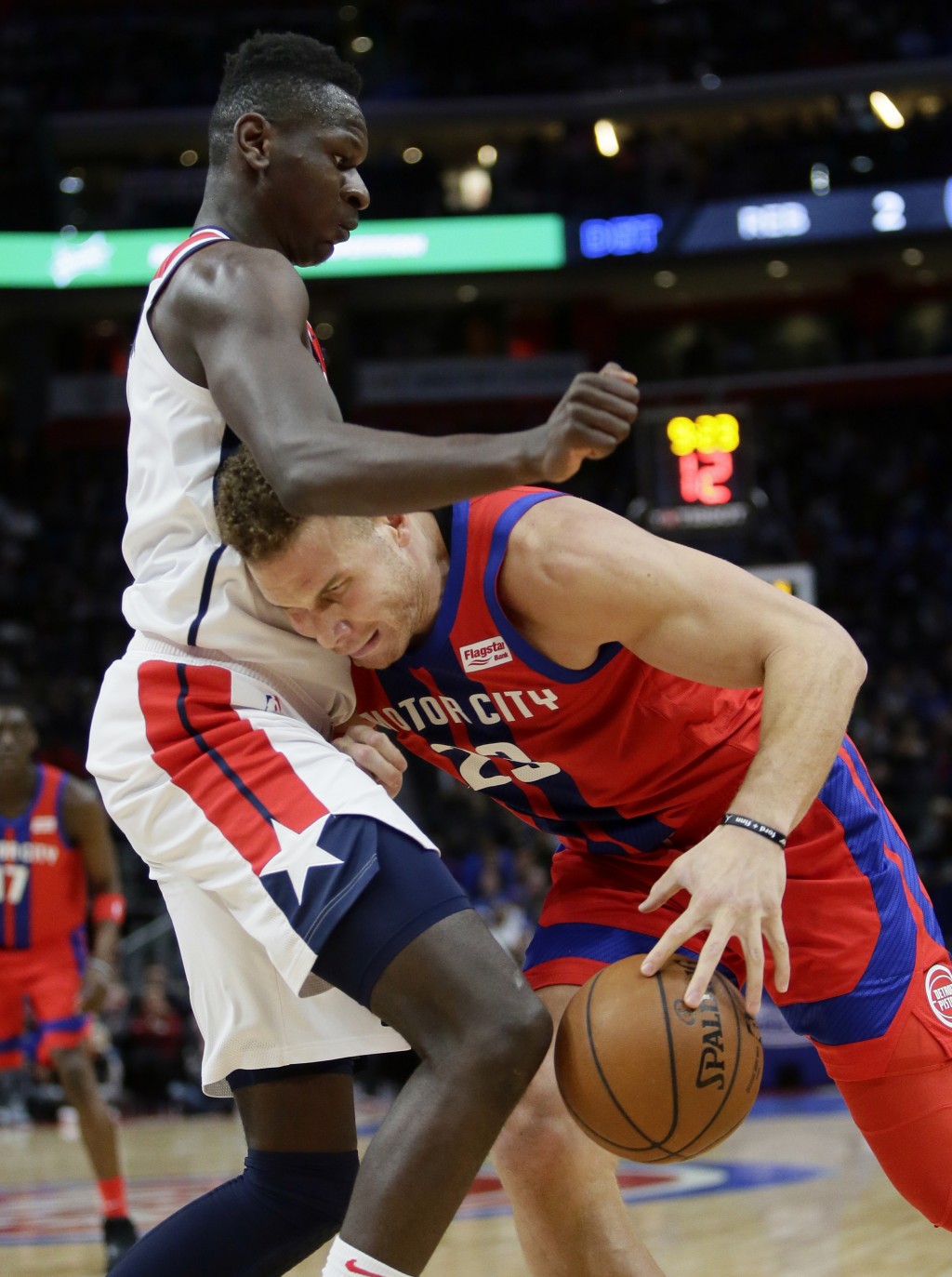 DETROIT (AP) — Blake Griffin had 14 points and a season-high 11 rebounds and the Detroit Pistons routed the Washington Wizards 132-102 on Thursday night in a matchup of short-handed teams.

The Pistons were missing Reggie Jackson (back) and Luke Kennard (knee), while Griffin, Bruce Brown and Derrick Rose played through injuries.

Detroit, which had already lost twice to the Wizards, got 14 points and 10 rebounds from Andre Drummond. Pistons coach Dwane Casey was able to use the lopsided margin to rest his key players, including sitting Griffin for the fourth quarter.

Christian Wood finished with 22 points and Todd Frazier scored 18 for Detroit, which had eight players in double figures.

Anzejs Pasecniks scored a career-high 17 in his fifth NBA game to lead the Wizards. Bradley Beal had 15 points.

Despite a makeshift lineup, the Wizards were able to stay close early, taking advantage of Detroit's defensive rebounding issues. Washington pulled down 45% of their own misses in the first quarter. But, the Pistons moved out to a 68-48 lead by halftime.

The Pistons have struggled all season in the third quarter. They were able to keep the momentum going against the Wizards, pushing their lead to 29 points, 89-60, midway through the period.

Detroit led by as many as 33 points in the quarter.

Wizards: Washington was playing in Detroit on the day after Christmas for the second year in a row. In 2018, Beal and Wall combined for 42 points in a 106-95 loss. Markieff Morris had 12 points for the Wizards in that game and scored four for Detroit this year.

Pistons: The team announced Thursday that Kennard will miss at least two weeks with knee soreness. Kennard had missed two of Detroit's last three games in an attempt to remedy the problem.

WELCOME TO THE LEAGUE

Louis King made his NBA debut for Detroit in the fourth quarter, finishing with two points and a rebound in four minutes.

Washington allowed at least 110 points for the 24th straight game, one short of the longest season-season streak since the 1990-91 Denver Nuggets did it in 28 straight games. The New Orleans Pelicans finished last season with a 25-game streak, while the 1990-91 Nuggets started a 24-game streak one game after breaking the 28-game run.