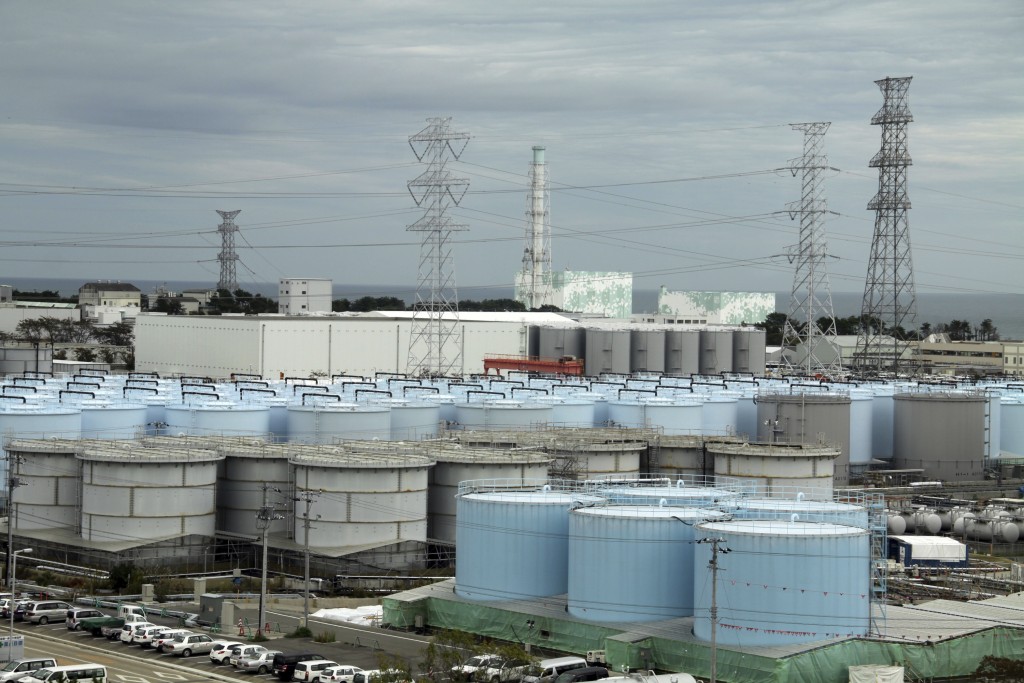 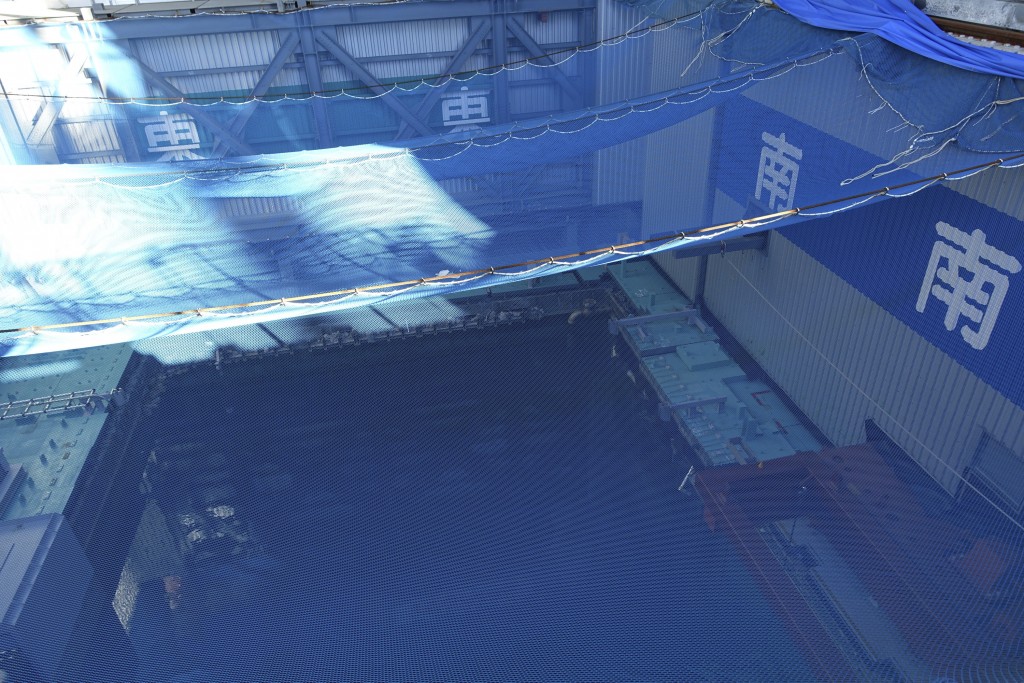 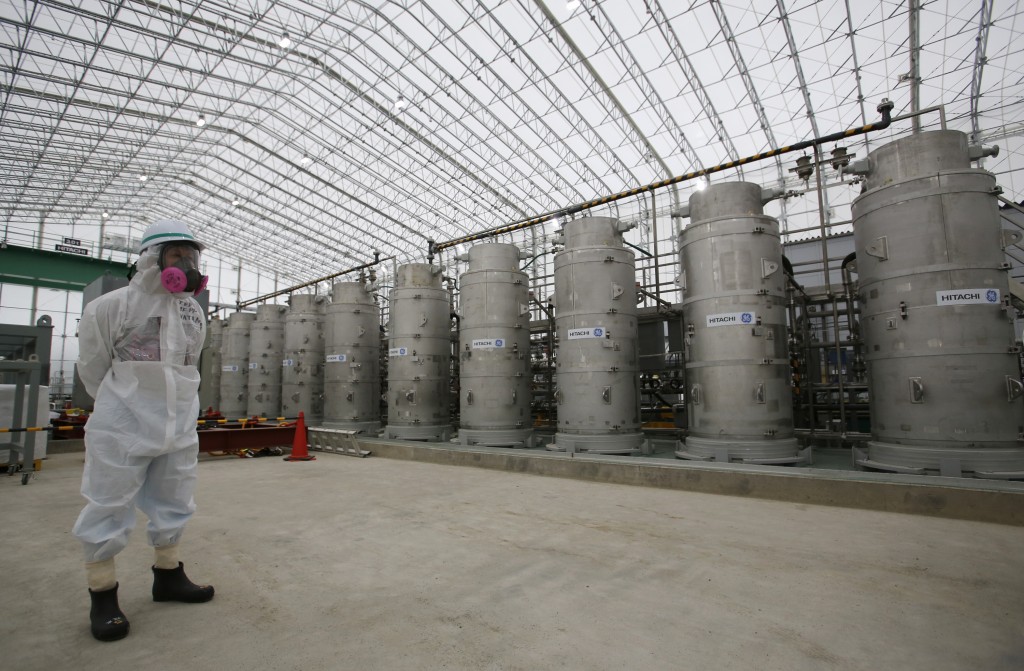 TOKYO (AP) — Japan on Friday revised a roadmap for the tsunami-wrecked Fukushima nuclear plant cleanup, further delaying the removal of thousands of spent fuel units that remain in cooling pools since the 2011 disaster. It's a key step in the decadeslong process, underscoring high radiation and other risks. The government and the plant operator, Tokyo Electric Power Co., still keep a 30- to 40-year completion target.

A look at some of the challenges:

More than 4,700 units of fuel rods remain inside the three melted reactors and two others that survived the 2011 earthquake and tsunami. They pose a high risk because their storage pools are uncovered and a loss of water in case of another major disaster could cause fuel rods to melt, releasing massive radiation. Their removal at Units 1 and 2, after repeated delays, is now delayed by up to 10 years from the initial target of 2018, with more preparation needed to reduce radiation and clear debris and other risks.

Fuel rods removal at No. 1 reactor pool will begin sometime in 2027-2028, after debris is cleaned up and a huge rooftop cover installed to contain radioactive dust. Fuel removal at Unit 2 pool is to begin in 2024-2026. Work at No. 3 reactor pool began in April 2019 and all 566 units will be removed by March 2021. TEPCO has emptied the pool at Unit 4, which was offline and only suffered building damage, and aims to have all remaining rods in reactor pools removed by 2031 for safer storage in dry casks.

TEPCO has been unable to release the 1.2 million tons of treated but radioactive water kept in nearly 1,000 tanks at the plant, fearing public repercussions and impact on the area's struggling fishing and farming. The water keeps growing by 170 tons daily because it is used to cool the melted fuel.

The Ministry of Economy, Trade and Industry recently drafted a proposal to release the water to the sea or the air, or a combination of both. TEPCO says it can only store up to 1.37 million tons until the summer of 2022. Time is limited because preparation is needed before any water release. TEPCO and the government say the tanks pose risks if they were to spill out the contents in another major earthquake, tsunami or flood. They also need to free up space to build storage for melted fuel removed from reactors beginning 2021.

The water is still somewhat contaminated, but TEPCO says further treatment can remove all but radioactive tritium to levels allowed for release. Experts say tritium is not harmful to humans in small amounts and has been routinely released from nuclear plants around the world.

Removing an estimated 880 tons of molten fuel from Fukushima's three melted reactors is the toughest and unprecedented challenge. It's six times the amount dealt with in the aftermath of the 1979 Three Mile Island partial core melt.

A removal is to begin in 2021 at Unit 2, where robotic probes have made bigger progress than at Units 1 and 3. A robotic arm was developed to enter the reactor from the side to reach the melted fuel that has largely fallen to the bottom of the primary containment vessel. A side entry would allow a simultaneous removal of fuel rods in the pool from the reactor's top. A melted fuel removal will begin with just a spoonful, which will be carefully measured and analyzed per International Atomic Energy Agency instructions. The government hopes to gradually expand the scale of removal, though further expertise and robotic development is needed. The first decade through 2031 is a crucial phase that would affect future progress. Units 1 and 3 fell behind due to high radiation and water levels respectively, requiring more investigation.

Japan has yet to develop a plan to dispose of the highly radioactive melted fuel and other debris that come out of the reactors. TEPCO will compile a plan for those after the first decade of melted fuel removal. Managing the waste will require new technologies to reduce its volume and toxicity. TEPCO and the government say they plan to build a site to store the waste and debris removed from the reactors, but finding one and getting public consent would be difficult.

Additionally, there will be an estimated 770,000 tons of solid radioactive waste by 2030, including contaminated debris and soil, sludge from water treatment, scrapped tanks and other waste. They will be sorted out, treated, compacted for safe storage under a plan to be compiled by 2028.

The government says Fukushima's decommissioning cost is estimated at 8 trillion yen ($73 billion), though adding compensation, decontamination of the surrounding areas and medium-term storage facilities would bring the total to an estimated 22 trillion yen ($200 billion). Japan Center for Economic Research, a think tank, estimates that decommissioning alone would cost 51 trillion yen ($470 billion) if the water is not released and a tritium removal technology is pursued.

More than 10,000 workers will be needed annually in coming years, about one third assigned to work related to the radioactive water. Securing experienced workforce for the decadeslong cleanup is a challenge in a country with rapidly aging and declining population. Nuclear Regulation Authority Chairman Toyoshi Fuketa raised concerns about a possible labor shortage following recent minor mishaps at the plant. TEPCO has expressed intention of hiring workers for the decommissioning under Japan’s new policy allowing more unskilled foreign labor, but the plan is on hold following government instructions to address language and safety concerns.