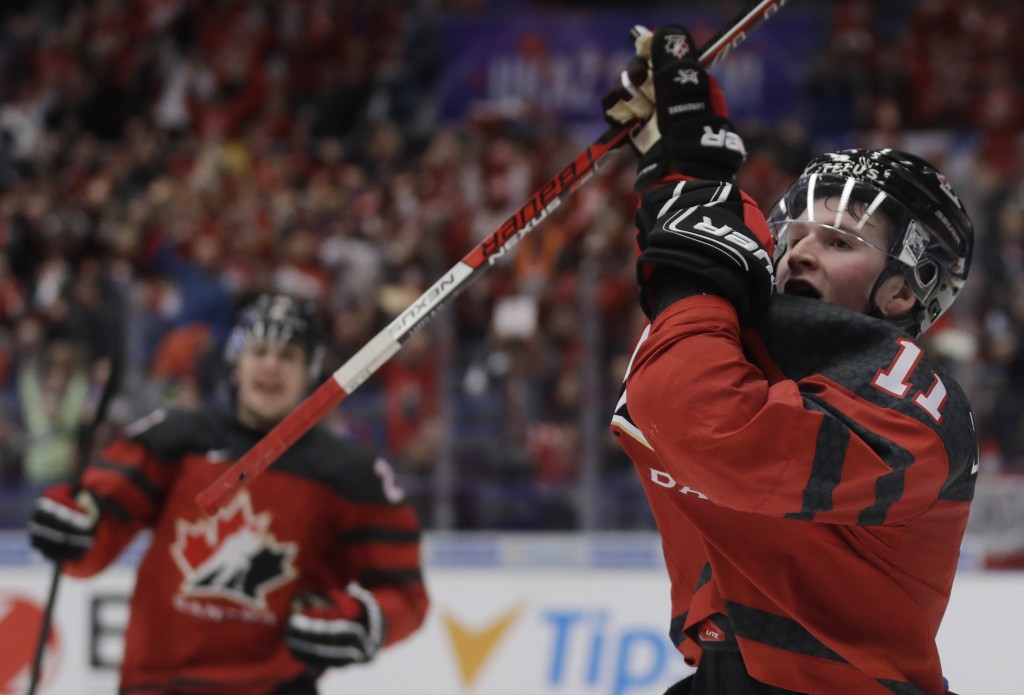 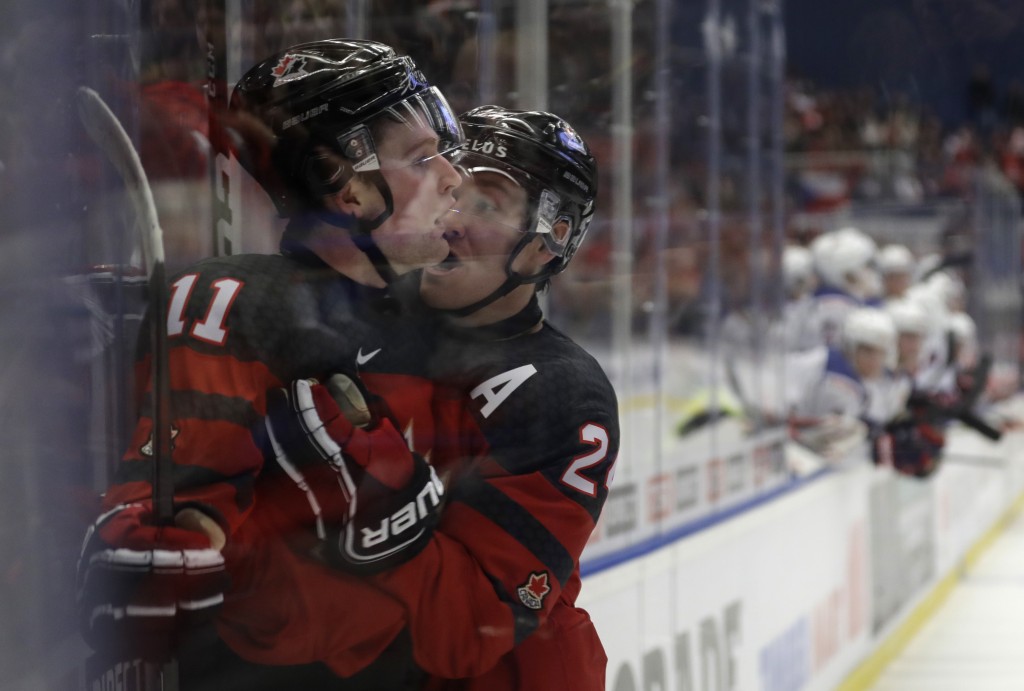 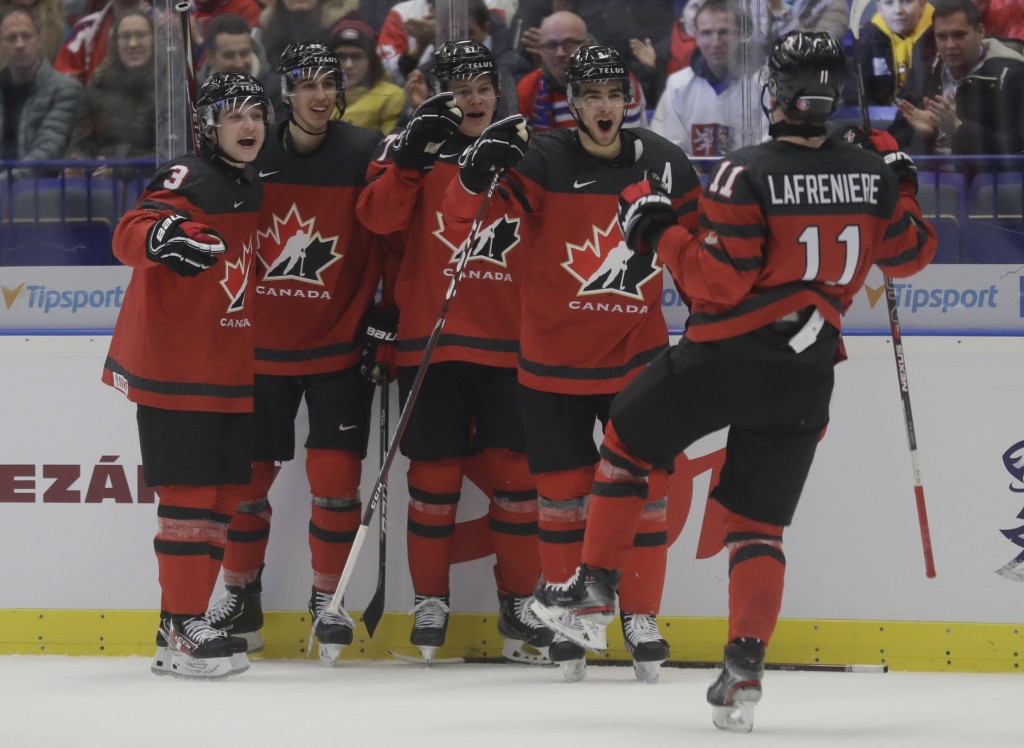 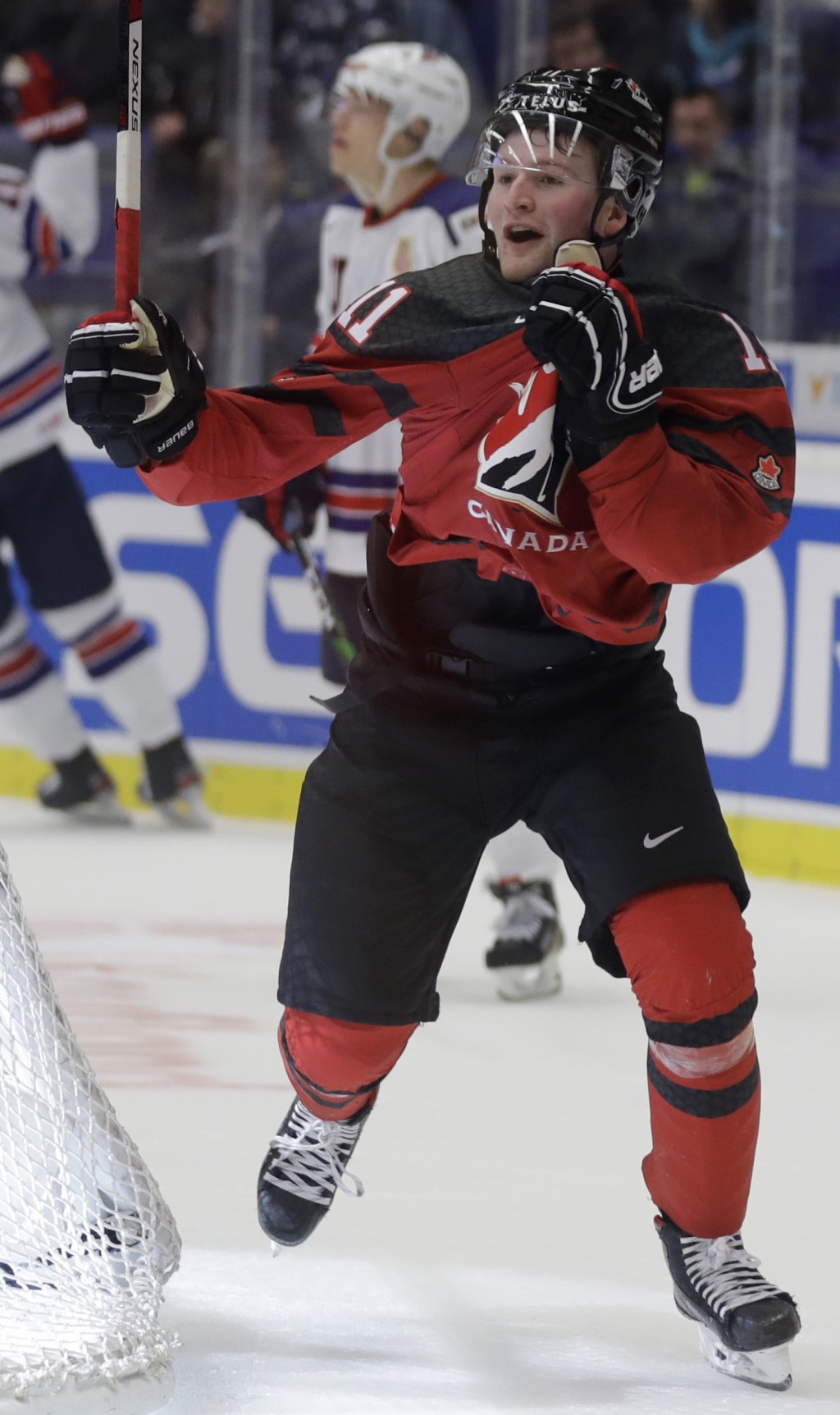 Connor McMichael, Nolan Foote, and Ty Dellandrea also scored for Canada, and goaltender Nicolas Daws made 28 saves in the Group B game.

The U.S. got a pair of goals and an assist from Shane Pinto.

Canada, the most successful team in the competition with 17 titles, is determined to rebound from a sixth-place finish last year when it hosted the tournament. It needed a comeback in its first match.

Pinto and Arthur Kaliyev scored power play goals in the opening frame to give last year's finalist the U.S. a 2-0 advantage.

McMichael, Hayton, and Foote scored in a span of less than 10 minutes in the second period comeback by Canada.

Hayton added his second midway through the third for 4-2, then Nicholas Robertson and Pinto tied it at 4.

Lafreniere, one of the top NHL draft prospects, scored the winner with 3:11 left, and Dellandrea finished it off with an empty net goal.

The U.S. next plays Germany on Friday, while Canada faces Russia on Saturday.

In Group A contested in Trinec, Finland began its title defense by losing to Sweden 3-2 in overtime.

The host Czech Republic defeated Russia 4-3 in Group B, and Switzerland topped Kazakhstan 5-3 in Group A.