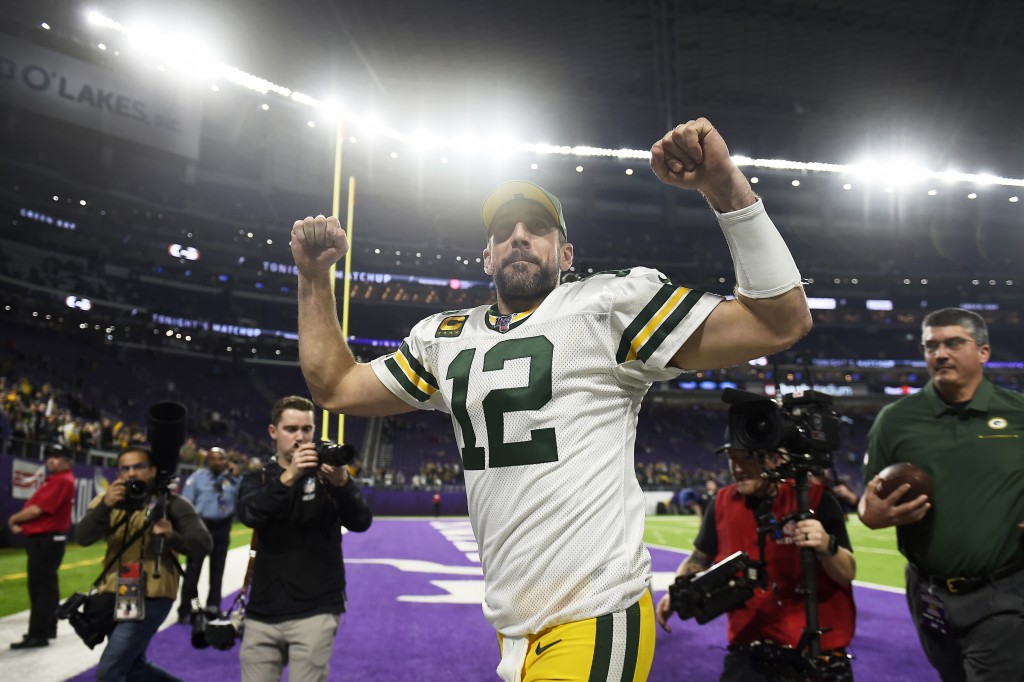 There was actually a point this season when the Detroit Lions looked like real threats in the NFC North.

On Oct. 14, the Lions led 22-13 in the fourth quarter at Green Bay. A victory would have improved Detroit's record to 3-1-1, but some questionable calls and a last-second field goal lifted the Packers to a come-from-behind win.

The Lions and Packers have certainly gone in different directions since then — so much so that their rematch Sunday to close out the regular season will have no impact on the division title. That already belongs to Green Bay. And Detroit has already wrapped up last place.

What is at stake this weekend is seeding. The Packers (12-3) have a chance to clinch a first-round bye with a win, and they could end up with home-field advantage throughout the NFC playoffs if they win and San Francisco loses at Seattle.

No matter what, Green Bay is headed to the postseason for the first time since the 2016 season.

“There’s really nothing like checking that first box on the goal list, winning your division,” quarterback Aaron Rodgers said. "Obviously it secures a home playoff game and now we’re playing for even more.”

The Detroit team the Packers will face is a lot different from the one that nearly won at Lambeau Field back in October. The Lions (3-11-1) have lost eight games in a row and could finish with the second-worst record in the league if they lose this weekend and Washington wins. Detroit has been without quarterback Matthew Stafford for the second half of its season, and he's far from the only key player injured and unable to play.

If the Lions lose this finale, they'll finish with their worst record since going 2-14 in 2009.

This is the fourth consecutive season the Lions have hosted the Packers to end the regular season. Green Bay won 31-24 at the end of the 2016 season in a game that decided the NFC North title. Detroit won 35-11 in 2017 and 31-0 last year, although there was less at stake in those meetings.

In this season's first game between the teams, Green Bay won 23-22 thanks in part to two disputed calls against Detroit defensive end Trey Flowers. The Lions led 22-13 when a hands-to-the-face penalty gave Green Bay a first down. The Packers scored a touchdown and later got the ball back and drove for the winning field goal.

Green Bay would have had to try that field goal from farther out if not for another hands-to-the-face call. That penalty meant the Packers could run the clock all the way down before kicking.

Green Bay's Aaron Jones leads the NFL with 16 rushing touchdowns, and Detroit's Kenny Golladay is the leader with 11 receiving TDs.

“He’s made the plays,” coach Matt LaFleur said. "Aaron’s done a great job, and it seems like when he gets close to that goal line, he’s just got that will to make sure he gets across the goal line.”

DOWN THE DEPTH CHART

With Stafford and Jeff Driskel injured, the Lions have gone with David Blough at quarterback. After an impressive first quarter on Thanksgiving against Chicago, he's struggled, and his passer rating is now at 68.8.

The Lions have indicated they want to keep going with Blough this week, but with only one game remaining, it wouldn't be a shock if Detroit gave Kyle Sloter a few snaps. The 25-year-old Sloter has yet to play in a regular-season game.

“I feel like I've gone out there in the preseason and put my best foot forward in every single game that I've been in for three years," said Sloter, who signed with the Lions at the end of last month. "Haven't quite gotten that opportunity yet, but just trying to keep the faith and know that something good's going to happen down the line if I keep doing what I'm doing.”

Z IS FOR ZA’DARIUS

Za’Darius Smith wasn’t on the initial Pro Bowl rosters, but the Packers' outside linebacker has been impressive since he was acquired by Green Bay in March through free agency.