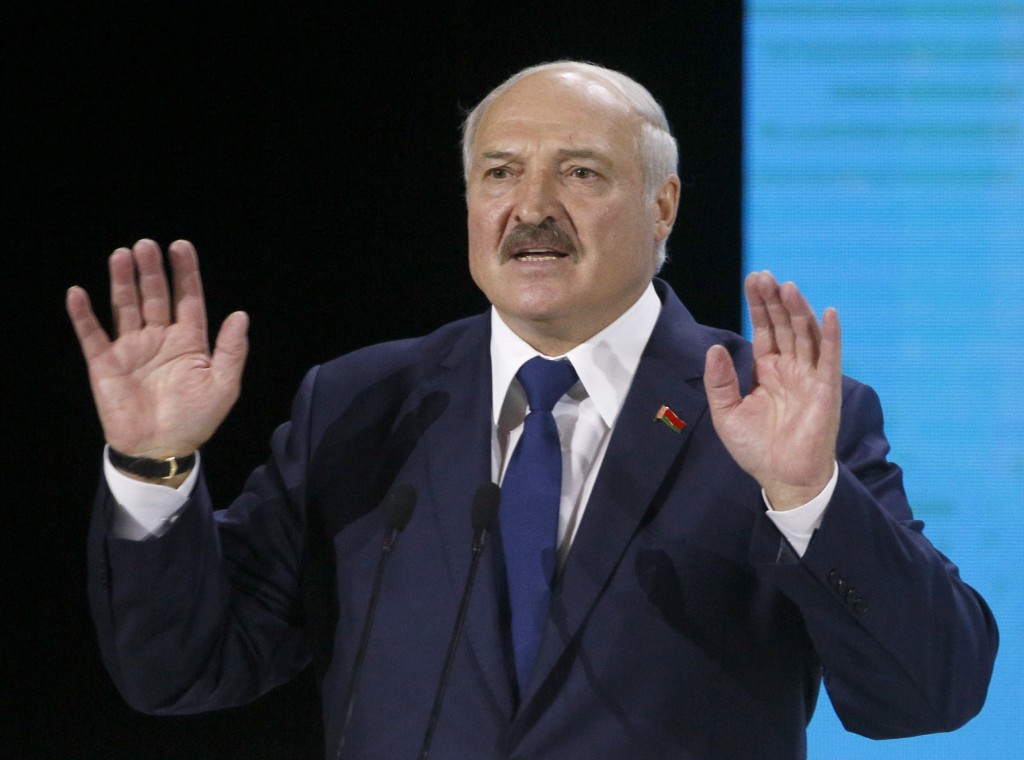 MINSK, Belarus (AP) — Courts in Belarus on Thursday sentenced about 20 participants in protests against closer integration with Russia to short jail sentences and fines.

The opposition rallies earlier this month were triggered by two rounds of talks between Russian President Vladimir Putin and Belarusian counterpart Alexander Lukashenko.

Many in Belarus feared the negotiations on closer economic ties could pave way for Russia's takeover of its western neighbor. Such concerns were triggered by Moscow's 2014 annexation of Ukraine's Crimean Peninsula.

A court in the Belarusian capital Minsk sentenced the protests' organizer Pavel Severinets to 15 days in jail and a fine equivalent to $610. About 20 participants in the rallies were also sentenced to fines and arrests by Minsk courts.

Lukashenko, who has ruled Belarus for a quarter century with little tolerance for dissent, has relied on Russian energy subsidies and loans to keep his nation's Soviet-style economy afloat.

Russia has recently increased energy prices and cut subsidies for Belarus to push it toward closer integration, but the Belarusian leader rejected Moscow's overtures and vowed to uphold Belarus' independence.

Authorities allowed the unsanctioned rallies to proceed — an unusual show of tolerance in a country where police routinely disperse opposition protests.