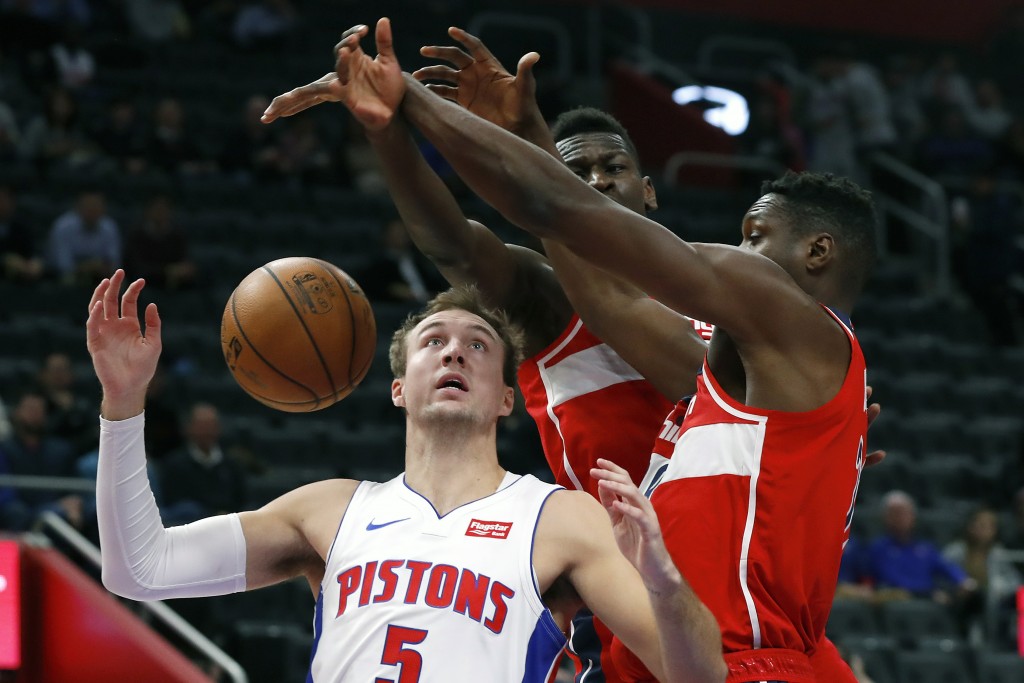 DETROIT (AP) — Detroit Pistons guard Luke Kennard is expected to be out of the lineup for two weeks because of knee tendinitis.

The team made the announcement Thursday, saying Kennard will be evaluated again before returning to play in early January.

The third-year pro is averaging nearly 16 points per game, tied with Blake Griffin and trailing only Andre Drummond in scoring on the team. Kennard is making a team-high 2.6 3-pointers per game and 4.1 assists to rank second on the team.

The former Duke star averaged fewer than 10 points per game during his first two NBA seasons after Detroit drafted him No. 12 overall in 2017.