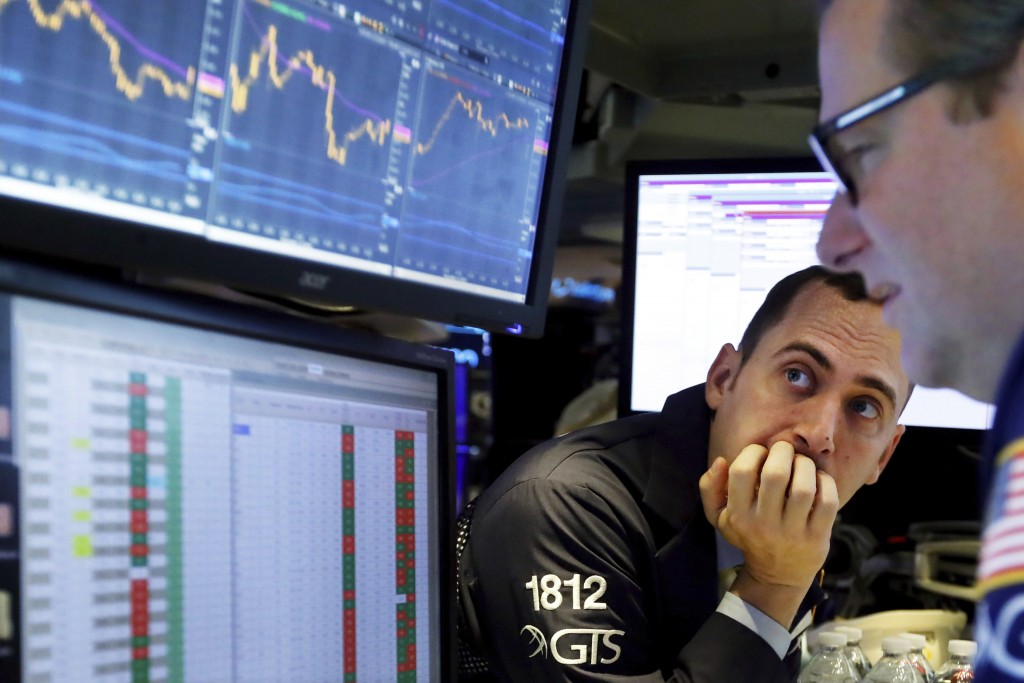 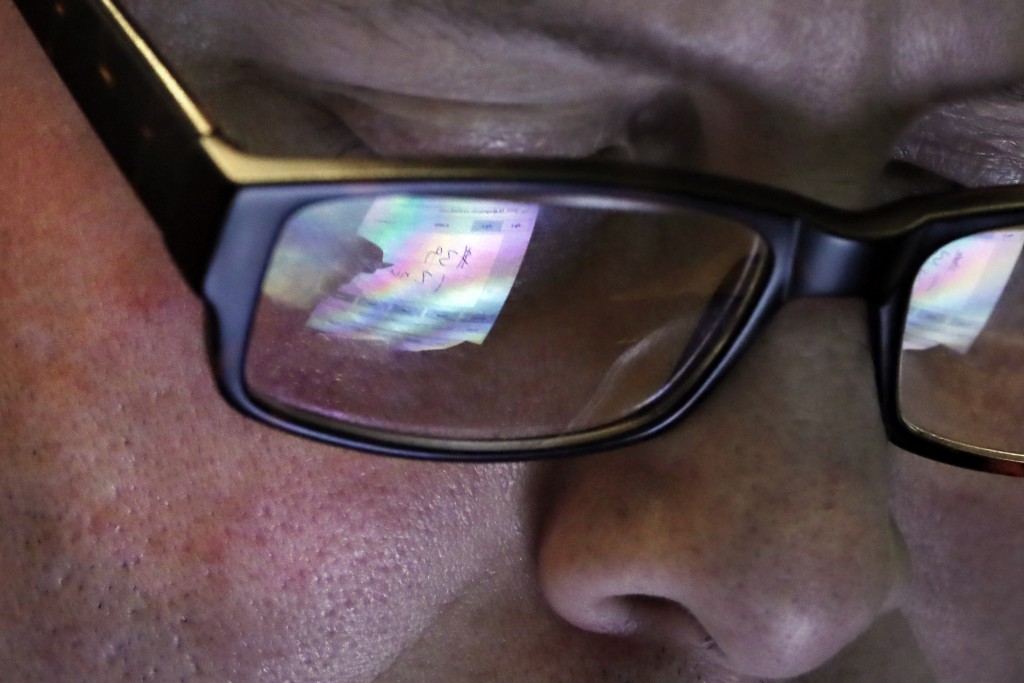 On January 4, Federal Reserve Chairman Jay Powell said the central bank would be "patient" with its interest rate policy following four increases in 2018. The S&P 500 soared 3.4% and by the end of the month was up nearly 8%.

January's swing helped set the tone for a year in which the market responded to every downturn with a more sustained upswing. Along the way, stocks kept setting records — 32 of them for the S&P 500 by Dec. 20, and 19 for the Dow Jones Industrial Average.

By its final policy meeting in December, the Fed had completely reversed course and cut rates three times in what Powell called a pre-emptive move against any impact a sluggish global economy and the U.S.-China trade war might have on U.S. economic growth. The stock market, and most Fed observers not named Trump, approved of the Fed's actions.

Investors' uncertainty over trade policy eased by December as Washington and Beijing reached a modest, interim agreement that averted a new round of tariffs on $160 billion worth of Chinese imports and reduced existing import taxes on about $112 billion in other Chinese goods.

While the pact left unresolved some of the thorniest issues between the two countries, investors appeared happy to have a de-escalation in trade tensions now and push off lingering concerns until 2020.

Through it all, the U.S. economy and consumers' appetite for spending remained resilient, supporting the market's record-shattering, year-end rally.

Investments around the world were winners in 2019 as central banks unleashed more stimulus to bolster the global economy against the damage created by President Donald Trump’s trade war. Not only did U.S. stocks rise, so did high-quality bonds, low-quality bonds and foreign stocks. Among the few losers: junk bonds with the very lowest credit ratings, but a better performance from bonds with bad but not the worst ratings meant high-yield indexes still generally made gains.

The U.S. economy withstood a number of challenges in 2019. President Trump's trade war with China intensified as both sides increased tariffs. Fears of recession spiked in late summer and fall as exports fell and businesses, facing higher costs on imported goods, cut back spending on new machinery and equipment. Overseas economies also stumbled, with Germany nearly falling into recession and growth in the U.K. slowing amid Brexit uncertainty. Still, the U.S. consumer kept spending as the unemployment rate hit a 50-year low and wage growth picked up for workers outside managerial ranks. Most economists expect modest growth in 2020.

For initial public offerings, 2019 was like a year in Hollywood: There were some phenomenal successes and some notable flops. Ride-hailing giant Uber and rival Lyft were huge disappointments. Video-conference company Zoom and workplace messaging company Slack each soared on their first day of trading, but while Zoom kept zooming Slack, well, slacked off after that. For non-tech companies, Beyond Meat and its plant-based burgers hit the spot while SmileDirectClub produced mostly frowns. WeWorks' botched IPO signaled a change in IPO investors' mindset.

Technology stocks soared in 2019 and far outpaced every other sector in the S&P 500. Chipmakers, including Advanced Micro Devices and Lam Research, made some of the biggest gains, despite a trade war that threatened business in China. Apple and Microsoft had their biggest share gains in a decade and each topped $1 trillion in market value. Energy stocks gained the least amid concerns that oil supply is outpacing demand.

Corporate profits hit the brakes in 2019, a year after a big tax cut helped juice results. On top of no longer getting the benefit of the first year of lower tax rates, a slowing global economy weighed on company revenues. If S&P 500 companies end up reporting four straight quarter of declines for 2019, as analysts expect, it would be the first time that’s happened since 2015-16. Still, analysts tend to set low expectations that most companies are able to beat, so investors aren't panicked by the slower profit growth.

CAN NEGATIVE BE A POSITIVE?

Would you pay someone to lend money to them? The practice has become more common around the world — $13 trillion in bonds globally had negative yields as of November, according to Deutsche Bank. Much of that total is from Japan, France and Germany, countries that account for nearly a quarter of all the world’s bonds. It’s the result of shock-therapy by the European Central Bank and others to try to jolt their economies and inflation higher.

The Federal Reserve changed course on interest rate policy this year, cutting its benchmark rate three times after more than two years of increases. Chairman Jerome Powell portrayed those cuts as "insurance" against a slowdown resulting from weak global growth. Prior to late 2015, the Fed had been keeping rates at a record low near zero to stimulate the economy. In December, the Fed said it was prepared to keep rates low at least through next year.

A strong labor market and a steady decline in mortgage rates stoked demand among would-be homeowners this year, driving U.S. home sales higher. A persistently limited supply of previously occupied homes for sale at a time when millennials are increasingly seeking to become homeowners also helped to stoke demand, even though affordability remained a challenge in many markets. The housing trends favored U.S. homebuilders, whose shares surged well above the broader market.

Retailers had a mixed year as they continued beefing up their online sales strategies amid declining foot traffic. Department stores, and Macy’s in particular, fell sharply. Specialty retailers did much better, with electronics retailer Best Buy, car dealership chain CarMax and home improvement retailers Home Depot and Lowe's among those making sharp gains. As the year wound down, retailers were hoping that low unemployment, higher wages and the record-setting stock market would translate into robust holiday shopping.

Plant-based meat has gone mainstream. Beyond Meat, which makes burgers and sausages from pea protein, had one of the most successful IPOs of the year. Burger King’s soy-based Impossible Whopper was a big hit. Tyson Foods, Nestle and Kellogg all introduced plant-based meats. Health and animal welfare concerns are driving the trend. U.S. plant-based meat sales jumped 10% this year, to nearly $1 billion; traditional meat sales rose 2% to $95 billion in that same time, Nielsen says.