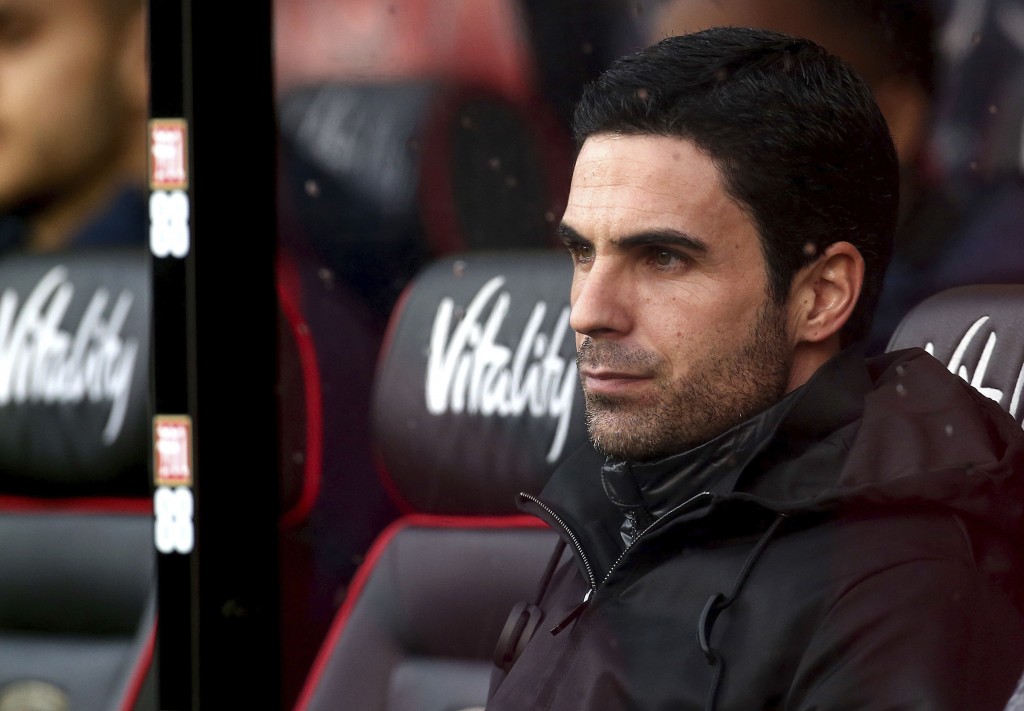 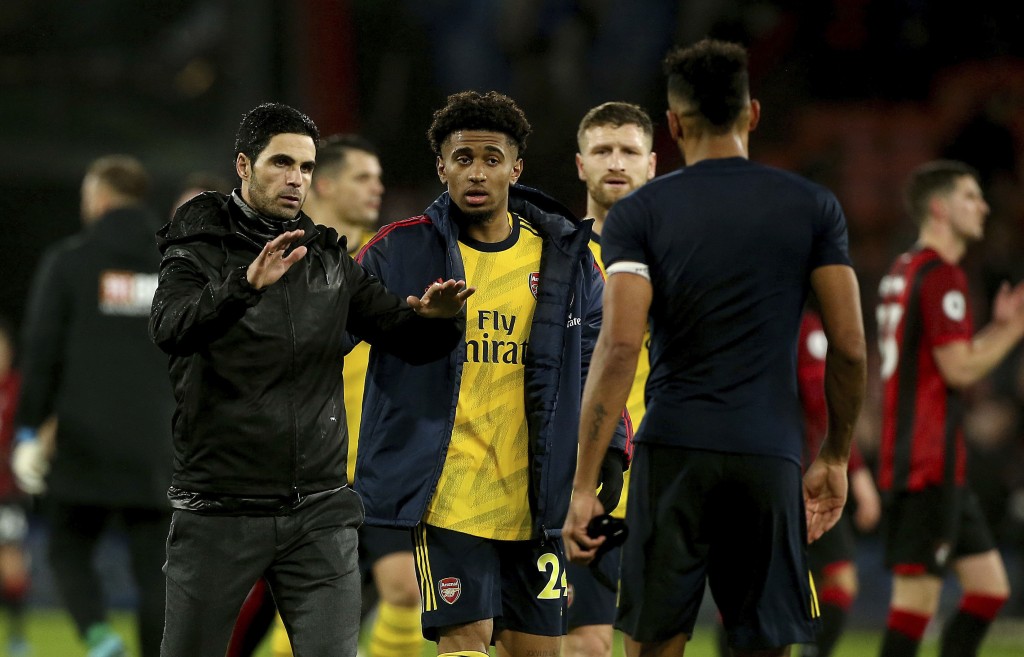 Aubameyang's 63rd-minute goal was his 12th in the league — putting him second overall behind Leicester's Jamie Vardy.

Dan Gosling opened the scoring for Bournemourth in the 35th.

After Alexandre Lacazette was off target for Arsenal in the first half, Gosling punished slack defending when he turned in Jack Stacey's cross from the right.

The Gunners could have been 2-0 down at the break.

Joshua King embarked on a strong solo run down the left and, after using his strength to hold off the last defender, almost managed to poke the ball through goalkeeper Bernd Leno's legs from a narrow angle.

Arsenal improved after the interval and Aubameyang finished first time after Reiss Nelson's effort from the edge of the penalty area deflected into his path.

Substitute Joe Willock had a chance to win the game right at the end, but his injury-time shot was too close to the goalkeeper.

Arteta, a former Arsenal midfielder, was given a warm welcome from the traveling fans who are desperate to see signs of improvement.

He has much work to do after replacing Unai Emery and interim coach Freddie Ljunberg, with home games against Chelsea on Sunday and Manchester United on Jan. 1.

After learning the coaching ropes as assistant to Pep Guardiola at champion Manchester City, Arteta signed a 3 1/2-year contract. Emery was fired in late November after the team's worst run in 27 years.