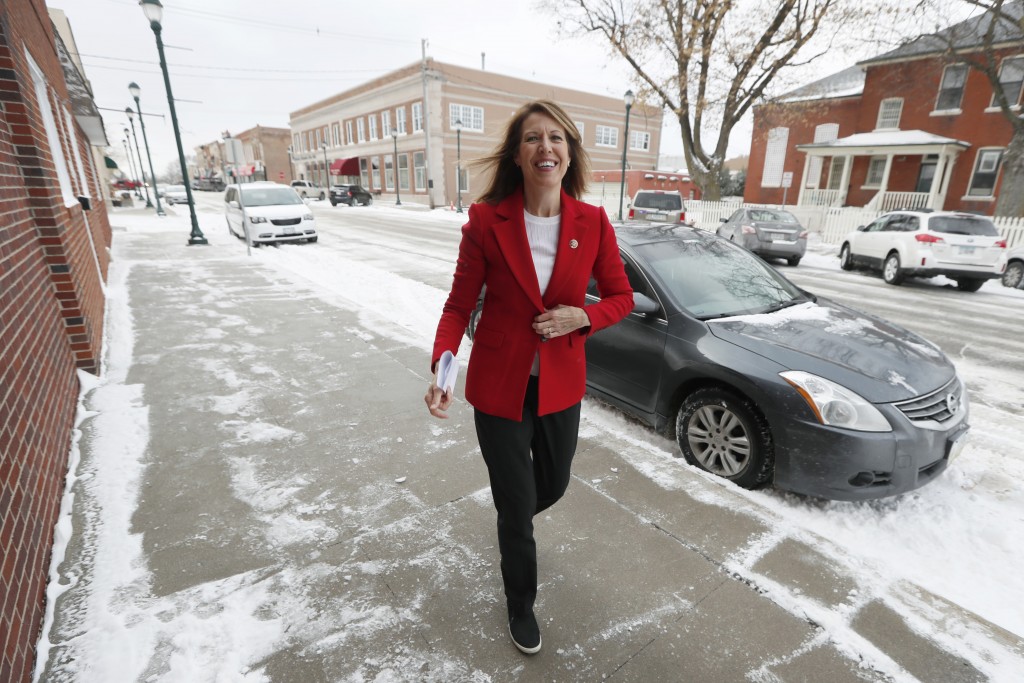 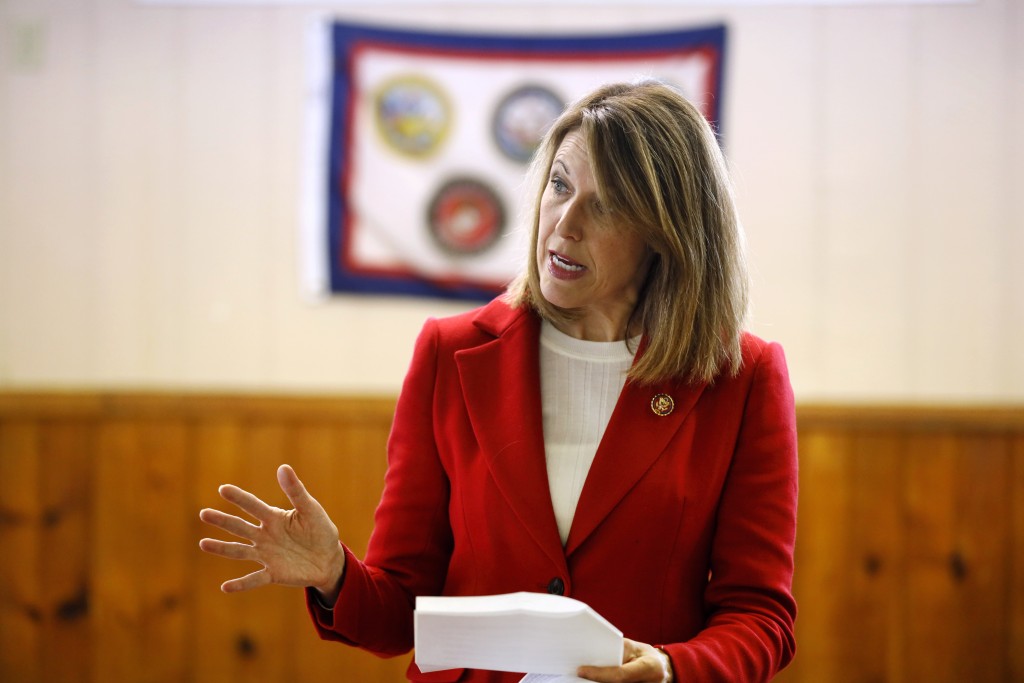 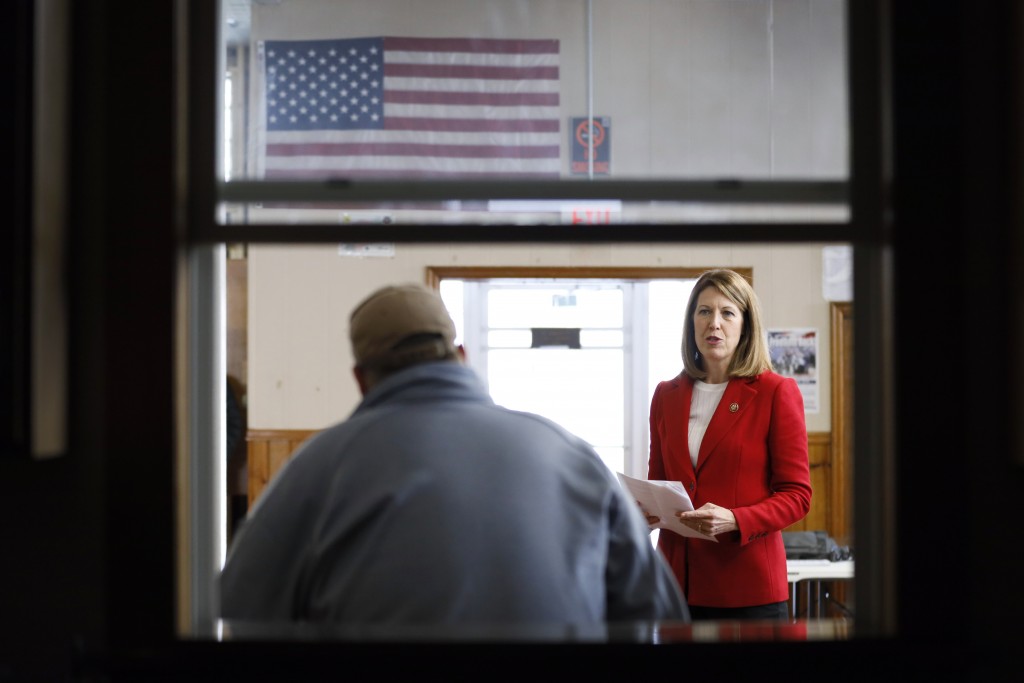 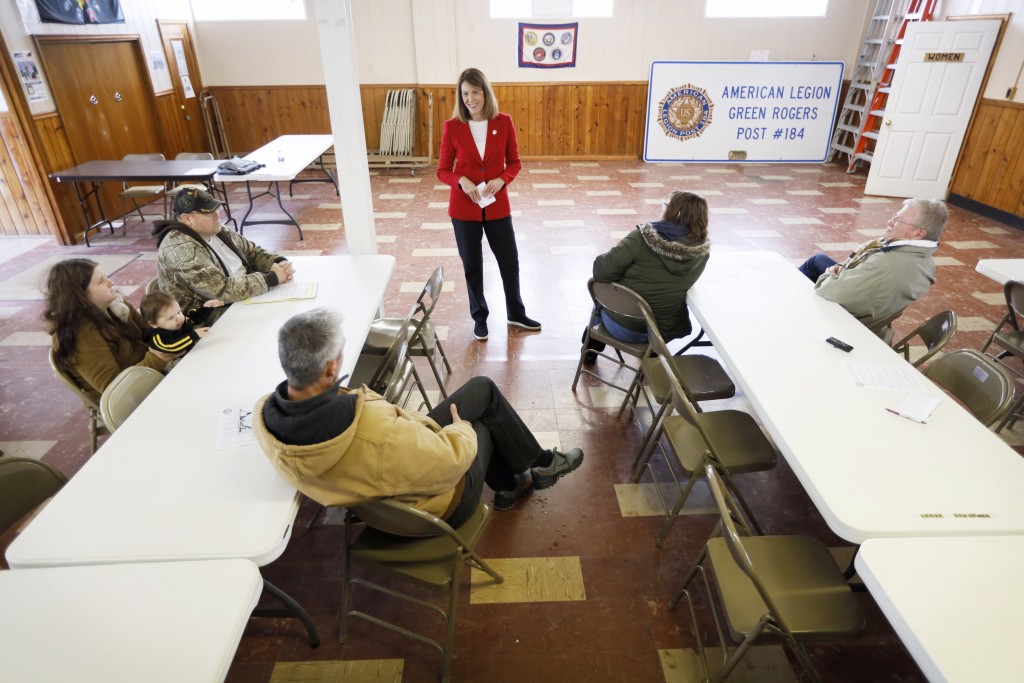 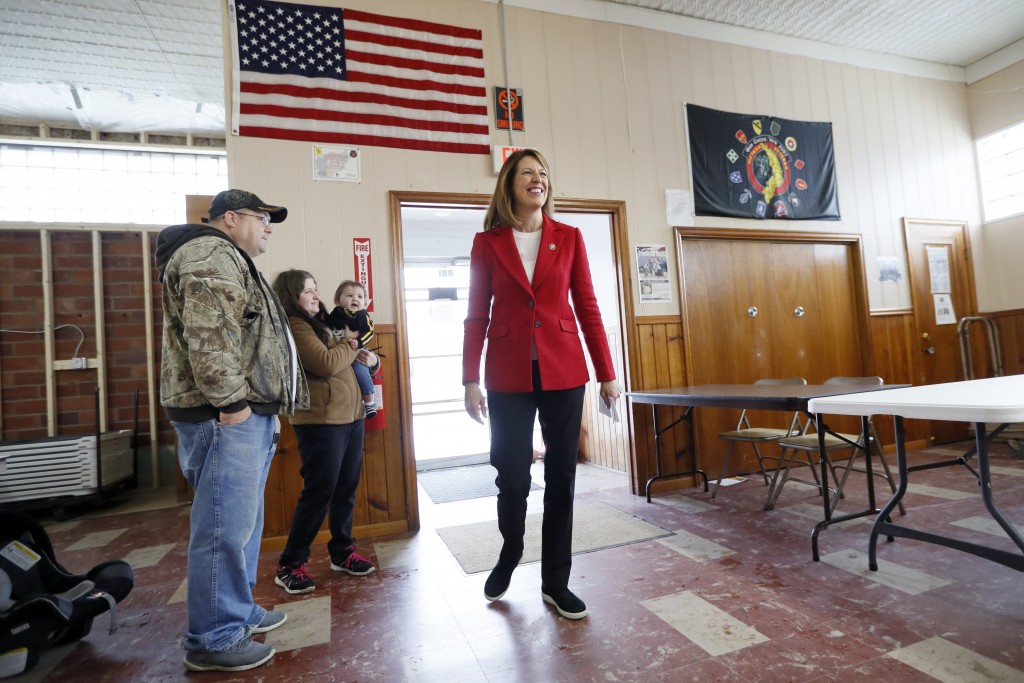 WINTERSET, Iowa (AP) — When Cindy Axne crunched through fresh snow and into the American Legion hall in Winterset, the freshman Iowa congresswoman knew most of the dozen constituents waiting inside the chilly room had likely voted against her.

The same was true later that day at her “Connect with your Congresswoman” event 50 miles away in Panora and at the previous week’s gatherings in Red Oak and Crescent. As Axne will readily acknowledge, venturing into hostile political territory is almost inevitable when you lost 15 of your district’s 16 counties in the last election.

But rather than focus on the supporters in urban Polk County who were enough to power her to victory, she is returning again and again to the deeply conservative small towns she lost as she tries to solve a puzzle that bedevils her party nationwide:

Can a Democrat win over rural voters who now overwhelmingly back Republican candidates? Will lavishing attention on their issues and repeatedly showing up in their communities make a difference?

“What I’m trying to do getting out in rural areas is to show that it doesn’t matter what letter is behind my name, I’m doing the work for you and I’m here to be your voice,” Axne said. “I think we need to start breaking down that rural and urban divide that has been created in this country.”

Her experience could be a lesson for candidates in both parties pondering the growing blocs of constituents who see themselves as part of an opposing political tribe. Can Republican candidates still reach residents of metropolitan areas that are growing more progressive? Then there are the Democrats who currently control the House but are now all but extinct in largely rural districts like Axne's, which stretches from Des Moines west to the Nebraska border and south to Missouri.

With many elections closely contested, finding a way to at least lessen the overwhelming losses in opposing territory has become a high priority for candidates in both parties.

“She’s not going to be able to move heaven and earth, but there’s a couple percentage points that I’m sure are movable there,” said Seth McKee, a Texas Tech political science professor who has written about U.S. political polarization. He notes studies show that voters now are motivated more by their disdain for the opposing party than support for their own.

Axne edged out Republican incumbent David Young 49 percent to 47 percent in 2018 in what proved a strong year for Democrats, as they flipped 40 GOP House seats nationwide.

Now, Axne, 54, insists that just bolstering her margin for the next election isn't her mindset. Although she's spent most of her life in urban areas, including starting her own digital marking business and raising two sons with her husband in a Des Moines suburb, she said she's always felt a connection with the country and the state's small towns that stemmed from summers spent on her grandparents' farm.

In her talks in communities like Winterset, Axne tells residents how she’s pushing to resolve trade disputes that have caused corn and soybean prices to plunge, about her legislation to expand rural broadband and about her entrepreneurial initiatives designed to help small towns, many of which have half the populations they had a century ago.

It's a message that seems well suited to Winterset, a community of 5,200 people with a movie theater, coffee shop, cafe and antique stores lining the courthouse square. The seat of Madison County is largely dependent on the corn and soybean fields that surround the city but is also known as the birthplace of John Wayne and for the nearby covered bridges that were featured in the book and movie, The Bridges of Madison County.

Whether rural residents will take Axne's promises to heart is another matter. Madison County is 97 percent white and reliably votes Republican. Axne lost Madison County 62% to 33% in 2018. And the totals in some of her district's other rural counties were even more lopsided, with Axne losing by 33 points in Adair County, by 36 points in Adams County and 37 points in Page County.

Meanwhile, Polk County, which includes suburbs of Des Moines, gave Axne 66% of her total vote in the election, but it gets only a sliver of her attention now.

She maintains she can be an ally of rural residents. Besides face-to-face meetings with constituents, she regularly appears on rural radio stations and meets with weekly newspaper editors. In addition to winning over more rural voters, she's set her sights on winning at least one more county, Dallas County, which includes suburban neighborhoods.

Young, who is seeking to win back his seat, doubts anyone is buying it.

“She talks of moderation and common sense when she's in Iowa but in Washington she votes 97% of the time with Nancy Pelosi," said Young, 51, who represented the district for two terms after a long career as an aide to Iowa U.S. Sen. Charles Grassley and other Republican lawmakers.

Young points to Axne's support of environmental regulations he argues would hurt farmers, her skepticism toward Republicans' 2017 tax cuts and her support for a public option for health insurance that he contends would hurt rural hospitals.

“She can spend time in the rural counties, and everybody should, but she’s getting no traction there,” Young said.

Any outreach by Axne has been further complicated by Democrats' move to impeach the president, given that Adair County voters favored Donald Trump over Hillary Clinton by 36 points. In her appearances Axne steers away from talking about Trump, but she voted with other House Democrats to impeach him.

“You can come and smile and shake hands with us all you want to but if you're not going to walk the walk when you get there, we don't care,” said Frederick, 34, a real estate agent.

On the snowy day in Winterset, constituents pepper Axne with questions about health care, Social Security, agricultural policy, military action and veterans issues. Axne notes her support of the Affordable Care Act and job training, but she also calls for quicker action by the president and House Democrats on trade policies that have hurt farmers.

“I’m going to stand up for my constituents, whether it’s against my party or the administration,” she told the group.

Greg Hoenig of Winterset said he typically favored Republicans but appreciated Axne spending an hour at the veterans hall.

“I believe it’s worthwhile but I don’t know if it will work” in changing people's minds, he said.

Thaddeus Smith, the executive director of the Madison County veterans organization, said he was impressed with her determination.

“If you come personally, I’ll consider voting for you,” he said.

Rep. Dave Loebsack, a Democrat who is retiring next year after seven terms representing a southeast Iowa district with plenty of rural areas, acknowledged it’s not easy to hold events amid people who are opposed to you, but that the effort isn't necessarily futile.

“One of my favorite things is being in a supermarket or something and having people come up who say, “You’re the only Democrat I vote for,’” he said.