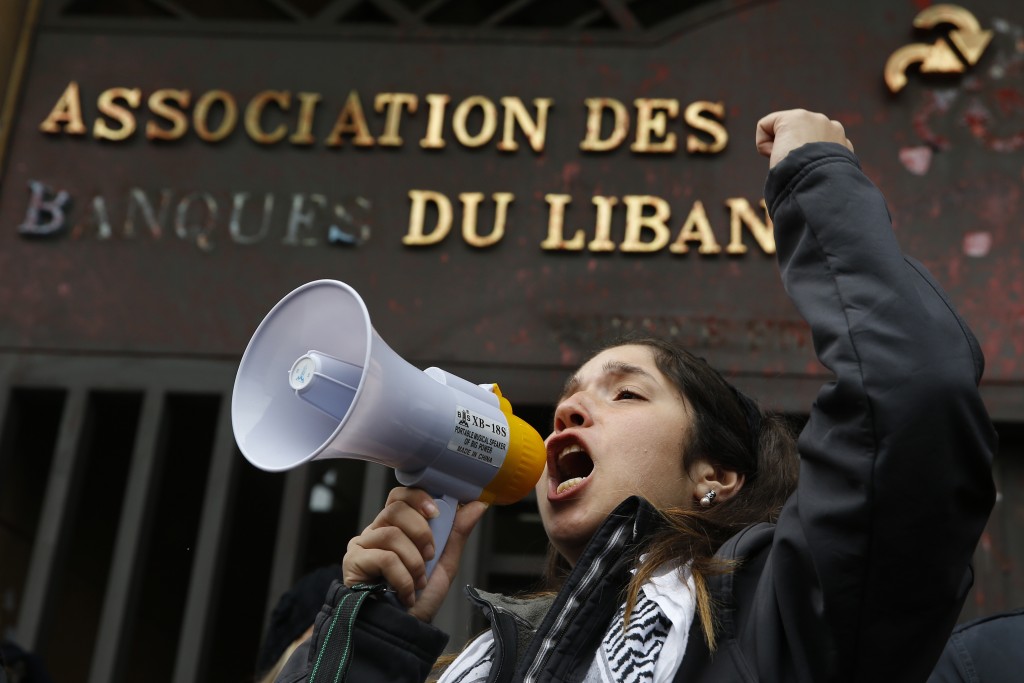 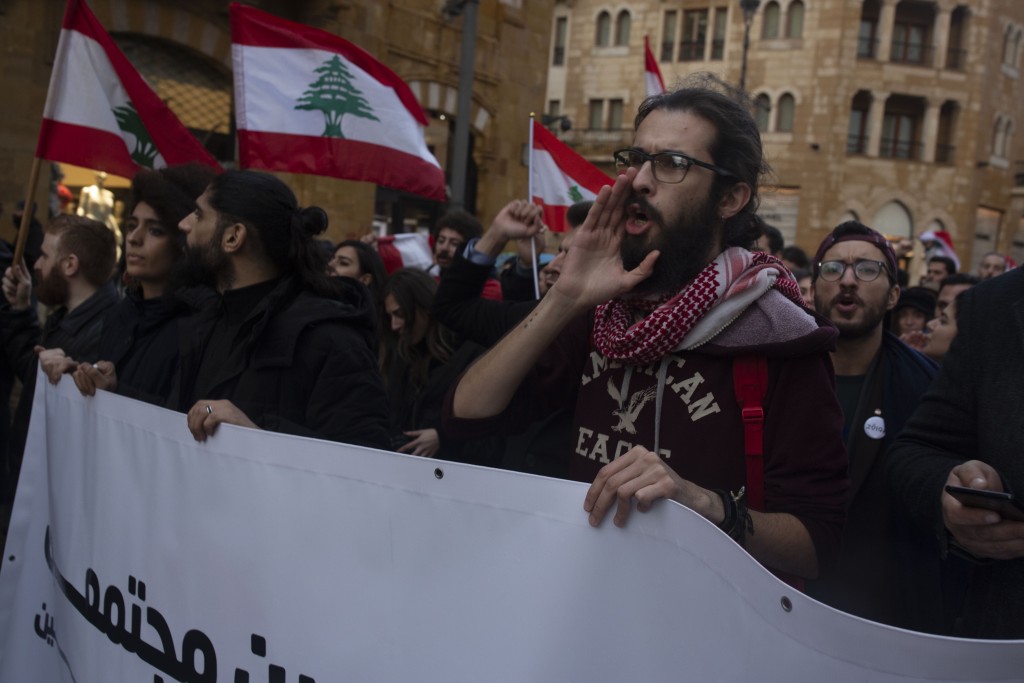 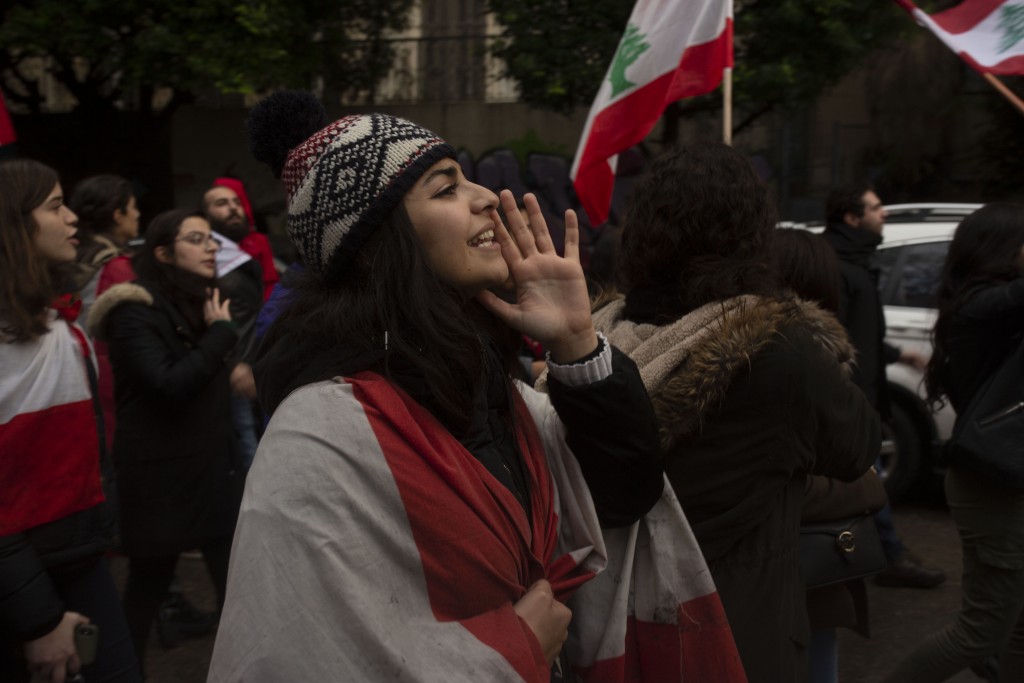 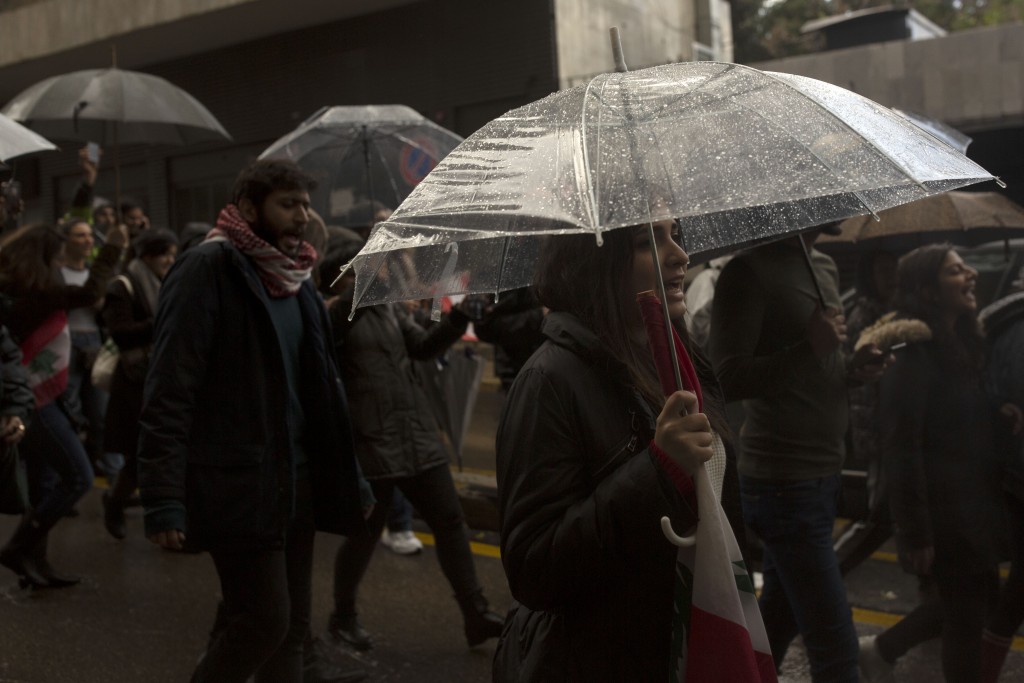 BEIRUT (AP) — Dozens of protesters staged a sit-in outside the central bank and the Lebanese Banks’ Association building Thursday to protest the banks' policies amid unprecedented capital controls.

The protesters called on citizens to stop paying their loans and taxes and demanded that loan payments be rescheduled after amending interest rates.

Banks have imposed weekly limits on withdrawals of U.S. dollars amid a shortage in liquidity and as the country grapples with its worst economic and financial crisis since the end of the 1975-90 civil war. The country has been without a prime minister since ongoing mass protests forced the resignation of Premier Saad Hariri on Oct. 29.

Meanwhile, layoffs are increasing, salary cuts have become the norm and prices are quickly rising.

Central Bank Governor Riad Salameh told reporters Thursday the bank would investigate all bank transfers that took place in 2019, referring to recent reports that senior politicians were allowed to transfer money abroad even as they imposed unprecedented restrictions on transfers and withdrawals by rank-and-file depositors.

“We hope the country improves so the economy can improve,” Salameh said, without commenting directly on the controls imposed by the banks, which many experts say are illegal.