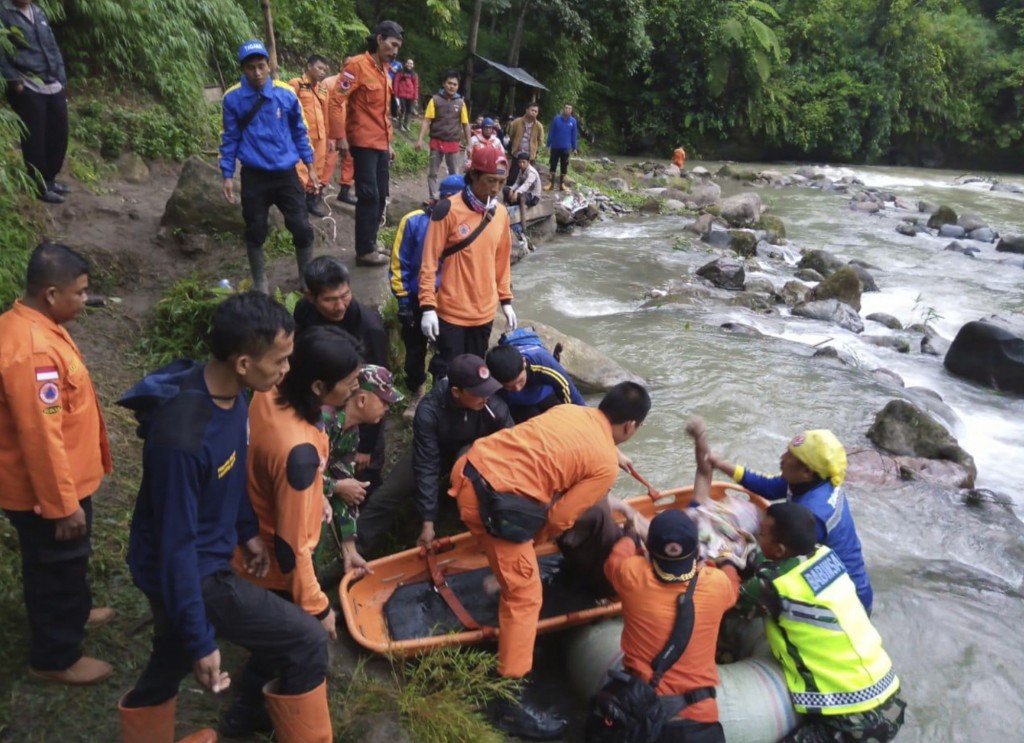 PALEMBANG, Indonesia (AP) — Indonesian authorities on Thursday ended their search for victims on a bus that plunged into a ravine on Sumatra island after its brakes apparently malfunctioned, killing at least 35 people and injuring 13 others.

The accident occurred just before midnight Monday on a winding road in Pagaralam.

The bus, which was headed for the provincial capital of Palembang from neighboring Bengkulu province, fell into a 80-meter (262-foot) -deep ravine and crashed into a fast-flowing river after the driver lost control of the vehicle in an area with a number of sharp declines.

The head of Palembang's Search and Rescue agency, Berty Kowaas, said the decision to call off the three-day search was made after all people reported missing were accounted for.

He said all 35 bodies of victims, including eight children, the driver and two crew members, have been handed over to families for burial. Eight of the 13 injured passengers are still hospitalized, many with broken bones.

Achmad Wildan, an investigator at the National Transportation Safety Committee, said a preliminary report shows that the bus was traveling downhill at high speed, causing the brake pads to overheat and not work properly. No skid marks were found on the road, indicating there was no braking force, he said.

Road accidents are common in Indonesia because of poor safety standards and infrastructure.