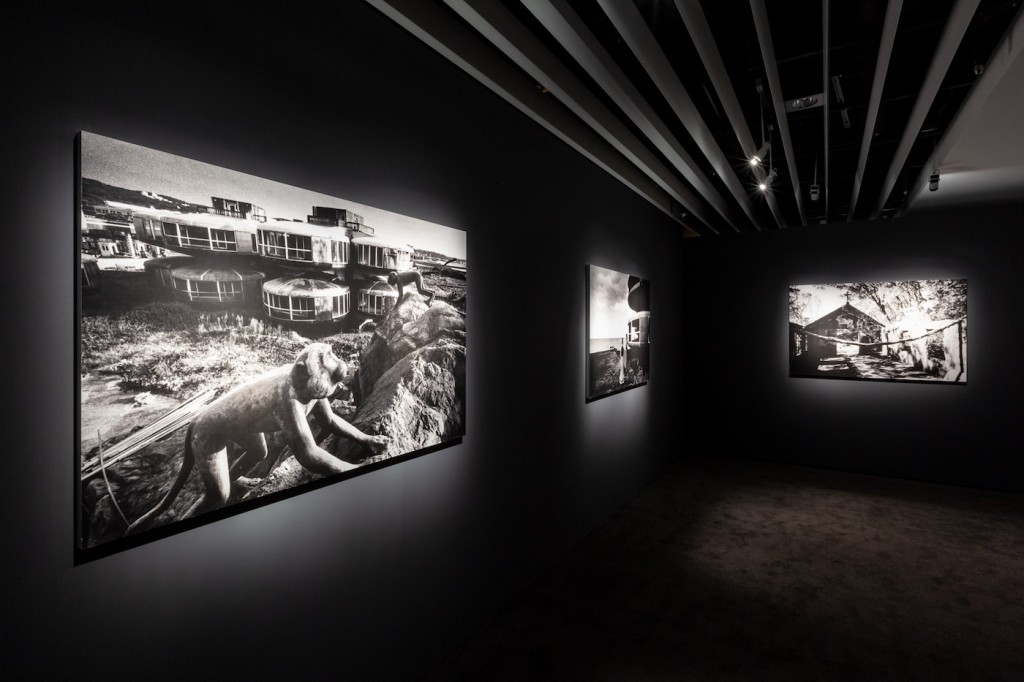 TAIPEI (Taiwan News) — Large-scale infrastructure, glittering high-rise towers, and monstrous factories are the products of urbanization and the expansion of cities, but in the shadow of a glorious metropolis often hides abandoned buildings, forgotten construction projects, and decaying ruins.

With the aim of exploring the destruction of urban civilization and possible rebirth from such destruction, the Jut Art Museum in Taipei opened its new exhibition, “Paradise Lost — Gazing at Contemporary Urban Civilization and its Metaphor,” on Dec. 21. Five artists from different backgrounds have been invited to present their interpretations of or reflections upon vacant spaces, architectural ruins, and abandoned sites that often go unnoticed by the public.

The exhibition is intended to discuss the image of contemporary cities in the context of globalization, capitalism, and wars, said Huang Shan-shan (黃姍姍), head of the museum’s curation team, at a press conference on Dec. 19. Inspired by John Milton’s 17th-century classic, the curators compared the book’s idea of a lost paradise to urban ruins and forgotten sites.

In recent years, abandoned man-made environments have become a paradise for enthusiasts of urban exploration who share photos or videos of their discoveries on social media. However, the museum seeks to engage with urban ruins through art in hopes of spurring thoughts and ideas about the future of cities, according to Huang. The work “Out of Disorder (Collapse)” by Japanese artist Takahiro Iwasaki is inspired by the nuclear disaster brought to Fukushima Prefecture by the earthquake and tsunami in March 2011. By transforming cleaning tools — towels, brushes, and cotton swabs used after the disaster to remove contaminated residues — into a black installabtion, the artist drew a blurred line between natural disasters and human civilization.

Takahiro said he was particularly interested in converting the nature or purpose of daily objects in his work as an attempt to prompt people to look at things from a different perspective. Despite showcasing mostly photographs at the exhibition, James Casebere, an American artist based in New York, considers himself more of a sculptor, and the photographs taken of architectural models are the final part of his entire creative process.

His photographs, which include an abandoned mansion with a focus on staircases, an empty shopfront, a ghetto inspired by 15th-century Venice, and American suburbs bathed in the morning sunshine, touch upon various global issues.

“From the very beginning, my work has been inspired by architecture,” said Casebere. He takes pictures of table-top architectural models he makes himself, and the models, which are often inspired by real estate advertisements or other images, go through drastic design changes from the artist’s imagination.

Casebere said he was “not interested in documenting reality,” though his work sometimes expresses an ironic contrast to reality, such as the dreamy, picturesque American suburb, which was done after the U.S. mortgage crisis of 2008. “It’s about creating an atmosphere. Space itself is imaginary,” said the artist. In contrast to Casebere’s photographs, Amsterdam-based Marjan Teeuwen exhibits images of architectural sculptures she has made out of abandoned construction projects. Teeuwen’s work spread across Europe, from Amsterdam to Russia, and to the Gaza Strip. Each project took about three-month preliminary preparation before Teeuwen and her team could begin working on a building for roughly three to six months.

The polarity between destruction and construction is the essence of Teeuwen’s artistic expression. “As [human beings] we are very strong in constructing the world. We build cities. We have enormous strength and power to construct, but at the same time, we have enormous power to destroy,” said Teeuwen. Having researched abandoned factories for several years, Taiwanese artist Tu Wei-cheng (涂維政) brought his new work “Museum of Ichnofossils” to the exhibition. With the assistance of a crane, Tu pressed machine components and parts collected from a factory onto large pieces of clay, creating patterns and making adjustments with smaller parts gathered on-site.

Tu’s artworks look like the fossil of unknown gigantic ancient creatures, but they are actually the “fossils” of construction forgotten by mankind on its path to never-ending city development. “To me, ‘Paradise Lost’ speaks about a heritage or remains. And a museum, which stores those treasures, is a representation of a paradise lost,” said Tu. 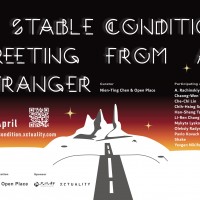