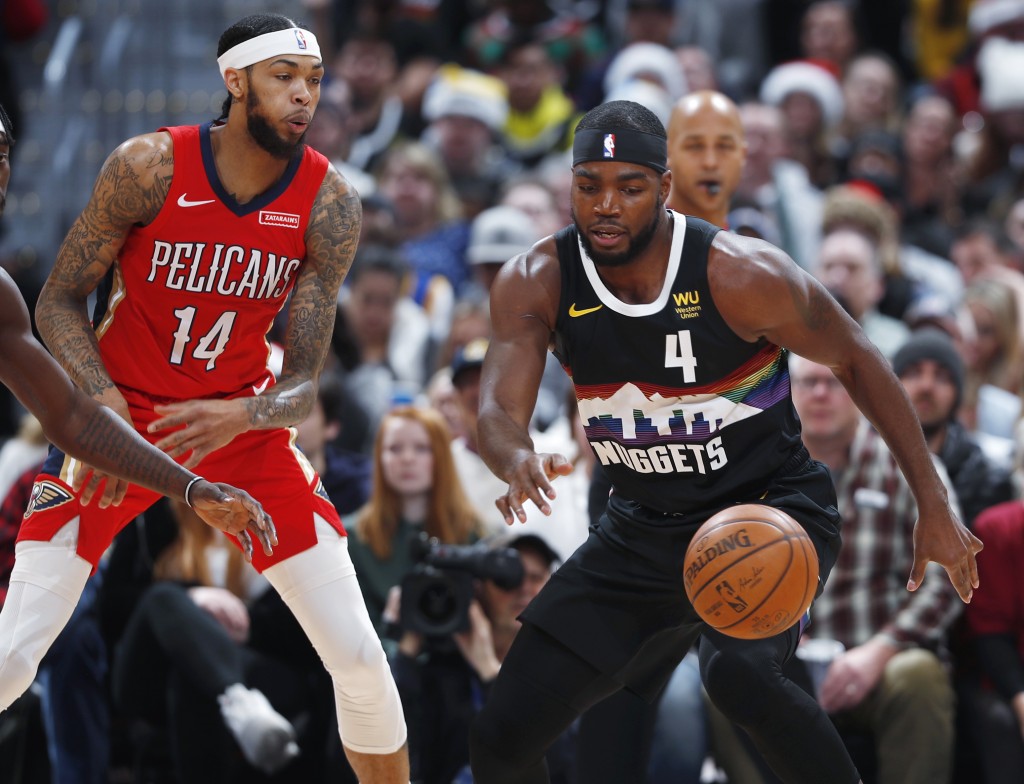 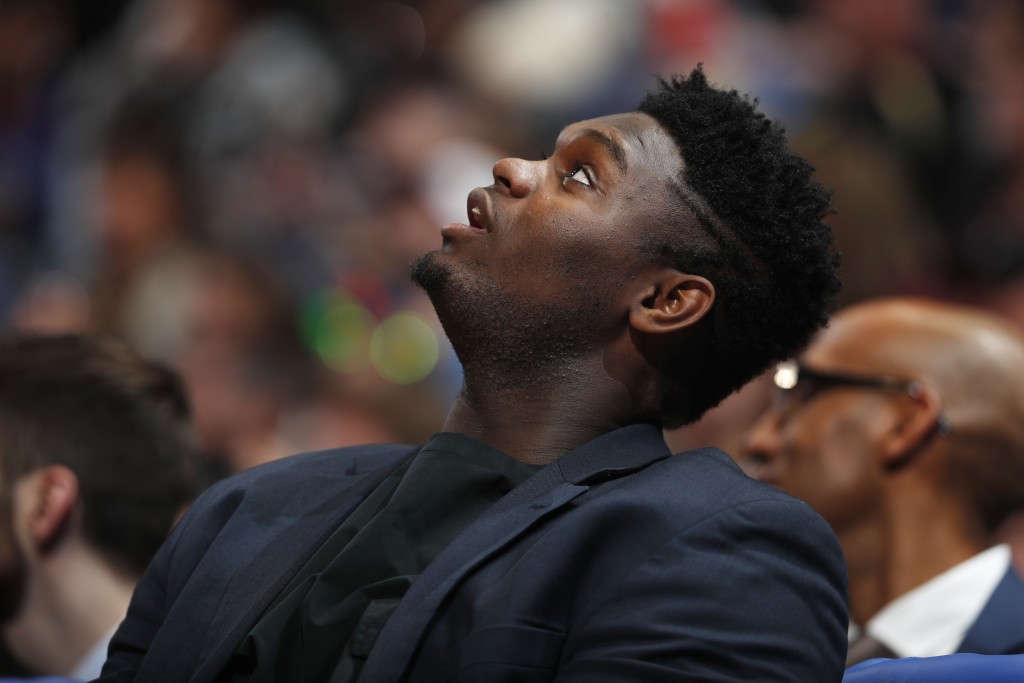 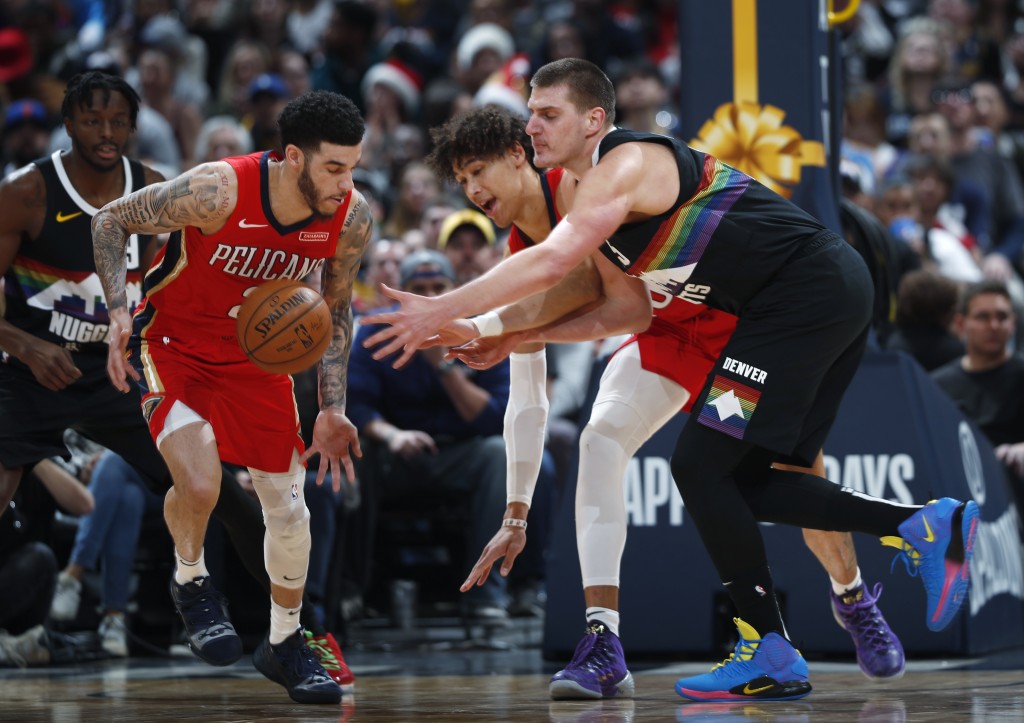 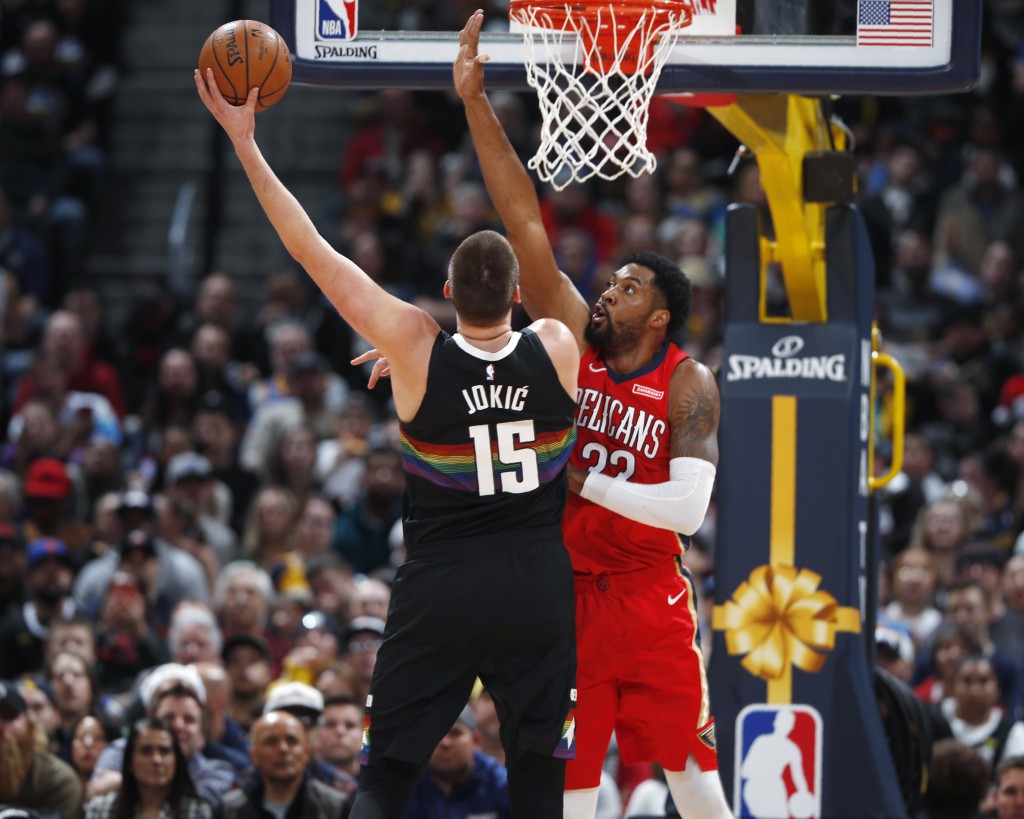 The 9-23 Pelicans are now 2-0 against the Nuggets this season. They spoiled the festive mood at the Pepsi Center as the Nuggets played at home on Christmas for the first time in 25 years.

New Orleans sprang the upset despite committing 19 turnovers. The Pelicans pulled away late courtesy of the long-range shooting of Lonzo Ball and Ingram. They also out-rebounded the Nuggets, including 14 offensive boards.

New Orleans finished a four-game trip with a 3-1 mark, which includes consecutive wins for the first time in a month.

Jrue Holiday had 20 points in the last of five Christmas games where the home teams went 2-3. This was the first time the Nuggets have hosted on the holiday since 1994 when they beat Seattle 105-96 in front of a sold-out crowd at McNichols Arena. The fans at Pepsi Center didn't leave in a particularly merry mood.

Neither team led by more than eight points until Ball's 3-pointer with 4:07 remaining made it 104-95. That all but sealed the win.

Nikola Jokic had 23 points and 10 rebounds for Denver, while Jerami Grant had 17.

The Pelicans also knocked off the Nuggets 122-107 on Halloween.

This looked like an entertaining matchup when the NBA schedules were released. But that was before rookie Zion Williamson had surgery to repair the lateral meniscus in his right knee on Oct. 21. On Wednesday, Williamson sat on the bench dressed in a dark suit.

The Pelicans have struggled without Williamson, while the Nuggets have soared to one of the top marks in the West.

JJ Redick scored 13 of his 15 points in the second quarter, including a buzzer-beating 3-pointer from near half-court to give the Pelicans a 58-55 lead.

Redick now has 1,799 career 3-pointers and moved past Klay Thompson for 16th place on the all-time list. The next name on the list is Kobe Bryant, who finished with 1,827.

Nuggets: Former Nuggets standout and Denver native Chauncey Billups was part of the broadcast team for the game. ... Broncos pass rusher Von Miller was in attendance.

Nuggets coach Michael Malone appreciates the prestige of playing on Christmas. It shows his team is gaining respect.

"The season we had last year, how we performed on the big stage in the playoffs, on top of being a really young, fun, exciting team to watch — with a great player in Nikola — it's an honor," Malone said.

On Christmas Eve, Malone agreed to a contract extension that runs through the 2022-23 season. He's fourth in franchise history in wins among head coaches.

"The players in there, my coaches, are a big, big part of that," Malone said of having his contract extended for a second time.

Asked about Williamson, Pelicans coach Alvin Gentry said: “He is making progress. He is in rehab. He is doing everything that he's supposed to do and he's moving forward toward playing.”