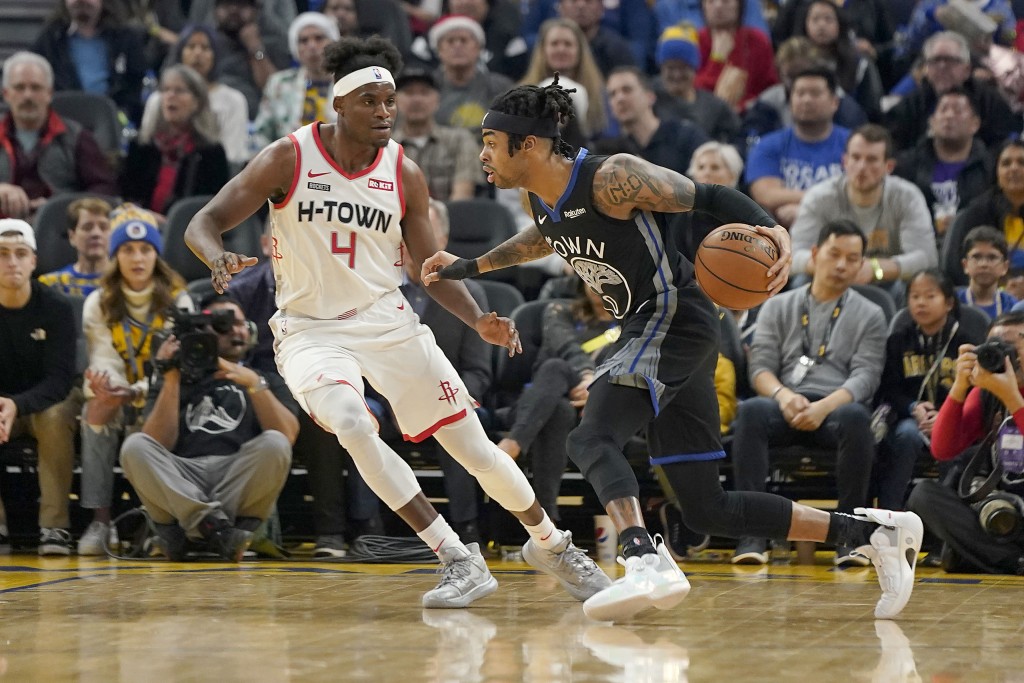 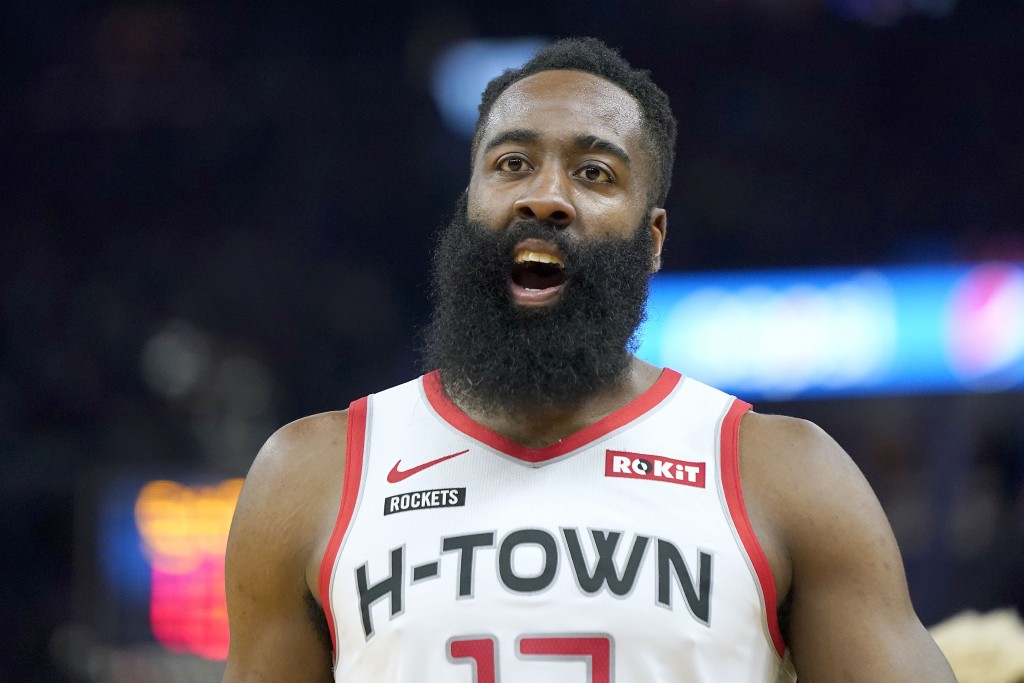 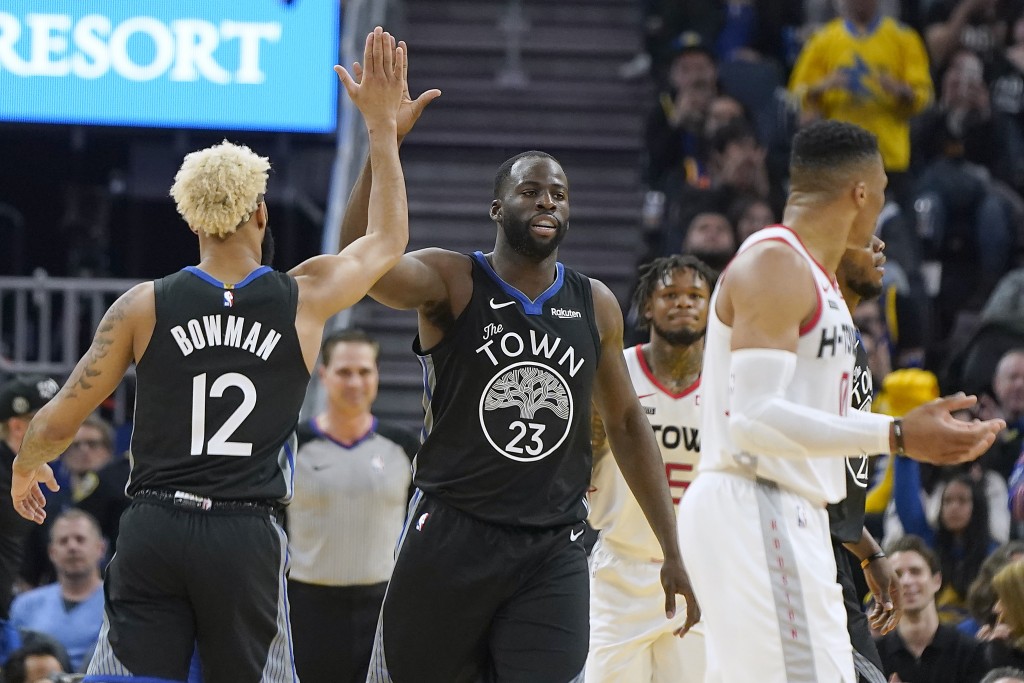 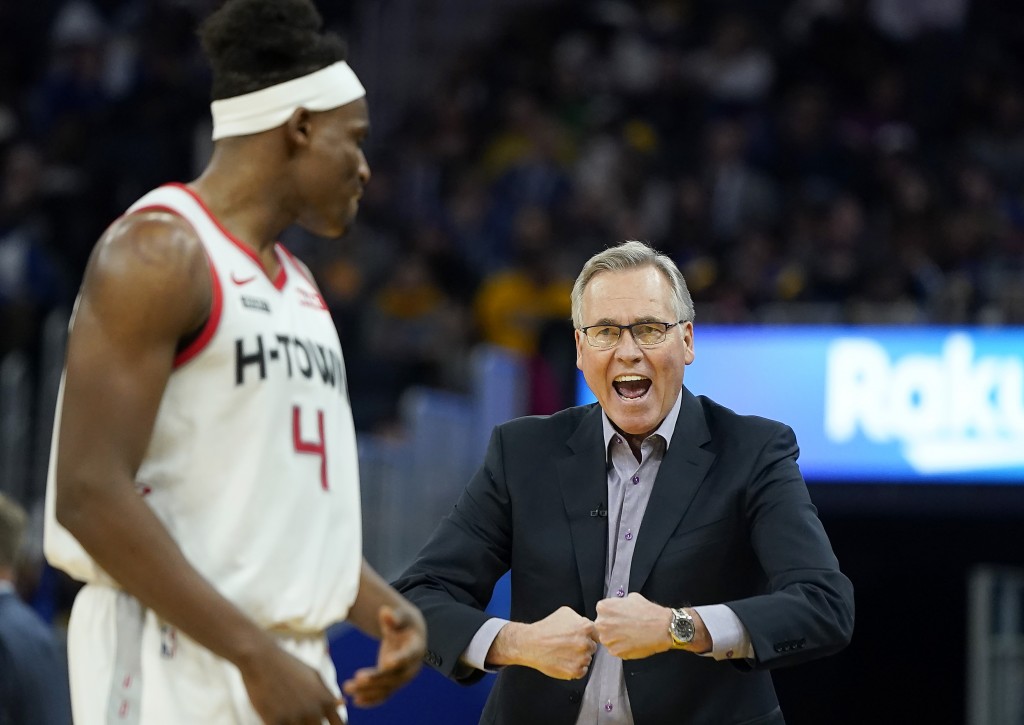 SAN FRANCISCO (AP) — Draymond Green scored 16 of his 20 points in the second half, Damion Lee had 22 points and a career-high 15 rebounds and the Golden State Warriors beat the Houston Rockets 116-104 on Wednesday.

Russell Westbrook had 30 points and 12 rebounds for Houston. James Harden had 24 points and 11 assists, and Danuel House Jr. had 18 points. Westbrook had his ninth consecutive game of at least 20 points, the longest by any Rockets player other than Harden since Tracy McGrady did it in 10 straight games in 2007.

Ky Bowman hit a driving layup at the buzzer to give the Warriors an 92-87 edge heading into the final quarter.

After falling behind by eight points midway through the first quarter, the Rockets outscored Golden State 48-17 over the next 13 minutes to open a 53-40 advantage. Russell hit a short jumper in the final minute of the second and the Warriors drew to 68-64 by halftime.