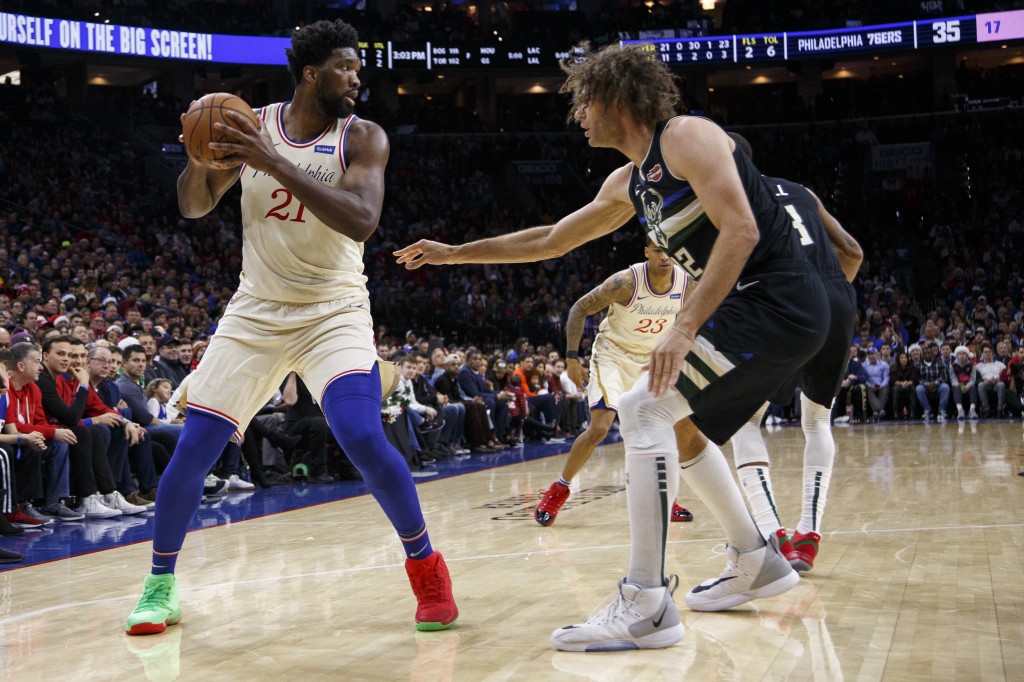 Tobias Harris sank five 3s, Josh Richardson and Furkan Korkmaz each had four and even Embiid hit three as part of Philly's season-high 21 3s (on 44 attempts) against a Bucks team that had the best record in the NBA.

Harris and Al Horford hit 3s over the final 90 seconds to push back a late Bucks run, and the Sixers improved to 16-2 at home.

Khris Middleton scored 31 points for Milwaukee, and Antetokounmpo had 18 points and 14 rebounds. Antetokounmpo got flustered over a perceived missed call and was whistled for a technical in the fourth.

Enes Kanter had 12 points and 11 rebounds as the Celtics snapped an eight-game losing streak north of the border and became the first Atlantic Division opponent to win in Toronto in more than four years.

Boston’s Gordon Hayward returned to the starting lineup after missing the past three games because of a sore left foot. He scored 14 points in 26 minutes.

Fred VanVleet scored 27 points in the Raptors' second straight loss, and Chris Boucher had a career-high 24.

Toronto had gone an NBA-record 34 games between home losses to division foes. The Raptors’ last home loss to an Atlantic team was a 111-109 defeat to the New York Knicks on Nov. 10, 2015.