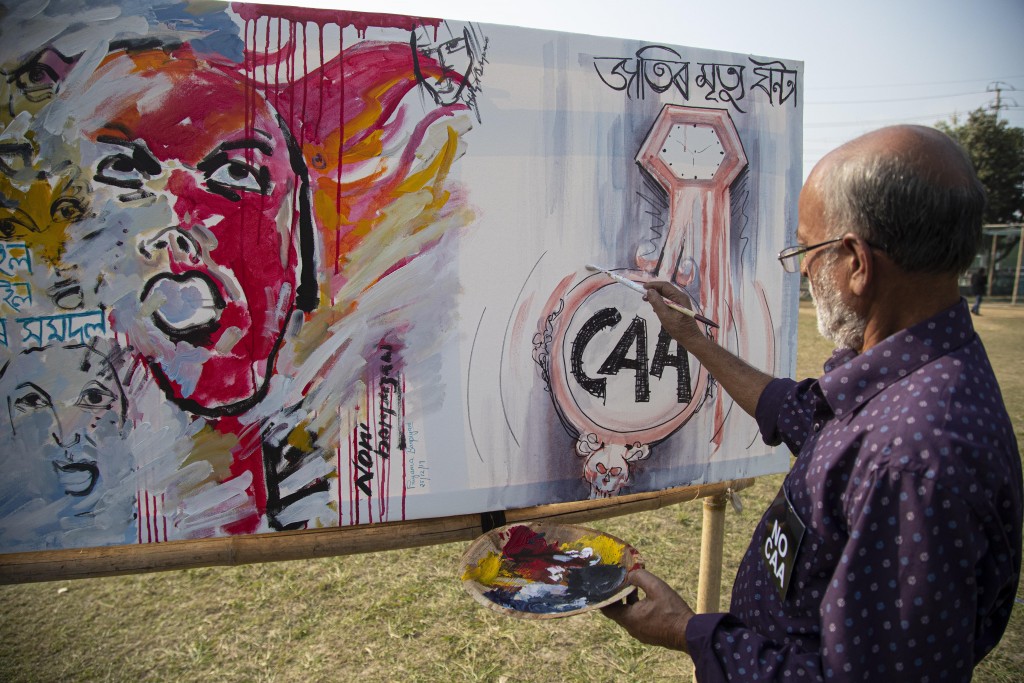 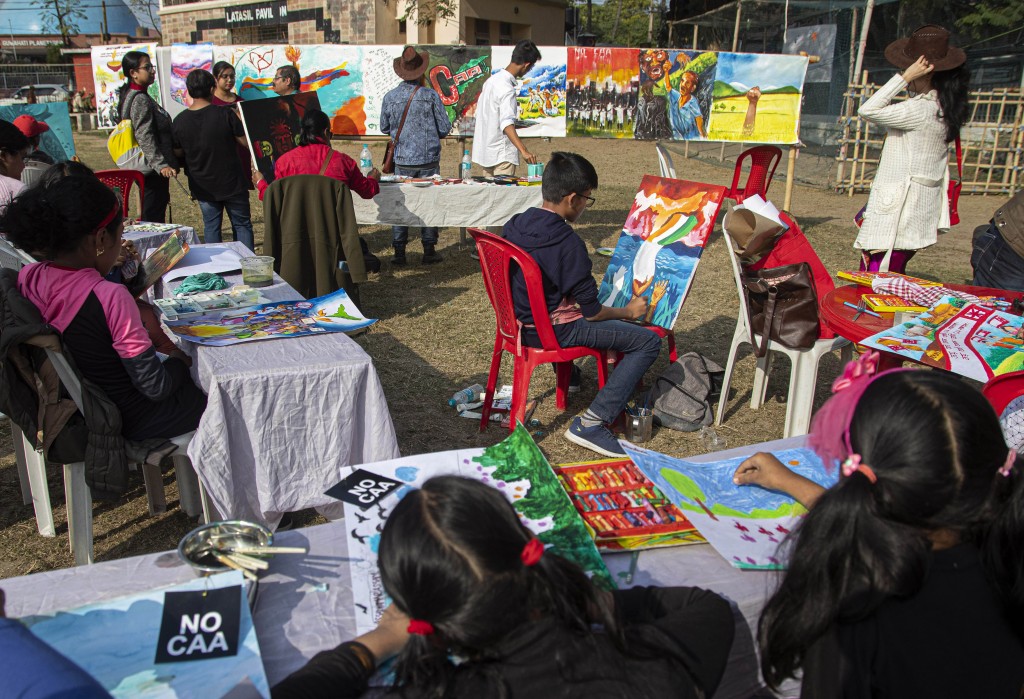 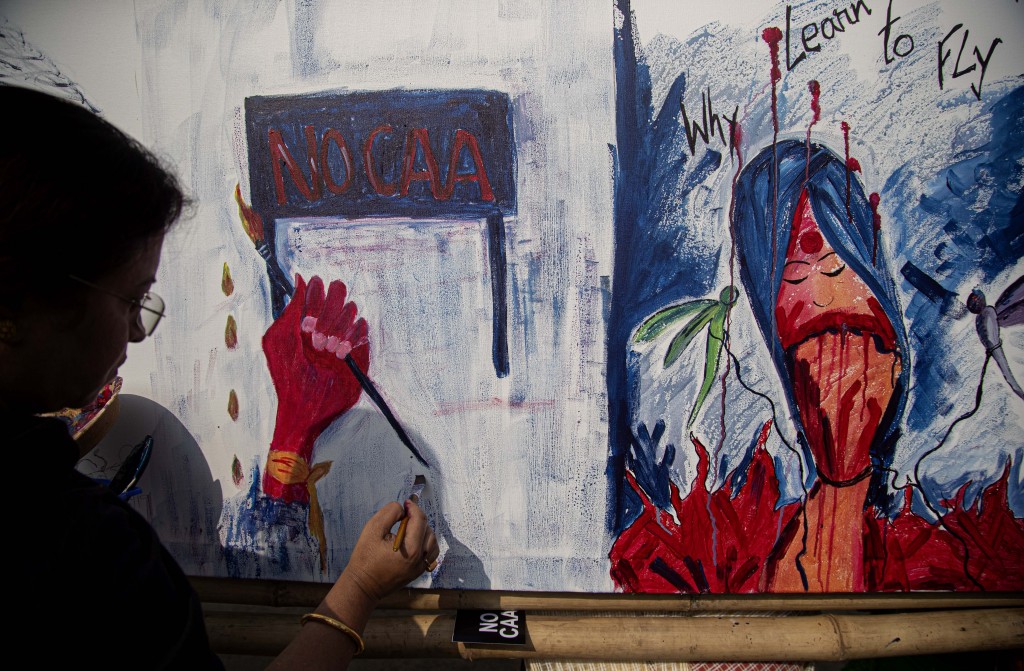 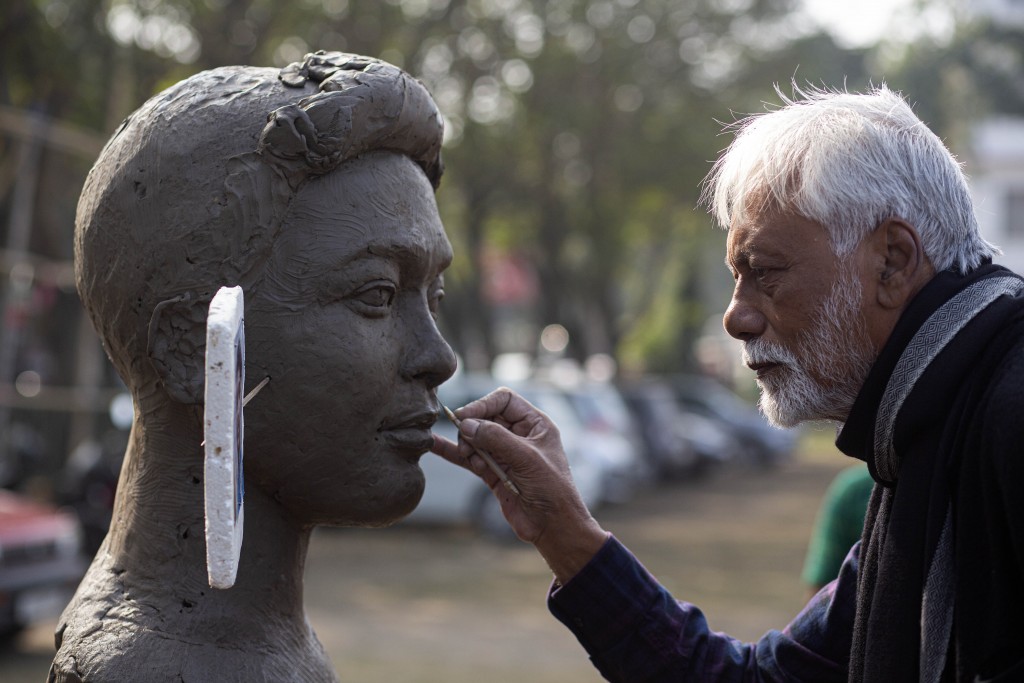 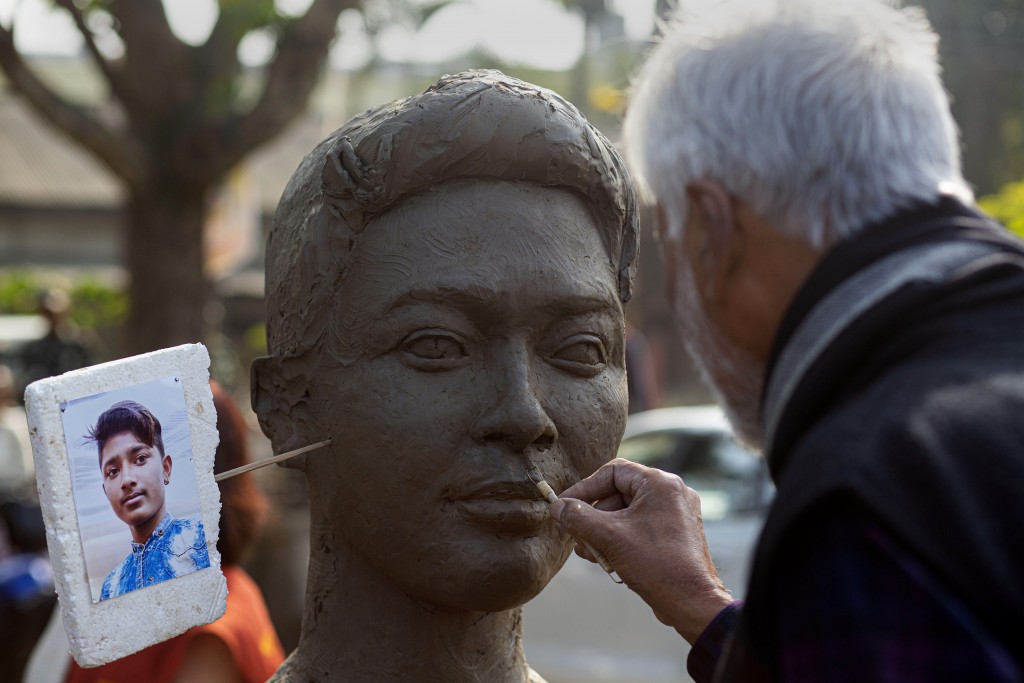 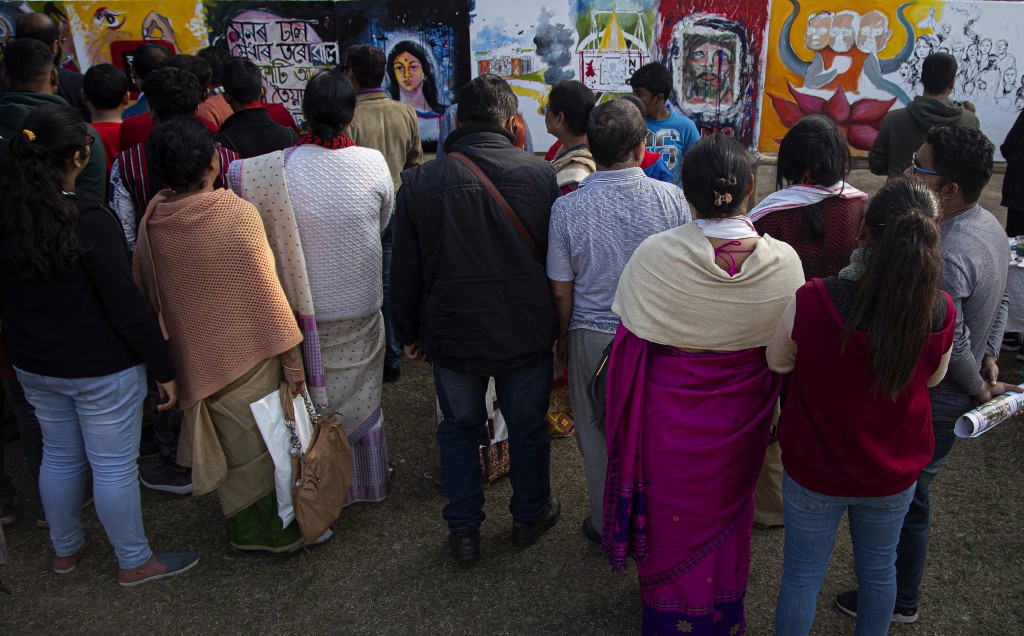 GAUHATI, India (AP) — More than a thousand students, artists and writers protested in India's capital and northeastern Assam state on Wednesday against a new citizenship law introduced by the Hindu nationalist-led government that excludes Muslims.

In Gauhati, Assam's capital, protesters sang patriotic songs urging unity, painted on canvases and created a sculpture. One of the paintings showed independence leader Mohandas Gandhi stabbed in the heart, while others depicted protests with blood in the streets.

The protest was organized by the All Assam Students' Union, the Gauhati Artists Guild and the Saru Kala Parishad, an artists' organization.

In New Delhi, writer and activist Arundhati Roy joined protesters and asked people to guard against any oppression by security forces.

“We will have to protect each other. And now, when they (government forces) are entering people’s homes, especially in Muslim neighborhoods, we must patrol those areas and put our bodies on the line,’’ Roy said.

Her book “The God of Small Things” won the Booker Prize in 1997.

Twenty-three people have been killed nationwide since the citizenship law was passed two weeks ago. Massive protests erupted across the country, with Uttar Pradesh, Karnataka and Assam states the worst hit.

Prime Minister Narendra Modi has defended the law, calling it a humanitarian gesture for refugees in India.

The law allows Hindus, Christians and other religious minorities who are in India illegally to become citizens if they can show they were persecuted because of their religion in Muslim-majority Bangladesh, Pakistan and Afghanistan. It does not apply to Muslims.

Fahad, a student leader who uses only one name, told protesters in New Delhi that the country's secular constitution is being threatened.

The protests follow a contentious registration process in Assam meant to weed out foreigners living in the country illegally.

Nearly 2 million people, about half Hindu and half Muslim, were excluded from a new official list of citizens — called the National Register of Citizens — and have been asked to prove their citizenship or else be considered foreign.