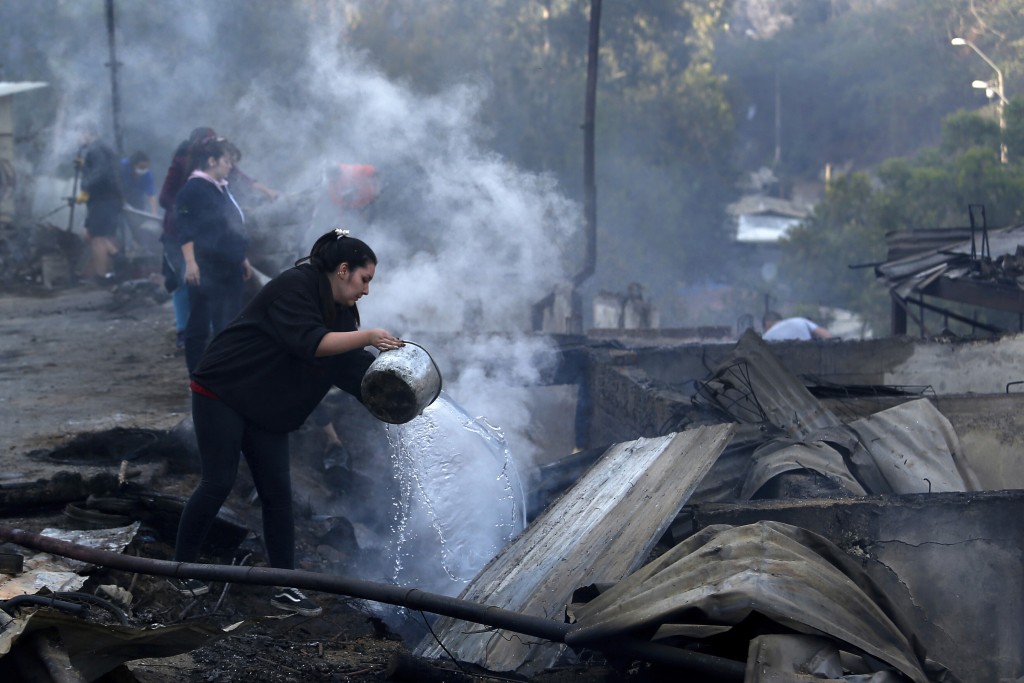 SANTIAGO, Chile (AP) — Helicopters on Wednesday dropped water on the outskirts of the Chilean port city of Valparaiso to extinguish a fire that destroyed more than 120 homes.

Dozens of people living in the city's Rocuant and San Roque hills sifted through the ruins of their homes after the fire, fanned by strong winds, swept through their neighborhoods on Tuesday. Residents had been evacuated and there were no reports of casualties.

"We're not certain, but everything indicates that yesterday's fire was intentional, and began in an area quite close to the homes," said Ezio Passadore, emergency manager for Valparaíso.

Many homes in the low-income neighborhoods where the fire occurred don't have running water and get their supply from tankers a couple of times a week.

Wildfires have affected parts of Valparaiso several times in the last month as Chile contends with its worst drought on record.