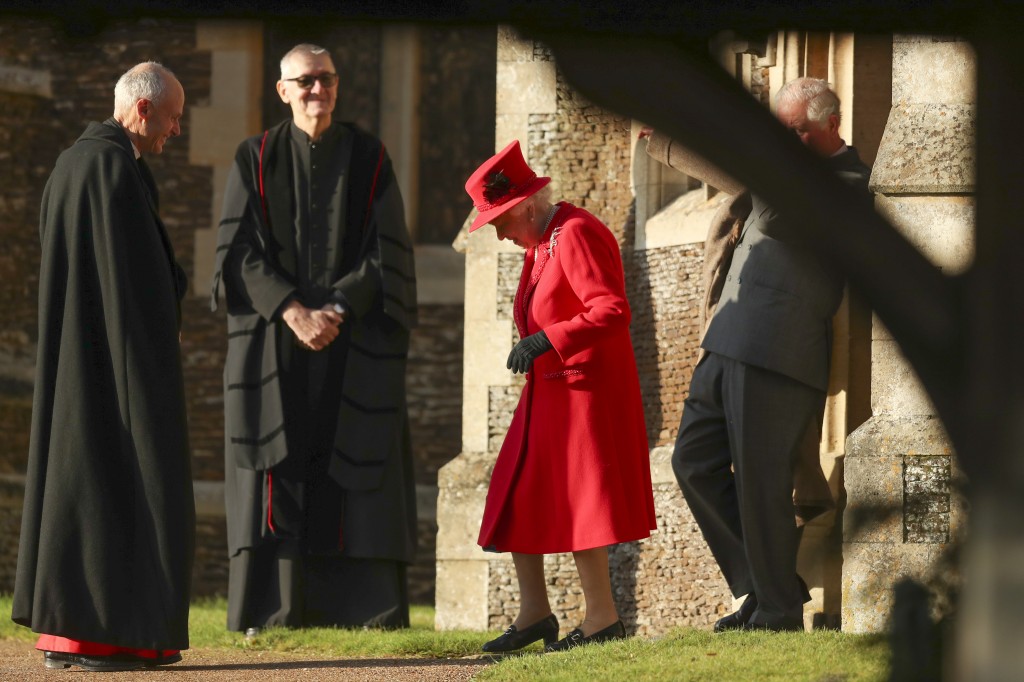 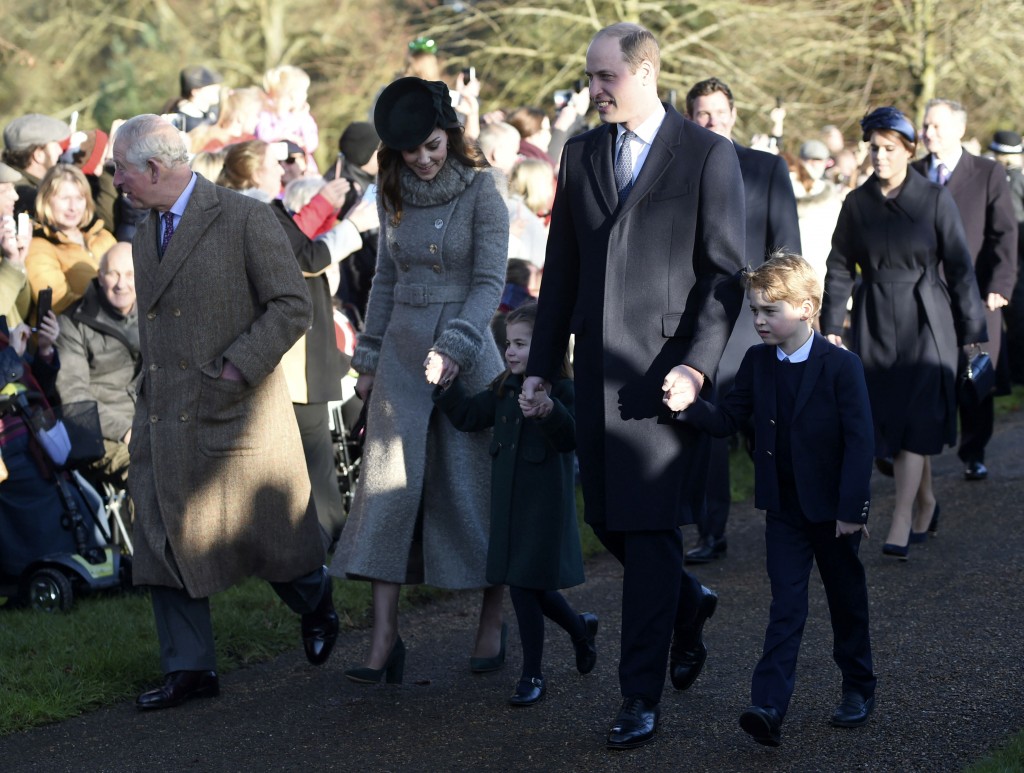 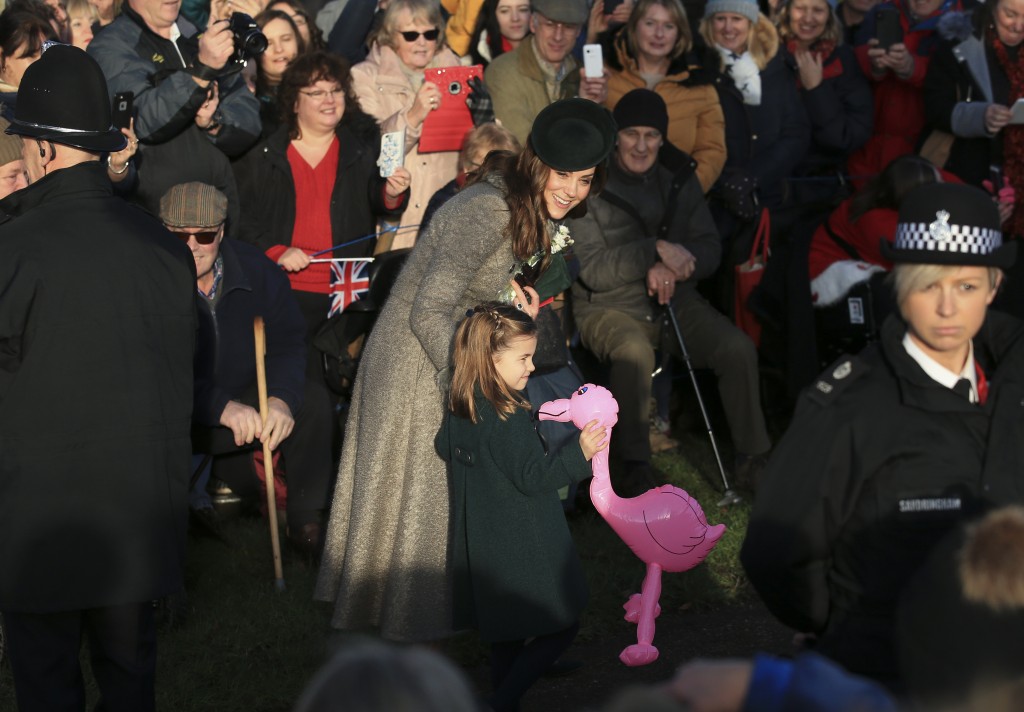 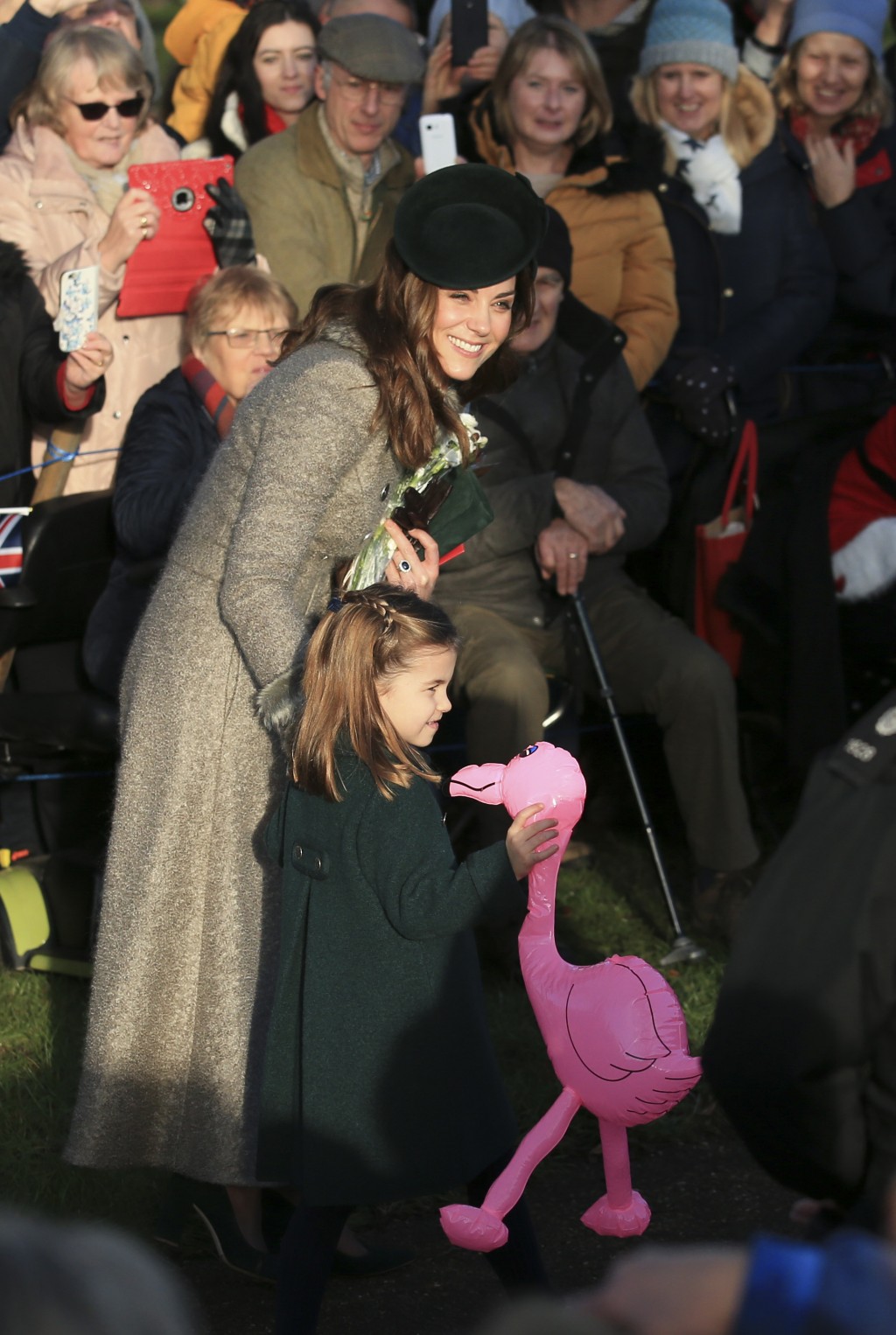 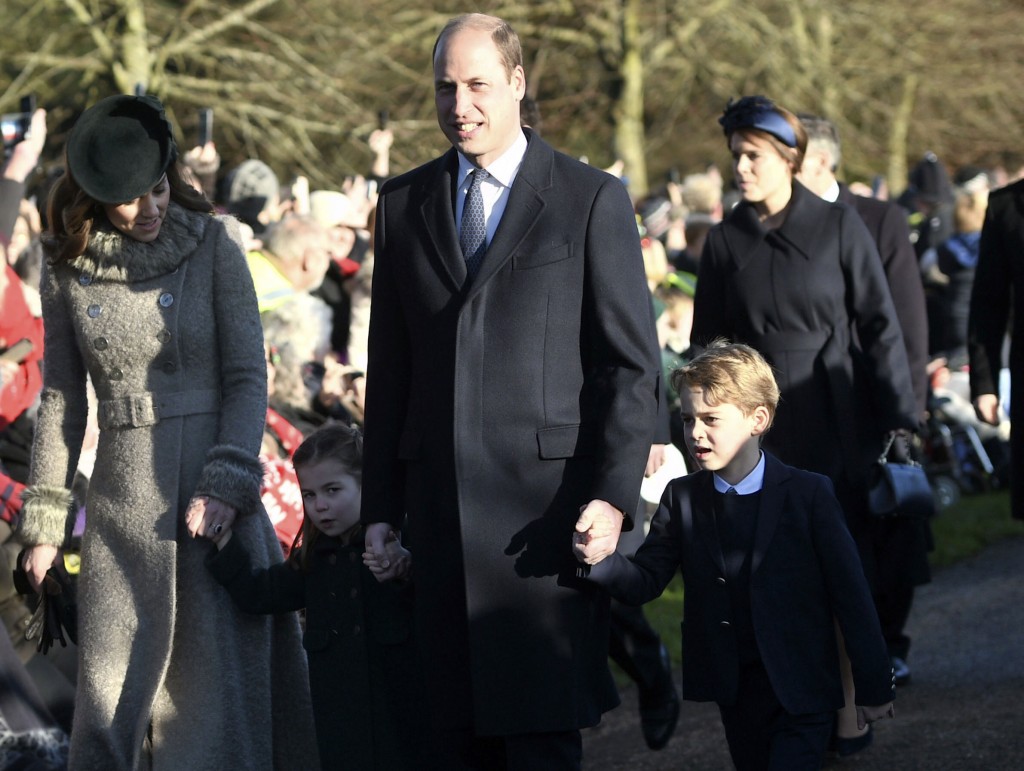 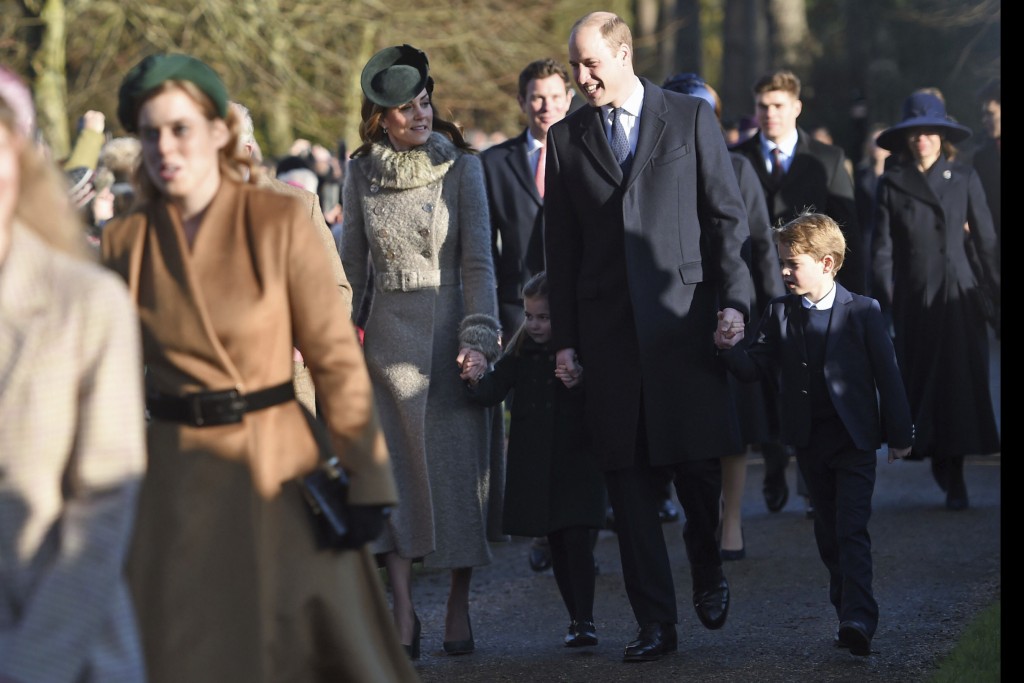 SANDRINGHAM, England (AP) — Queen Elizabeth II and her close family celebrated Christmas with a morning service at St. Mary Magdalene Church near her rural retreat at Sandringham in eastern England.

It was a festive event Wednesday as the queen was joined for the first time by Prince George, 6, and Princess Charlotte, 4, the two eldest children of Prince William and his wife, Kate. They left 1-year-old Prince Louis at home.

George and Charlotte walked to church hand in hand with their parents. Prince Charles, their grandfather, walked next to them.

The queen arrived in a Bentley with Charles' wife, Camilla. Her elderly husband, Prince Philip, stayed at home. He was discharged from a hospital Tuesday after treatment for an undisclosed ailment. Philip, 98, has retired from public duties.

Prince Andrew, who has stepped down from royal duties because of his association with a convicted sex offender, attended an earlier church service with his brother Charles at his side.

Prince Harry, his wife, Meghan, and their 7-month-old son, Archie, did not attend. They are spending the holiday in Canada with Meghan's mother, Doria Ragland.

The royals were greeted by several hundred well-wishers who had gathered outside the church grounds.

The queen's traditional pre-recorded Christmas message will be broadcast throughout Britain and the Commonwealth nations Wednesday afternoon. Excerpts released ahead of time reveal that the queen plans to acknowledge it has been a challenging year.

Talking about the need for reconciliation and forgiveness, Elizabeth says: “The path, of course, is not always smooth, and may at times this year have felt quite bumpy, but small steps can make a world of difference."

She is thought to be referring both to Britain's laborious exit from the European Union, which is now almost certainly going to happen on Jan. 31 after voters gave the pro-Brexit Conservative Party a comfortable majority in Parliament, and to the royal family's difficulties.

The problems this year included Andrew's retreat from public duties following a disastrous TV interview in which he defended his friendship with sex offender Jeffrey Epstein and failed to show empathy for Epstein's young female victims.

The family has also endured what many close observers think is a rift between William and Harry. Both Harry and Meghan have complained about constant scrutiny by the media as they settle into family life with Archie.