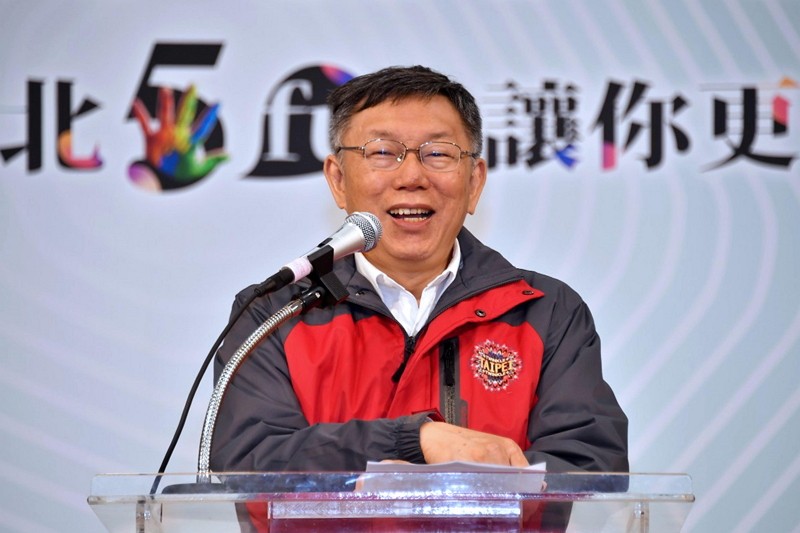 TAIPEI (Taiwan News) — Taipei Mayor Ko Wen-je (柯文哲) shrugged off the latest survey results which saw his approval rating dip, saying he was “not keen to please everybody.”

According to a telephone survey conducted by the Research, Development, and Evaluation Commission (RDEC) of the Taipei City Government between Dec. 16 and 18, 55 percent of citizens expressed satisfaction over Ko’s administrative performance. This represents a 4-percent drop from the poll carried out in December of 2018, reported CNA.

The mayor of Taiwan’s capital also performed poorly in a satisfaction survey for the heads of the country’s six special municipalities published by Excellence Magazine, which put him at the bottom of the rankings. The six municipalities are Taipei, New Taipei, Taoyuan, Taichung, Tainan, and Kaohsiung.

At a press conference marking his fifth anniversary in office on Wednesday (Dec. 25), Ko appeared unaffected by the less than satisfactory showing, noting that Taipei is leading other cities in many indicators and that as a mayor he cares more about the city’s accomplishments than his own approval rating. “I have no interest in impressing everyone,” Liberty Times quoted him as saying.

Stressing that “to see is to believe,” Ko said he would rather focus on delivering promises and presenting tangible results from the implementation of public projects than on making an effort to polish his own image, according to the report.

The surgeon-turned-politician known for his outspokenness also expressed disbelief over the fact that Kaohsiung Mayor Han Kuo-yu (韓國瑜), who has been on leave to campaign for his presidential bid, outperformed him in the municipality poll. “It is really something to have fared worse than Han,” Ko joked.