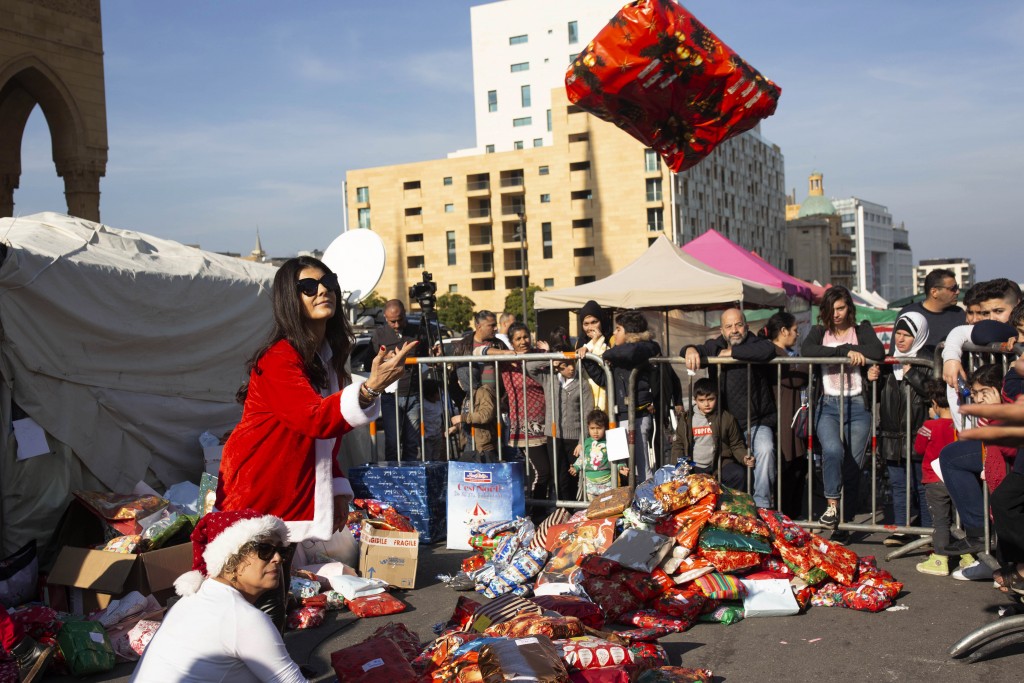 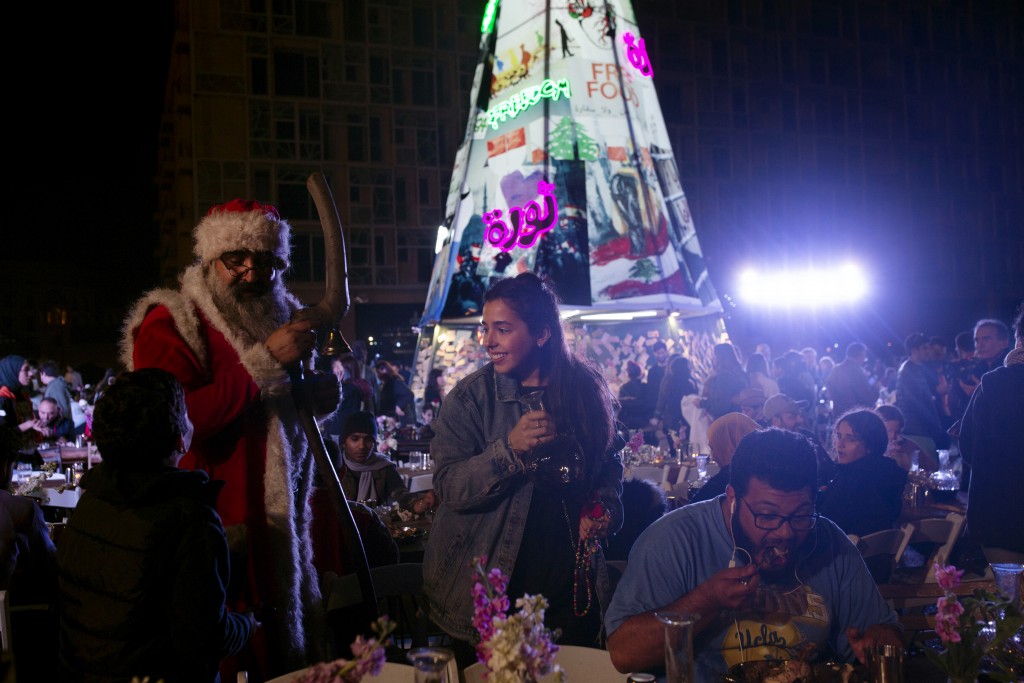 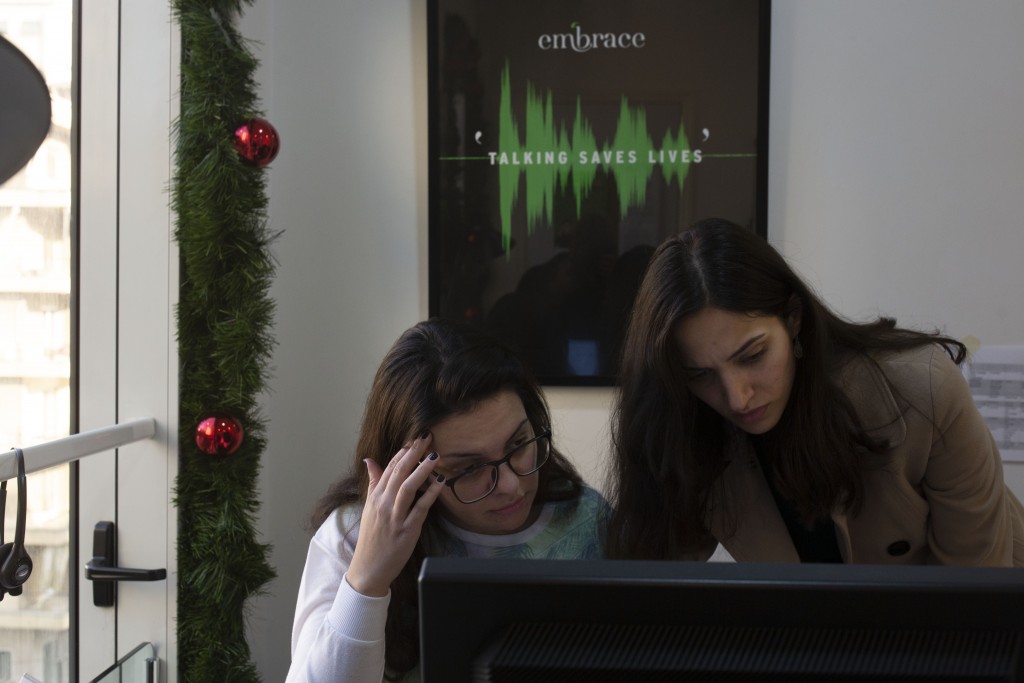 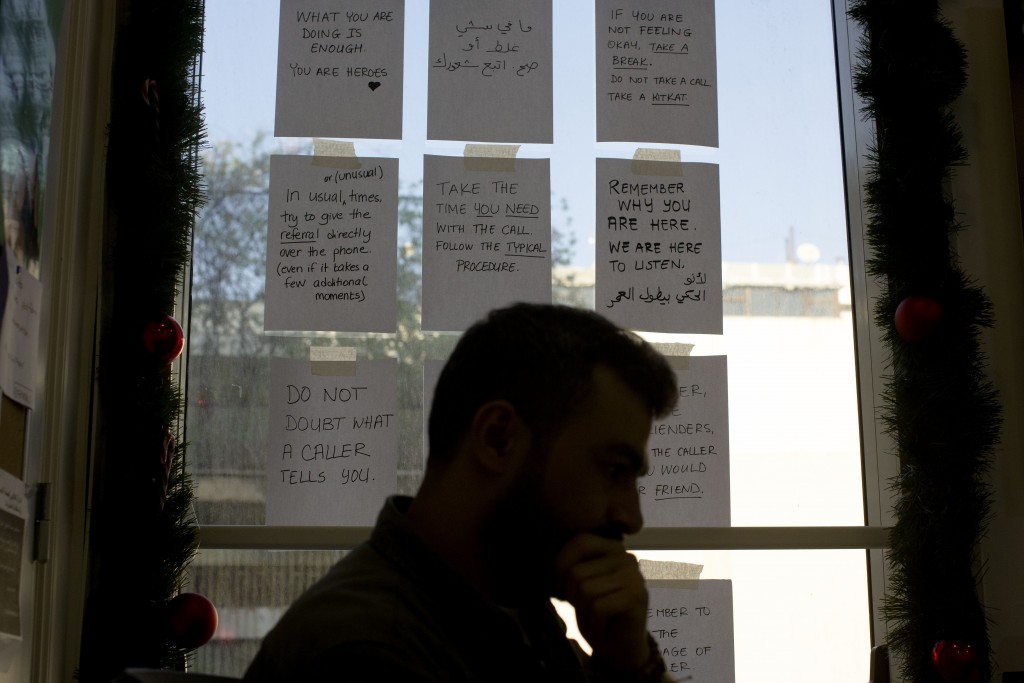 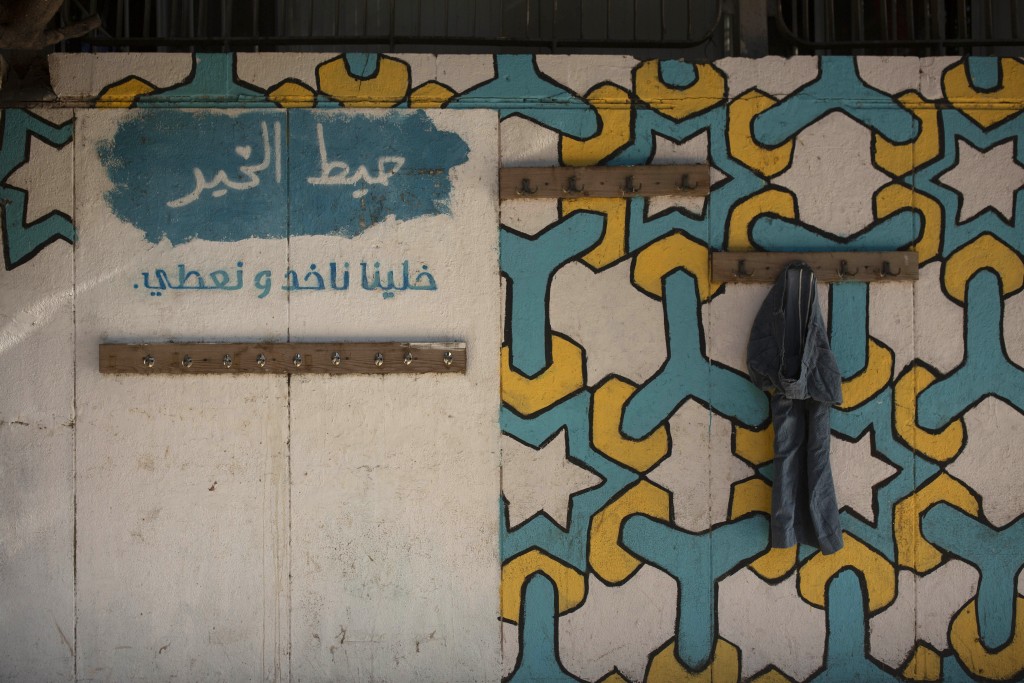 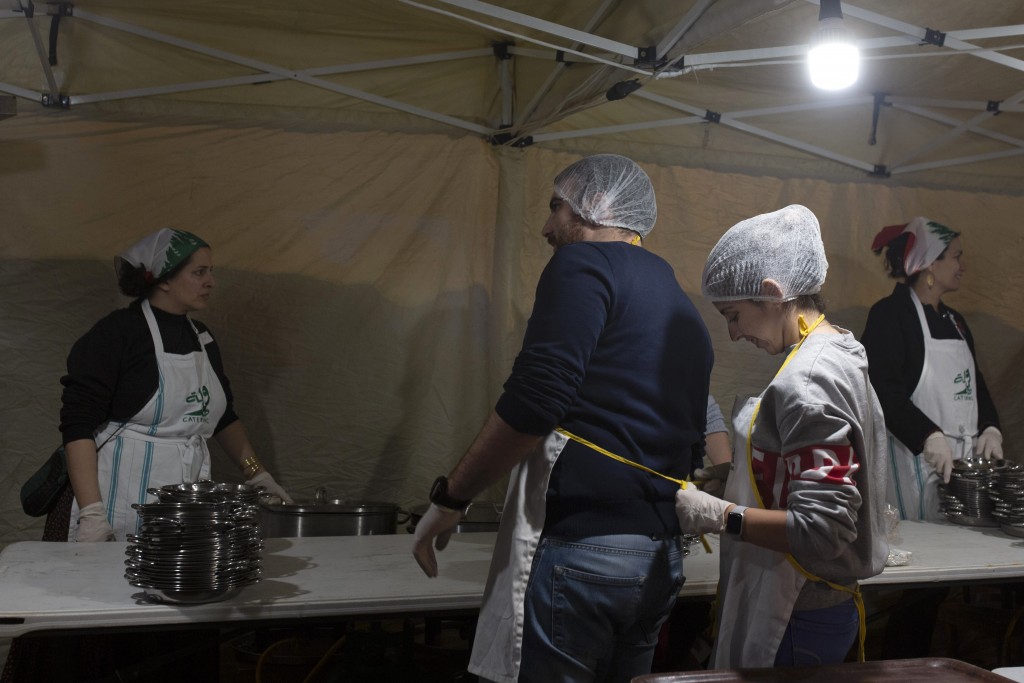 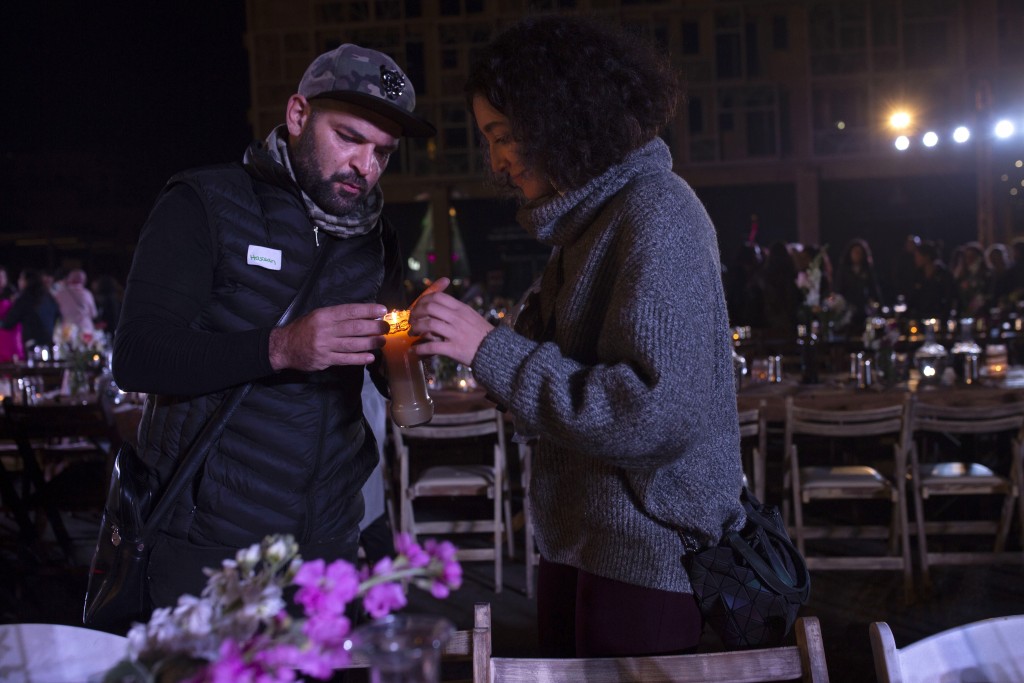 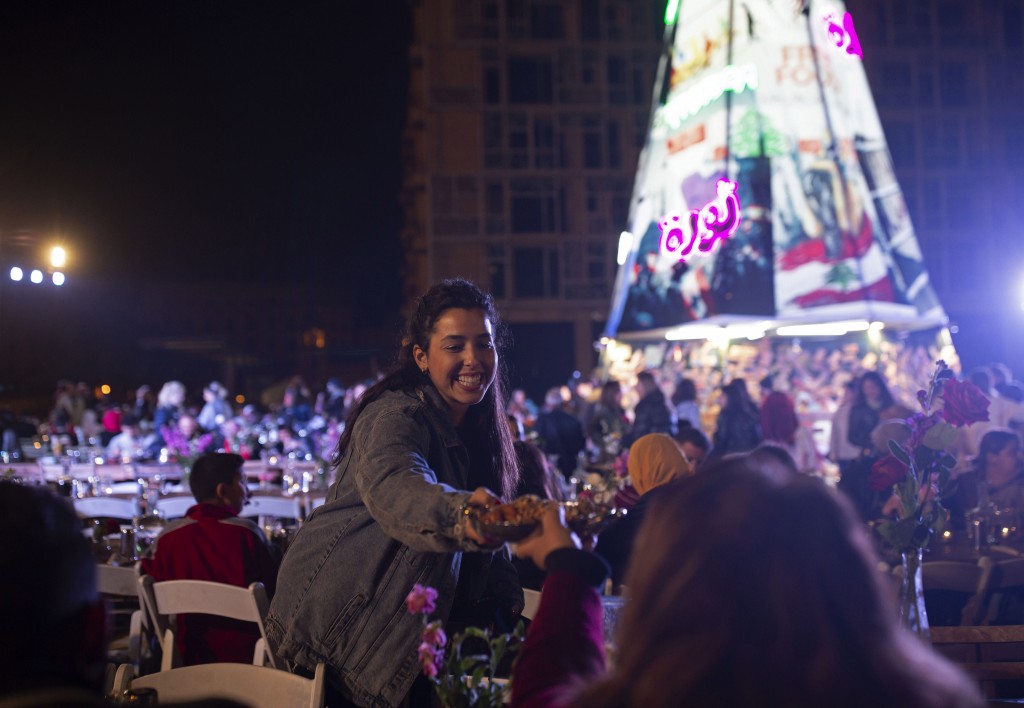 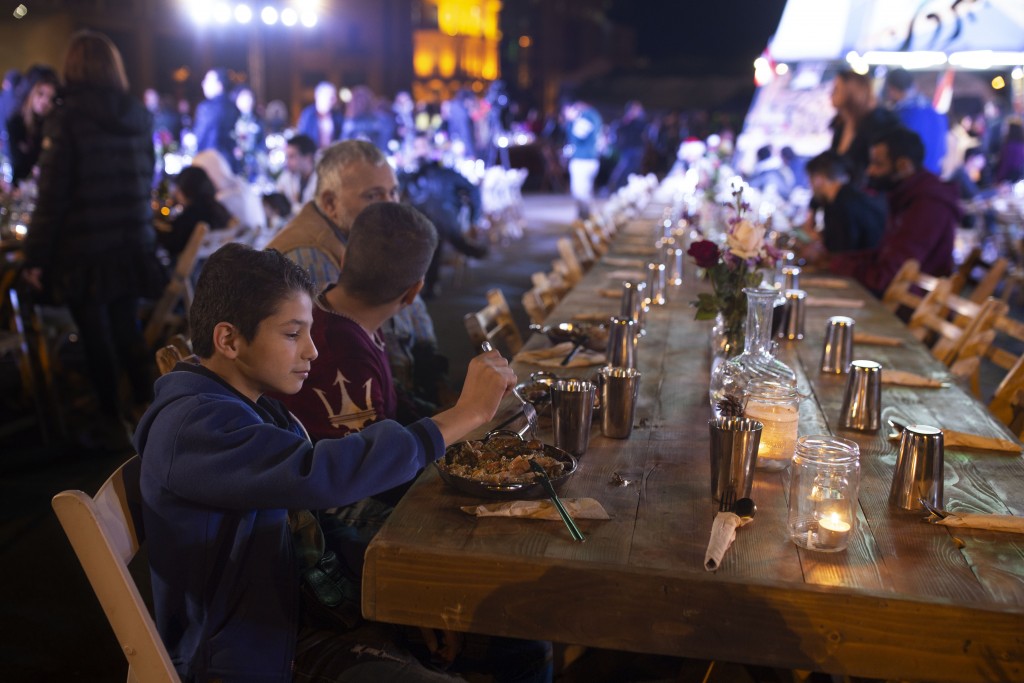 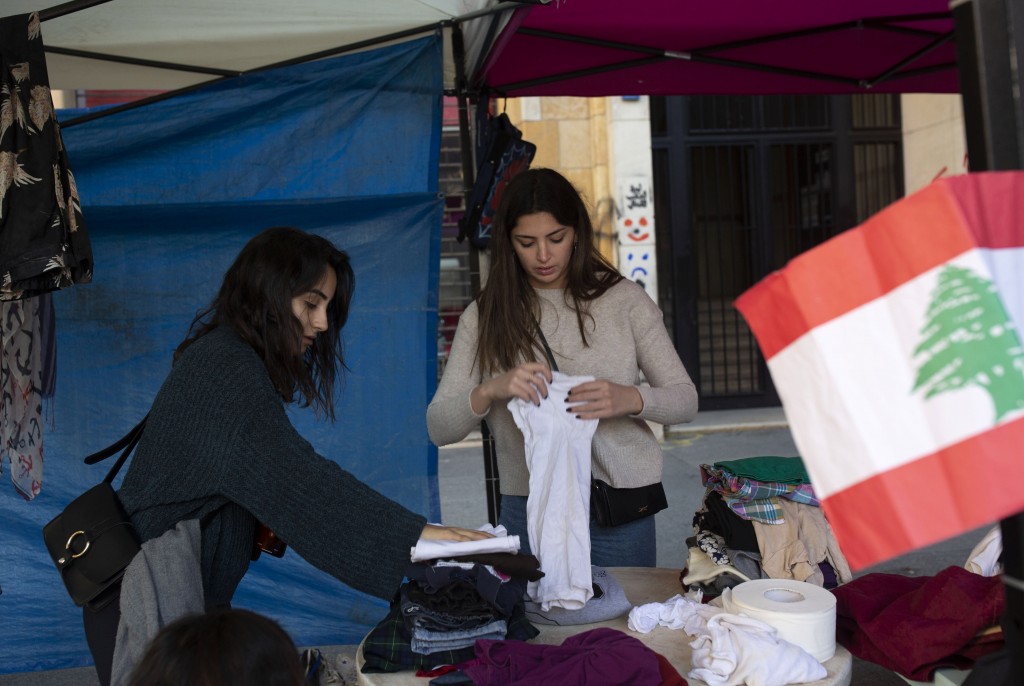 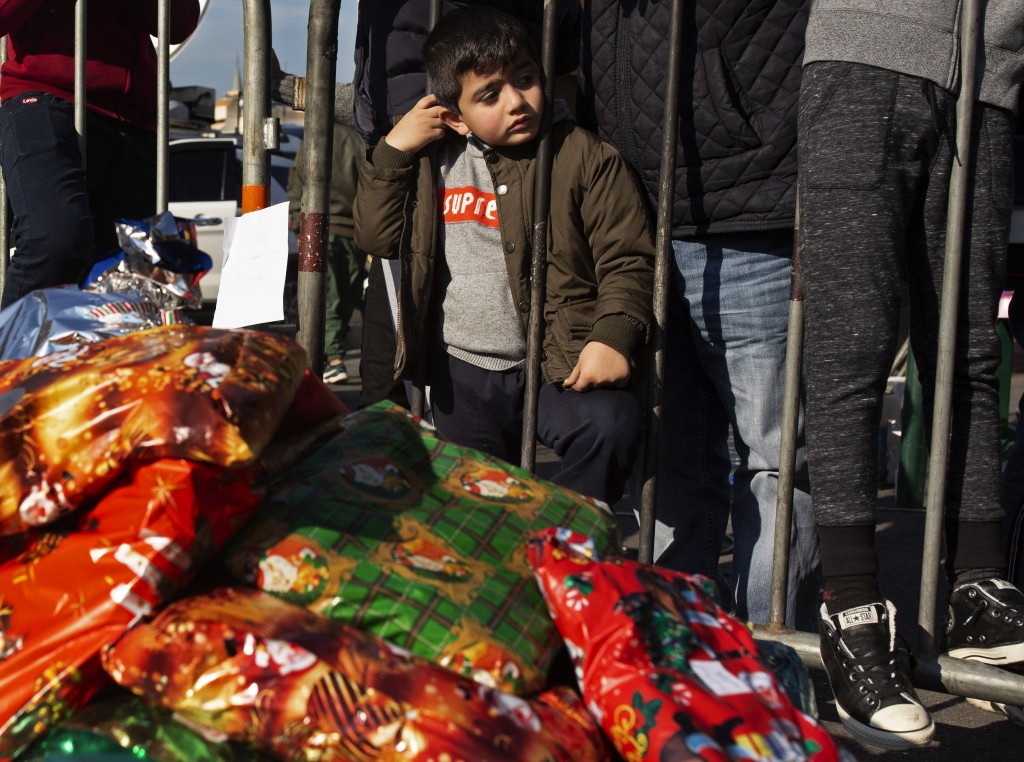 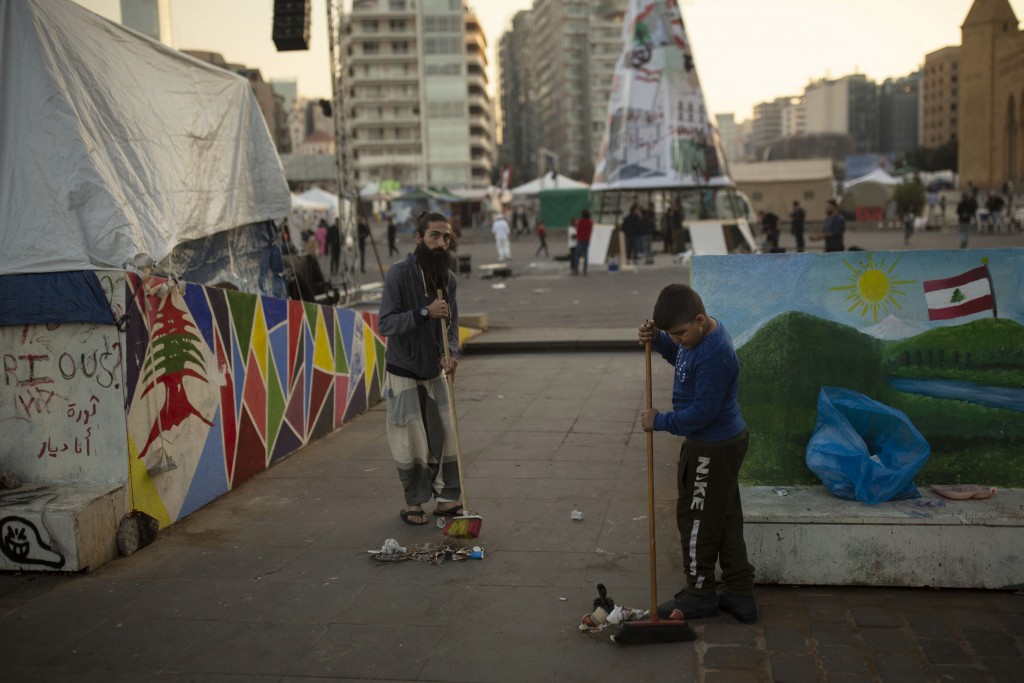 BEIRUT (AP) — Panic set in on a WhatsApp group used to organize Lebanese protests when one member said he intended to kill himself because he can’t provide for his kids.

The desperate call came on the heels of the suicide of a father of two that had stunned the public and raised alarm over how dire Lebanon’s economic conditions have become.

So Mohamed Shkeir, one of dozens of members in the group, sprang into action. The 23-year-old architect student along with friends launched a campaign appealing for donations — for the man and for others suffering. They posted an ad on social media and, to show transparency, created a spreadsheet to track the money.

As Lebanon’s protest movement enters its third month, the economic pinch is hurting everyone. Layoffs are increasing, salary cuts are the norm, banks are capping withdrawals and prices are quickly rising. The euphoria that marked the first days of the protests is being replaced with gloom.

With the entrenched political class failing to chart a way out, Lebanese are resorting to what they’ve done in previous wars and crises: they rely on each other, not the state.

“We got to a situation where people are not able to buy food for their kids or pay their rent,” Shkeir said.

The despondent friend “said he had no money and what is the revolution doing about it and asked why the politicians are not paying attention,” Shkeir said. They were able to convince him not to kill himself, though he refused to take any donations. Shkeir and his group continued their campaign, giving money, food, clothes and supplies to 58 families so far this month, including one family reduced to using candles because they can’t afford electricity.

Over recent years as Lebanon’s economy worsened, people turned to familiar ways to cope, like mosque and church charities or helping each other, forgiving debts or handing out food. Those means have already been getting stretched thin.

The protests — and the 24-hour news cycle focused on them — have brought a surge of help by rallying public attention to the suffering. Campaigns to collect food, winter clothes and helplines for people in economic and emotional distress are popping up everywhere, intensified by the Christmas spirit.

Stores have offered discounts and set up boxes for donations of clothes or money. Ads on TV urged Lebanese to pack bags of donations instead of suitcases for travel. Another urged Lebanese in the diaspora coming home to visit to bring “medicines, clothes and goodies” to give, because “Lebanon needs help.”

Some restaurants have offered to deliver free food, and bakeries put out bread for anyone who needs. A yoga studio organized classes to fundraise for the needy. WhatsApp groups and Instagram pages shared addresses of local small businesses for shoppers to use for Christmas gifts. “We are all in this together,” said one tagline. A group of web developers created an app, Khayyak or Your Brother, to coordinate between those who want to help and those in need. “Don’t lose hope, you are not alone,” the advertisement for the app said.

The efforts are in part driven by the famed entrepreneurial spirit that helped Lebanese get through numerous previous crises, including a 15-year civil war and several wars with Israel that wrecked the infrastructure and economy.

But the protests have also created a unique experience — “something for everybody,” whether they support or oppose the revolt, said Mia Atwi, a clinical psychologist.

“People feel more that they are all suffering the same thing, the rich and the poor ... a common kind of loss,” she said.

Atwi is co-founder of Lebanon’s Embrace, a mental health organization operating the national suicide prevention helpline. The helpline now receives 100 calls a week, up from up to 10 before reports of suicides or attempted suicides first erupted three weeks ago.

Atwi attributed the jump to the spike of media and public attention to the issue of suicide, something she said has saved lives. Calls even come from rural areas, not just Beirut as they did in the past. Still, the government hasn’t given her organization a toll-free number, despite paying $25,000 a year for the four-digit helpline.

Many campaigns have sprung out of the protest movement. Weekly clothes donations and distributions were set up in the downtown Beirut squares at the epicenter of the demonstrations and near the Central Bank, which protesters accuse of corruption and fueling the economic crisis.

“We only have each other” proclaims the campaign’s hashtag, a snub of the political class and the state.

Rim Majid, a 21-year old student, quit university in Beirut to participate in “everything revolution.” After hearing of news of the man’s suicide in early December, she set up a griddle at a downtown protest site to make free manousheh, a traditional Lebanese flatbread. Next to the griddle is a donation box with the man’s name. Someone donated enough wheat for a week of baking.

“The suffering existed before, but now we are going through a crisis, one that will only get worse,” she said.

The help isn't only monetary. During a discussion one evening at a protest tent, a concerned woman asked: "What are the revolutionaries going to do when those who pay mortgages for their homes are unable to?” A young participant suggested the protesters could physically block the bank and the police from evicting people.

For Shkeir, the charity spirit reflects the principles of the protests — the rejection of an entire political elite seen as corrupt and of Lebanon’s sectarian power-sharing system.

Shkeir said his group’s donation campaign makes sure to transcend sectarian and political divisions and offers an alternative to the patronage that politicians use to cement their power. The campaign has members from Christian, Sunni and Shiite areas. At least three donors came to them instead of established charities because, he said, they wanted to avoid donating along sectarian or political lines.

Shkeir had once planned to migrate like many others driven out by Lebanon’s economic problems. The protests convinced him he has no other place to be but home, he said.

In the last two months, he said, he met people from across different classes and sects he never imagined talking to.