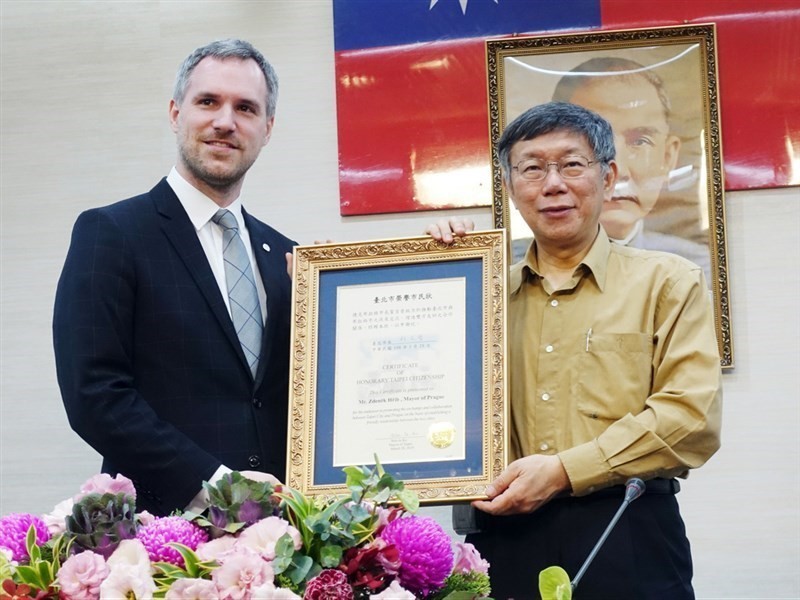 TAIPEI (Taiwan News) — Prague Mayor Zdenek Hrib, who has been seen as a staunch supporter of Taiwan, has openly called Beijing “an unreliable business partner” and called on the international community to be cautious about the Chinese Communist Party’s influence across the globe.

In the article “Why we fly the Tibetan flag over Prague City Hall,” published by The Washington Post on Monday (Dec. 23), Hrib declared China to be “an unreliable business partner” that would breach deals already made with other countries for its political agenda. The mayor said Beijing had promised €10 billion worth of investment in the central European nation following policy modifications on the part of the Czech government but that the promise had not been realized.

Hrib also referred to China as “a country that holds enormous grudges,” criticizing Chinese authorities for their relentless attempts to impose their “unitarian worldview” on democratic societies for treating “politicians, artists, or business people not as independent members of society but as representatives of the state and its policies.”

He condemned the Chinese government for calling off the Prague Philharmonic’s concert tour of China, originally scheduled for September and October, as a response to Hrib’s request to remove a clause expressing Beijing’s “one China principle” from the sister-cities agreement between the two cities.

Since Hrib was elected to office in 2018, the mayor, who served as an intern at a Taiwanese hospital before embarking on a political career, has advocated amendments to the agreement with Beijing. He stated in the article that the deal included a “highly unusual geopolitical declaration” approved by his predecessors.

The mayor had originally considered terminating the agreement if his Chinese counterpart did not agree to the change, but several days before the Prague city council was to discuss the issue, Beijing took the initiative. Prague will sign a new sister-cities agreement with Taipei in January pending approval by the city councils of both capitals.

Hrib emphasized that he did not ask for Western societies to stop working or collaborating with China. Instead, he said he “encourage[s] our friends around the world to think twice and be cautious before getting into bed with such an unreliable and potentially risky counterpart.”

The mayor also called on countries sharing similar values not to surrender to Beijing for fear of blackmail and threats. A member of the third-largest political group in his country, the Czech Pirate Party, Hrib has also been outspoken in his criticism of human rights issues in China.