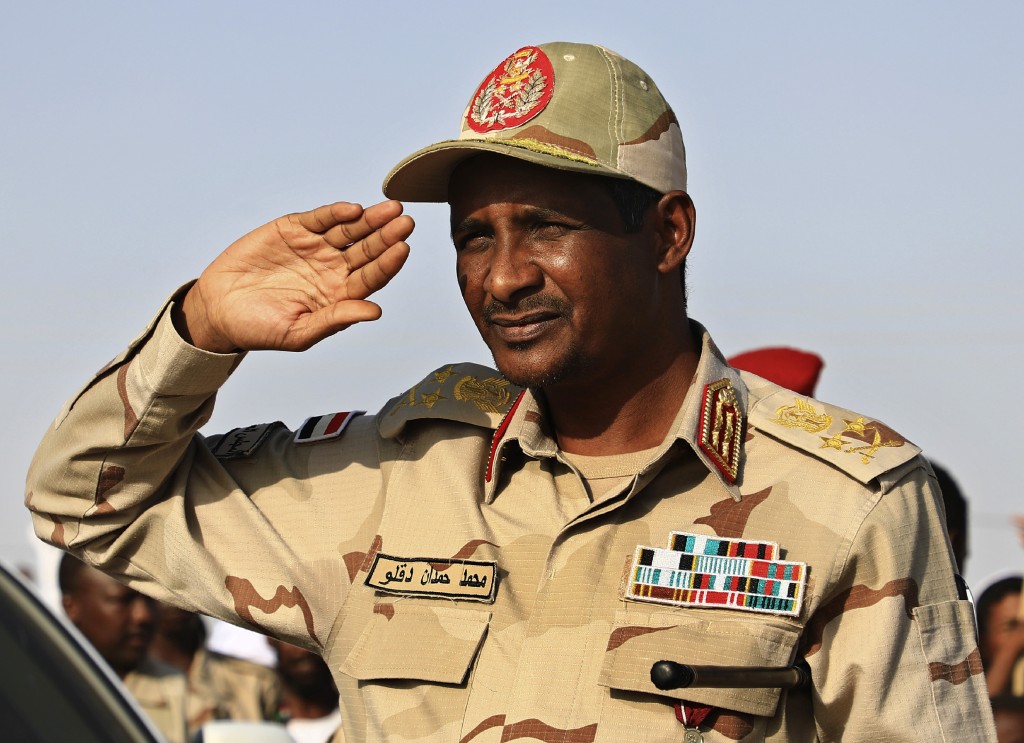 The deal was signed between the Sudanese government and a faction of the Sudan Revolutionary Front known as the “Center Track,” according to a statement by Sudan's transitional authorities.

The deal could pave the way for peace agreements with more factions of the SRF, as well as other rebel groups. The agreement was struck in Juba, the capital of South Sudan, where talks began earlier this month.

Negotiating an end to the rebellions in Sudan's far-flung provinces has been a crucial goal for the transitional government. It's looking to revive the country’s battered economy through slashing military spending, which takes up much of the national budget.

“It’s time to push for peace, and for Sudan to live in peace and stability after decades of wars and ruin,” said Gen. Mohammed Hamdan Dagalo, the deputy chief of the Sovereign Council, who led the government delegation at the talks.

The delegation returned to Khartoum later Tuesday, but is scheduled to head to Juba again later this week to resume talks with other rebel groups.

“The peace train has taken off,” said al-Tom Hugo, deputy head of the SRF. He signed the deal on behalf of the Center Track faction, which represents areas in central Sudan.

Al-Hadi Idris, head of the SRF, called it a “major breakthrough” and said his faction “supports the revolution and the transitional institutions."

The SRF is part of the pro-democracy movement that led the uprising against al-Bashir, but didn't fully support the military-civilian power-sharing deal. That deal includes a six-month deadline for achieving peace, which runs out in February.

It has called for a secular state with no role of religion in lawmaking, the disbanding of all al-Bashir’s militias and the revamping of the country’s military.

The group has said if its demands aren’t met, it would call for self-determination in areas it controls in the Blue Nile and South Kordofan provinces.

Another major rebel group, the Sudan Liberation Movement/Army, rejected the transitional government and has stayed out of the talks.