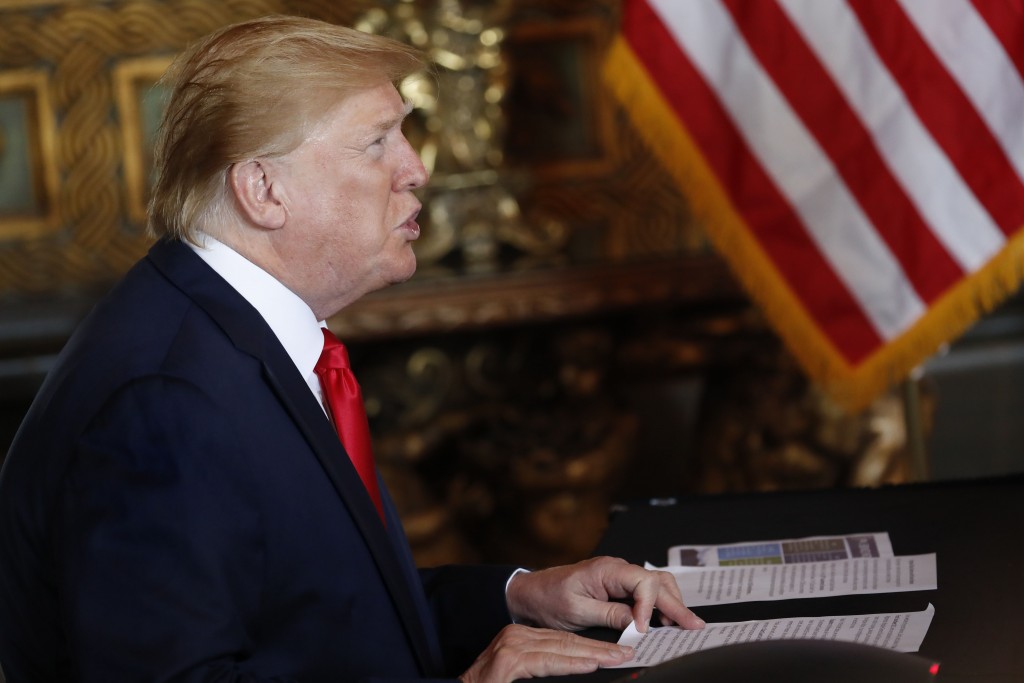 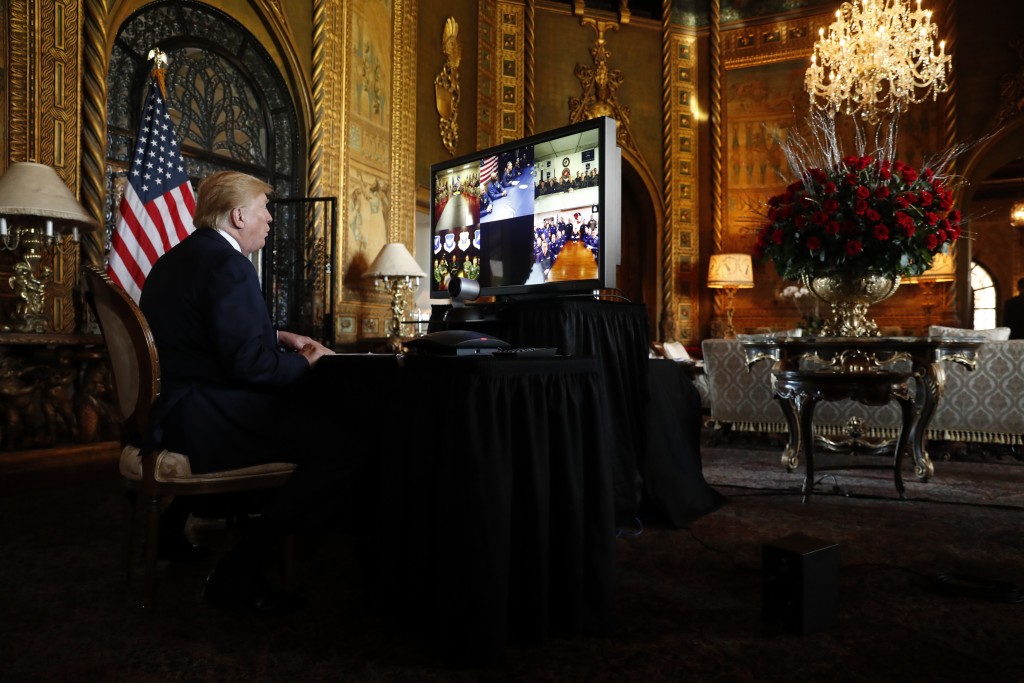 PALM BEACH, Fla. (AP) — President Donald Trump is calling members of the military stationed across the world to share greetings ahead of the Christmas holiday. Trump is speaking by video conference with service members from all five branches from his private club in Florida, where is he is on a more than two-week vacation.

Trump has been largely out of the spotlight since delivering a speech to conservative students in nearby West Palm Beach on Saturday, spending his days golfing on his private course and greeting the well-heeled members of his clubs.

“I want to wish you an amazing Christmas,” Trump told the group, which included Marines in Afghanistan, an Army unit in Kuwait, a Navy unit in the Gulf of Aden and a Coast Guard station in Alaska.

Trump was also asked what he'd bought his wife, first lady Melania Trump, for Christmas. He said he'd bought her a “beautiful card," but was “still working on a Christmas present."

“You made me think. I'm going to have to start working on that real fast," he said.