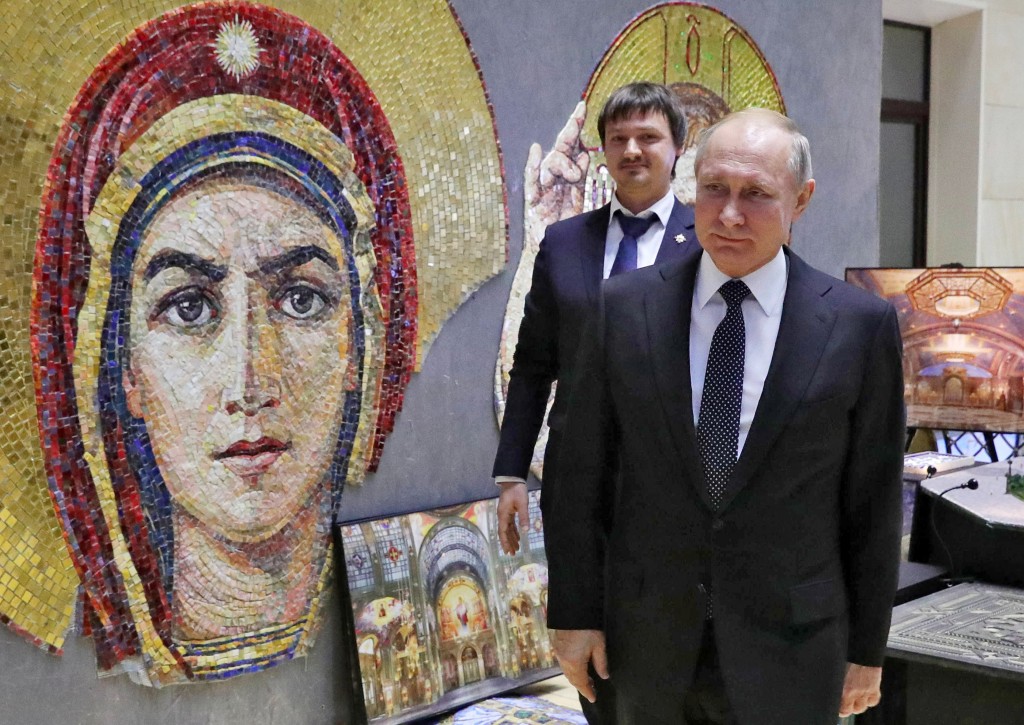 Speaking at a meeting with Russia's top military brass, Putin described a recent European Parliament resolution that blamed the 1939 nonaggression pact for the war's outbreak days later as “sheer nonsense.”

His remarks were the latest in a series of recent statements in which the Russian leader angrily rejected the West's characterization of the Soviet treaty with Nazi Germany.

Two weeks after Germany invaded Poland on Sept. 1, 1939, the Soviet Union invaded Poland from the east. Adolf Hitler and Soviet dictator Josef Stalin carved up Poland and the Baltic states based on a secret protocol in the Molotov-Ribbentrop pact they signed on Aug. 23, 1939.

Putin cast the Molotov-Ribbentrop treaty as a move the Soviet Union was forced into following nonaggression agreements some other European nations had signed with Hitler.

He cited a 1938 agreement reached by Germany, Britain, France and Italy that allowed Hitler to annex Czechoslovakia as an example of Western leaders' alleged “collusion” with Hitler.

The Russian leader focused his criticism Tuesday on Poland, citing archive documents that he claimed had the Polish ambassador to Berlin praising Hitler's plans to rid Europe of Jews.

In an angry outburst, Putin denounced the ambassador as a “scum” and “anti-Semitic swine.”

Putin's remarks followed a similar statement he issued Friday that drew an angry rebuke from the government in Warsaw, which accused the Russian president of echoing Soviet propaganda.

The Kremlin is anxious to see Soviet sacrifices and the nation's role in defeating the Nazis duly recognized as it prepares to mark the 75th anniversary of the Allied victory in May.