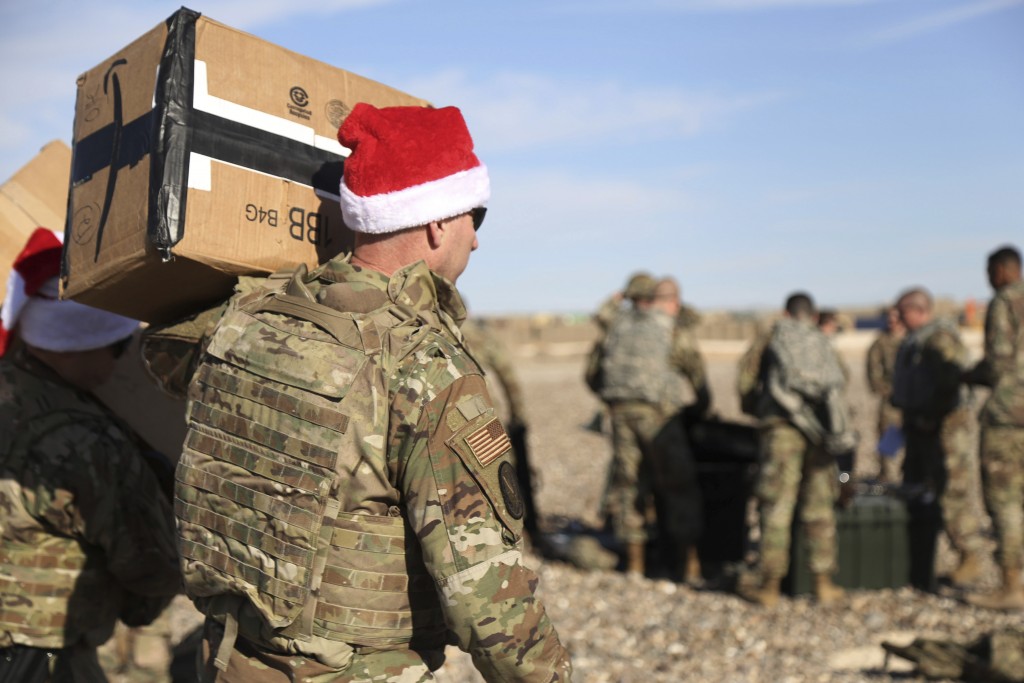 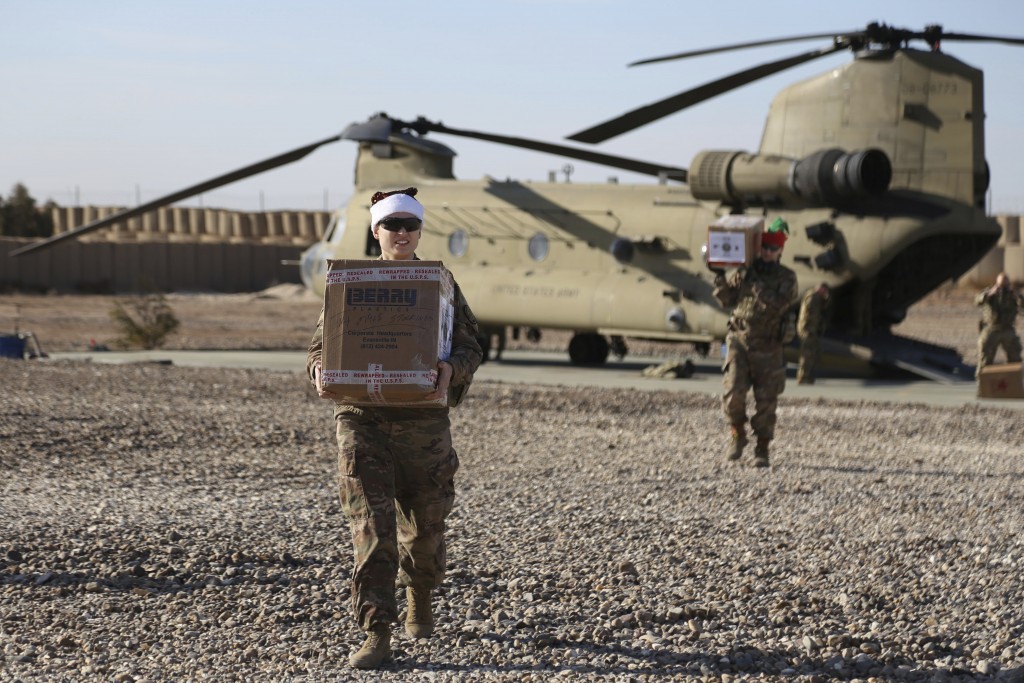 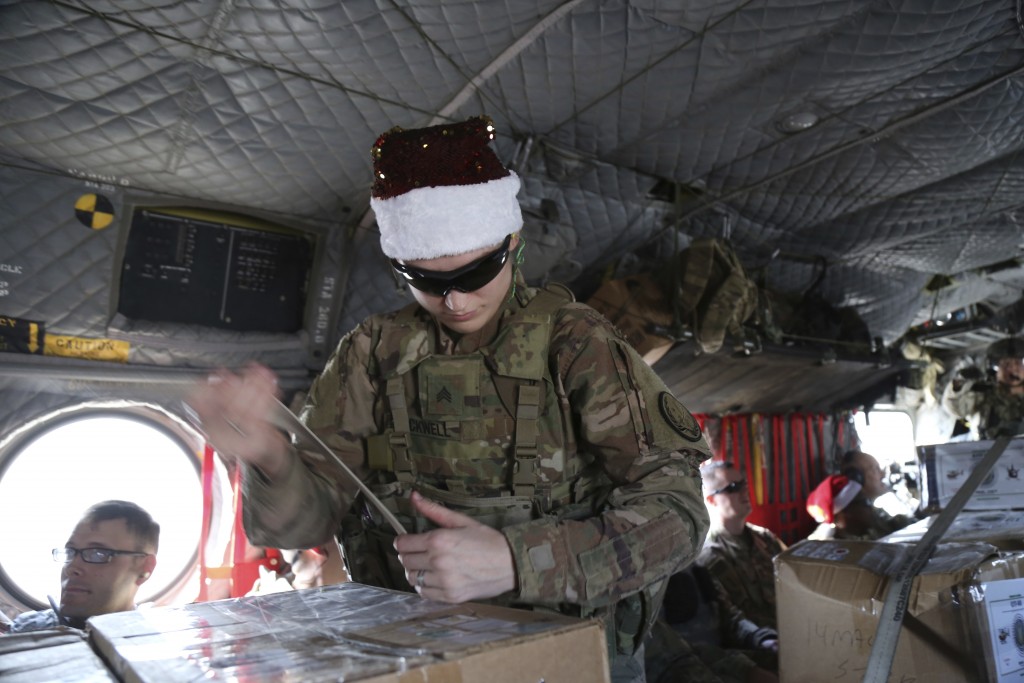 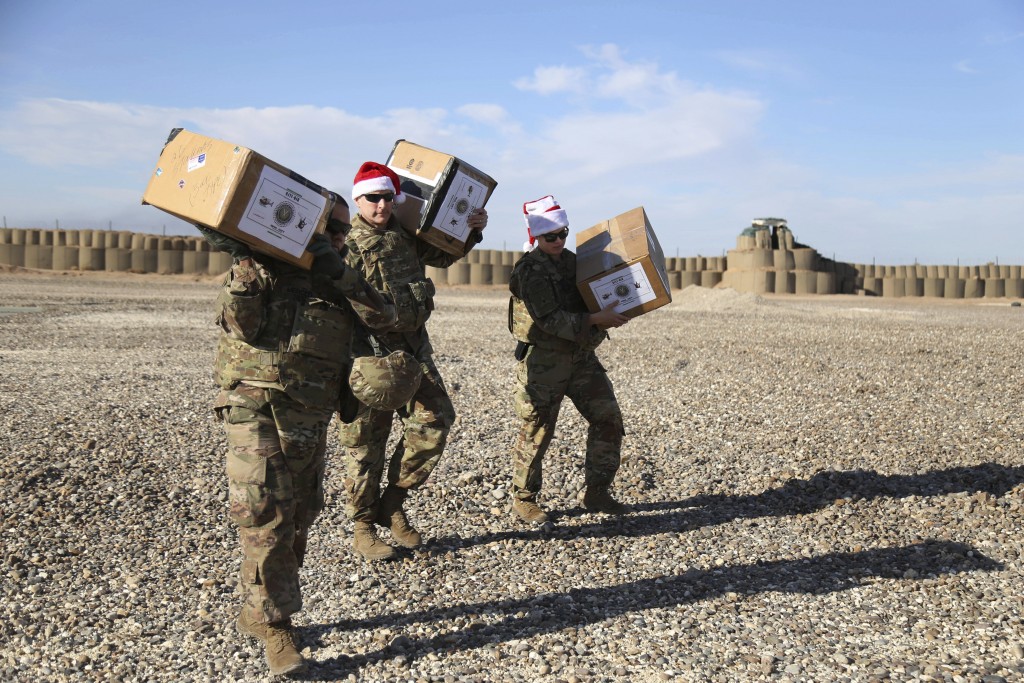 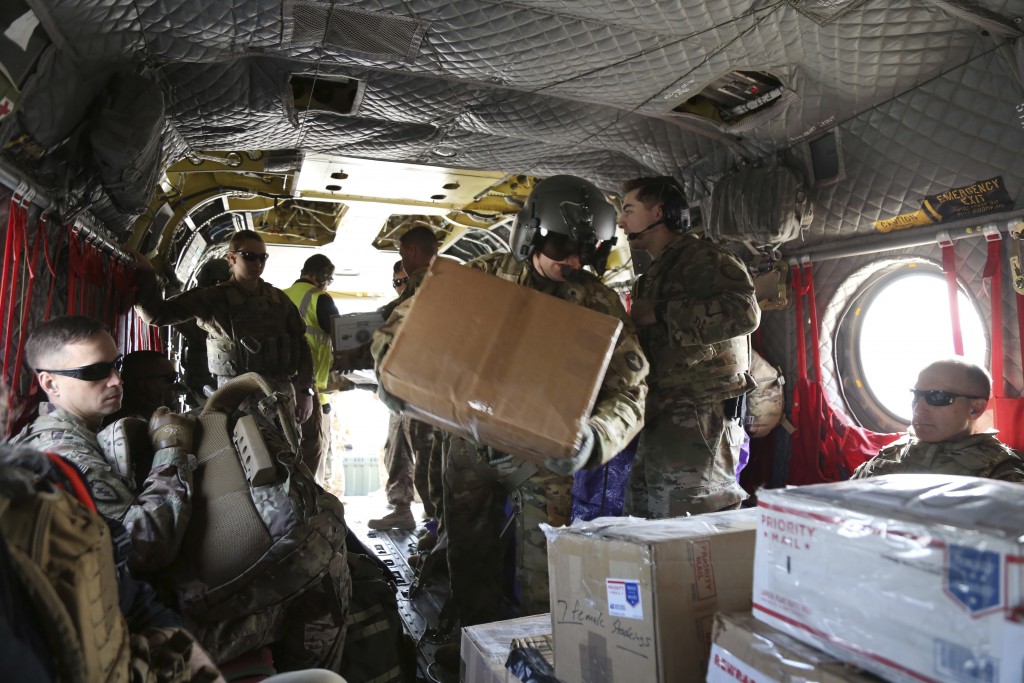 SHADDADEH, Syria (AP) — Hundreds of American troops based in Syria have received Christmas gifts thanks to Operation Holiday Express, launched by U.S.-led coalition forces from across the border in neighboring Iraq.

This year, Santa's sleigh and reindeer were apparently swapped for a workhorse CH-47 Chinook helicopter. But coalition forces still donned jolly red caps as they unloaded boxes of gifts at five locations in eastern Syria, as seen by The Associated Press on Monday.

In addition to the presents, a U.S. military band was flown in to play Christmas tunes. The soldiers received stockings stuffed with candies, toiletries and other gifts. Most were donated by military support organizations in the U.S., as well as churches and charity organizations, coalition spokesman Col. Myles Caggins said.

Caggins said the aim of Operation Holiday Express was to bring a little Christmas cheer to those on active duty. AP toured bases in five locations: the al-Omar oil field, Deir el-Zour, Shaddadeh, Hassakeh and Rumeilan.

The U.S. at one point had some 2,000 service members in Syria, mostly taking part in battles against the Islamic State group. The number has dropped since the extremists' defeat in March, when they lost their last sliver of territory to Kurdish-led fighters backed by Washington.

While President Donald Trump has said he will withdraw the bulk of the roughly 1,000 American troops from Syria, he’s made it clear he'll leave some military forces in the country to help secure the oil fields across eastern Syria from any IS resurgence.

The move has raised a number of difficult legal questions about whether U.S. troops can launch strikes against Syrian, Russian or other forces if they threaten the oil, U.S. officials said last month.

Chairman of the Joint Chiefs of Staff Gen. Mark Milley said last month that about 500 or 600 U.S. troops will remain in Syria to counter IS fighters who have been carrying out hit-and-run attacks in recent weeks against Kurdish-led fighters.

Lt. Gen. Pat White, commander of Combined Joint Task Force - Operation Inherent Resolve, told the AP that the presence of American soldiers on the ground in Syria shows the commitment of U.S. forces, and they will pursue the remnants of IS anywhere in Syria.