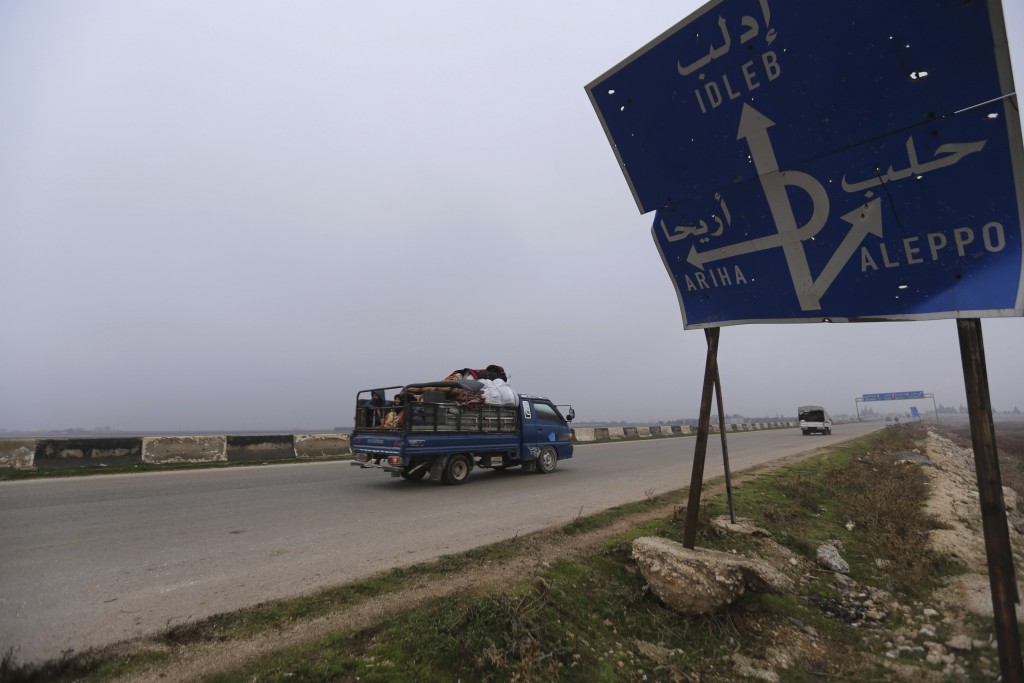 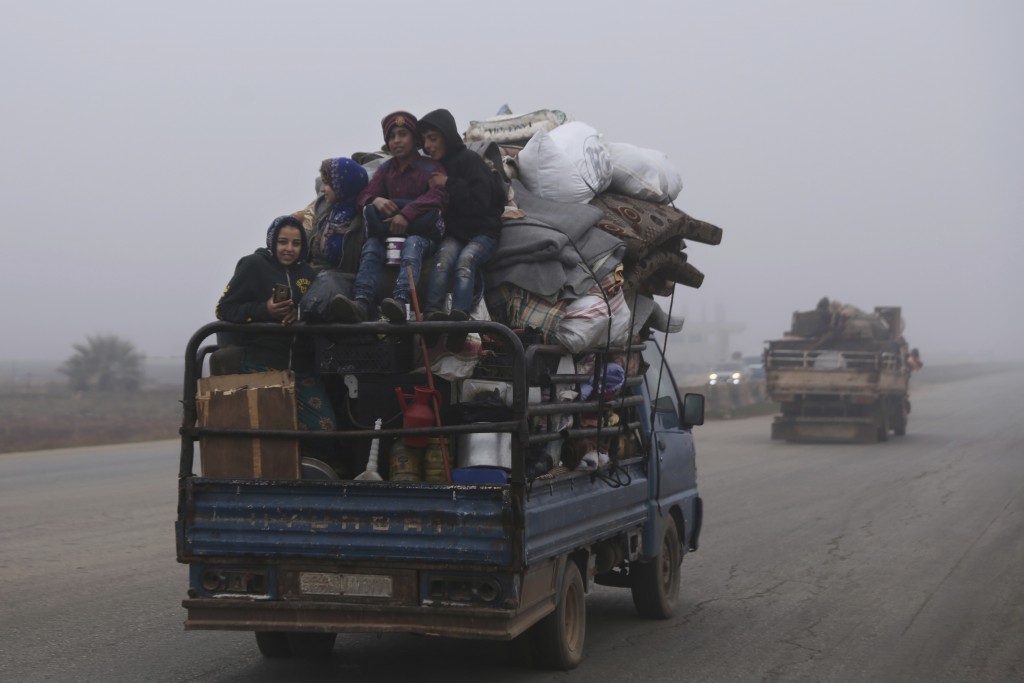 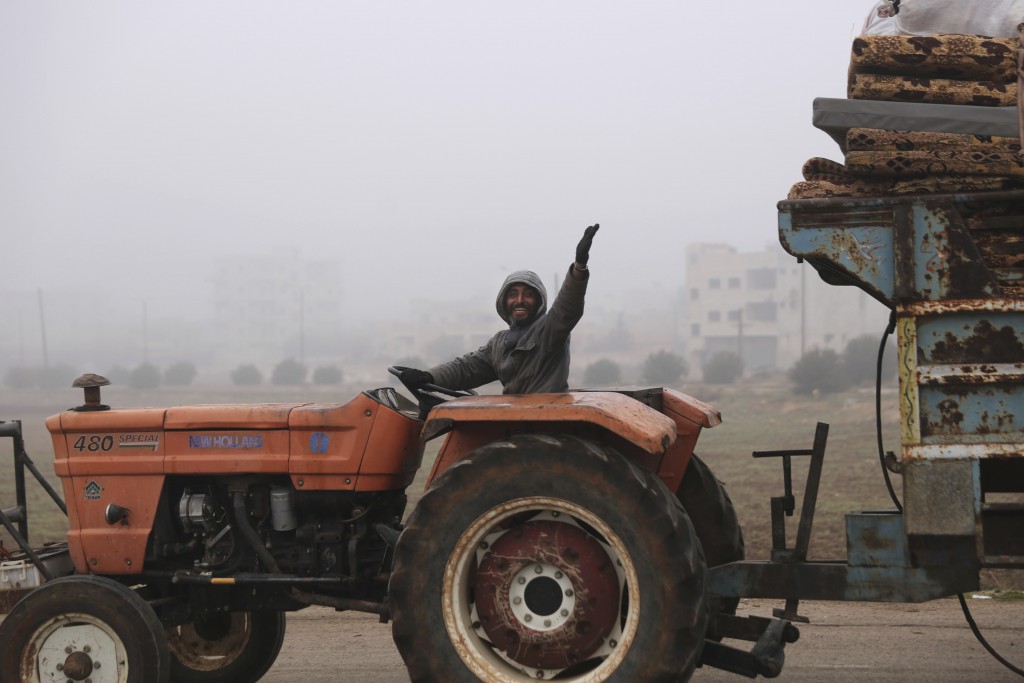 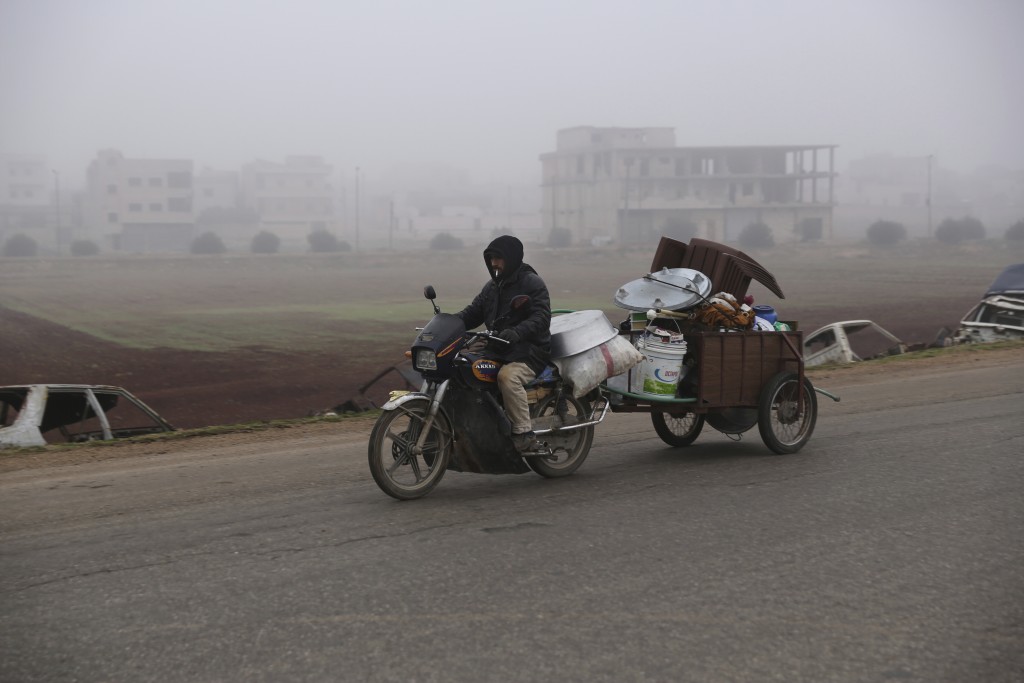 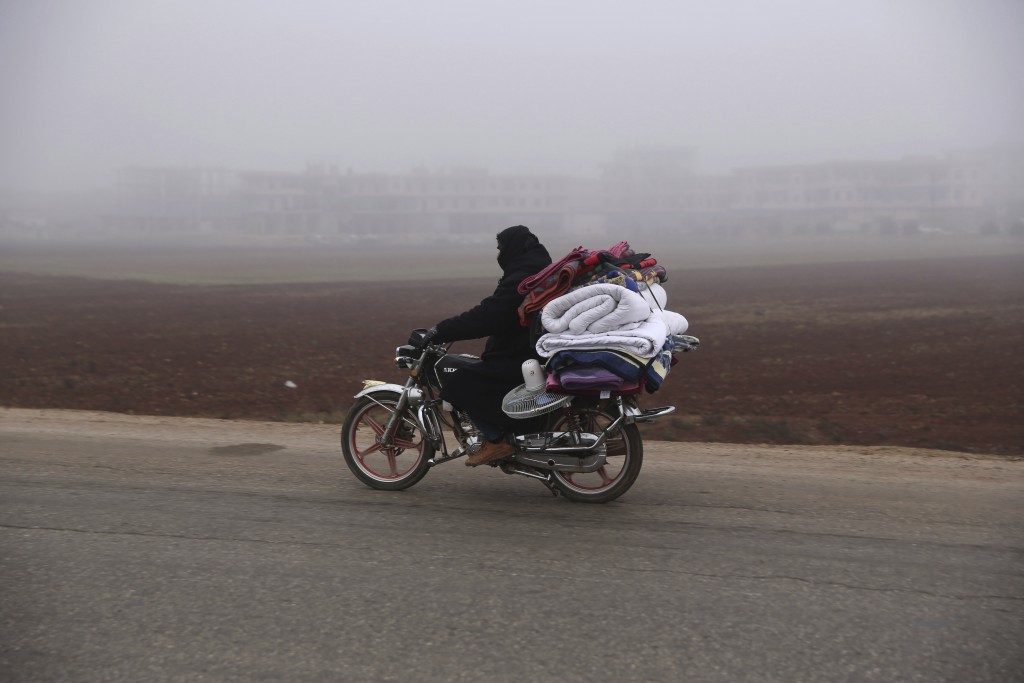 Syrian government troops also besieged a Turkish observation post in the area but have not attacked it so far, the activists said.

Syrian forces launched a wide ground offensive last week in the northwest, after weeks of bombardment that displaced tens of the thousands of people in Idlib province, the country's last rebel stronghold. Opposition activists say more than 40 villages and hamlets are now under government control in southern parts of Idlib.

The U.N. estimates that some 60,000 people have fled from the area, heading south, after the bombings intensified earlier this month. Thousands more have fled further north toward the Turkish border in recent days.

The activists blamed Russia, Syrian President Bashar Assad's main ally in the war, for Tuesday's missile attack that hit the Jobas village school. Among the eight killed were five children and a woman, according to the Britain-based Syrian Observatory for Human Rights.

Syrian citizen journalist Hussein Khattab reported the same death toll. The school building was used by people displaced by violence in other parts of the country, the Observatory and Khattab said.

Syrian troops have been pushing toward the rebel-held town of Maaret al-Numan that sits on a highway linking the capital, Damascus, with the northern city of Aleppo, Syria's largest. Assad's forces appear determined to eventually reopen the strategic highway, which has been closed by the rebels since 2012.

The Observatory said the troops are now about 4 kilometers (2.5 miles) from Maaret al-Numan, adding that government forces advancing from the east have surrounded the Turkish observation post near the village of Surman.

Turkey is a strong backer of Syrian rebels and has 12 observation posts in northwestern Syria as part of an agreement brokered last year with Russia. The post near Surman is the second that has been encircled by Syrian troops this year.

In their push toward Maaret al-Numan, Syrian troops captured late Monday the village of Jarjanaz, a stronghold of al-Qaida-linked fighters.

Idlib province is dominated by al-Qaida-linked militants. It’s also home to 3 million civilians, and the United Nations has warned of the growing risk of a humanitarian catastrophe along the Turkish border.