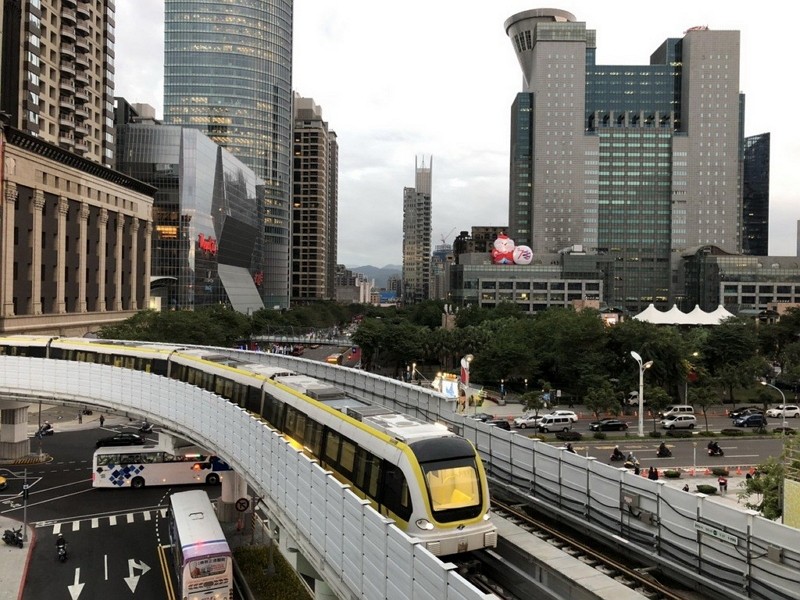 The first section of the Circular Line of Taipei's mass rapid transit system will not start operating by the end of the year as expected because the date for a final inspection has yet to be set, New Taipei's Department of Transit Systems said Monday.

New Taipei Mayor Hou You-yi (侯友宜) said on Dec. 18 that if a final inspection was set for Dec. 24 and improvements were made as requested, the line's first section would likely start operations by the end of the year.

If not, he hoped the line would start service as soon as possible once the safety of the system was ensured, he said at the time.

A Ministry of Transportation and Communications (MOTC) official told CNA there was no plan to conduct a final inspection on Tuesday.

Instead, a meeting was scheduled for Saturday to discuss the implementation, procedures, and schedule for a final inspection before the inspection date is set.

After the final inspection, the inspection committee will offer opinions on improvements needed by the line, which will not be approved by the MOTC until all improvements have been made, said the official, who spoke on condition of anonymity.

Lee Cheng-an (李政安), the head of New Taipei's Department of Transit Systems, told CNA that the local government respected the MOTC's decision and hoped that once there are no safety concerns related to the line it could quickly go into service.

The new 15.4-kilometer line, comprising 14 stations, will connect Dapinglin to the New Taipei Industrial Park through Xindian, Zhonghe, Banqiao and Xinzhuang without having to pass through Taipei, helping reduce travel time.

The first section of the Circular Line is also called the Zhong Huan Section (central circle), while construction on three other sections of the line, namely the Nan Huan (south circle) Section, the Bei Huan (north circle) Section and the Dong Huan (east circle) Section has yet to begin.

The Zhong Huan Section has the only elevated section among the four projects, with the rest to be built underground.