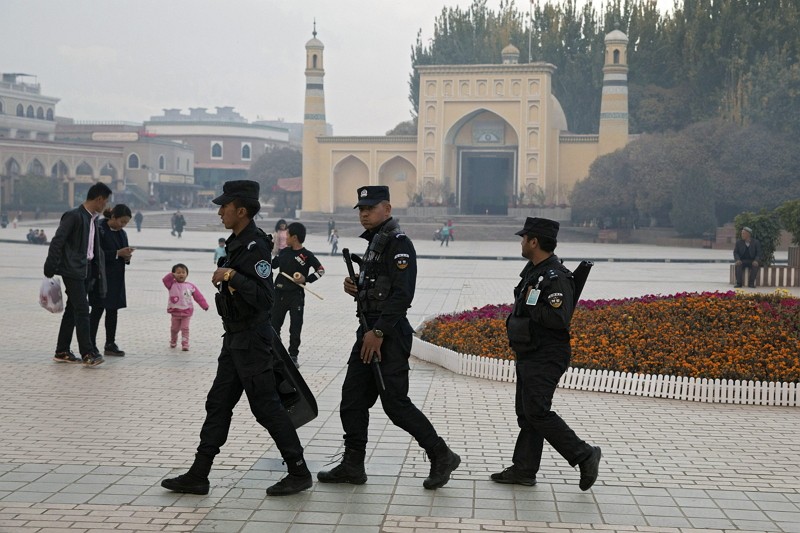 According to the report, Korla’s population has been halved from an estimated 500,000-600,000 to about 200,000-300,000 after the government's implementation of strict security measures over the past few years. Many of those leaving the city were once part of the influx of Han Chinese created by PetroChina, the country’s largest petroleum company, which developed one of its largest oil fields in the area.

Residents in Urumqi, Xingjiang's capital, have to submit to random frisking and security checks on cell phones by police, ostensibly for the purpose of searching for dangerous items or illegal software. People in the "target group," those who share a different political or religious ideology from the Communist government, have their identity cards marked, which alerts the authorities every time they enter a public space, reported Epoch Weekly.

With at least one million ethnic Uyghurs having been detained in internment camps in the region, many urban areas have become ghost towns. A local business owner told FT that the inconvenience of the security measures pushed people away from Korla because it got to the point where people had to hand over their IDs just to buy something.

As for the impact of the exodus on the local economy, Xinjiang’s official figures show that fixed-asset investment in Bayingolin prefecture, where Korla is located, has dropped by RMB$33.5 billion (US$4.78 billion) since 2016 and that real estate development has decreased by RMB$5.15 billion (US$734 million).