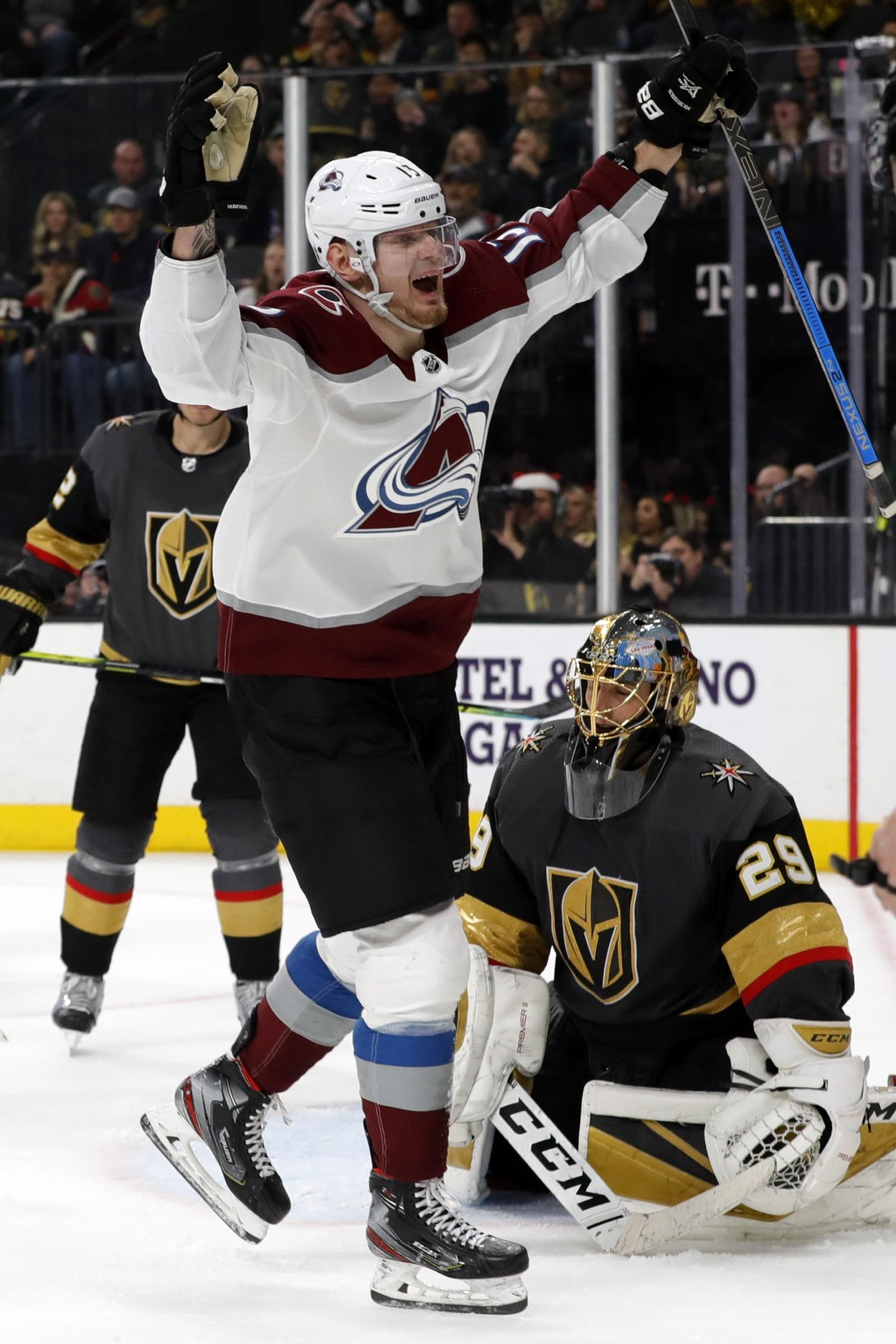 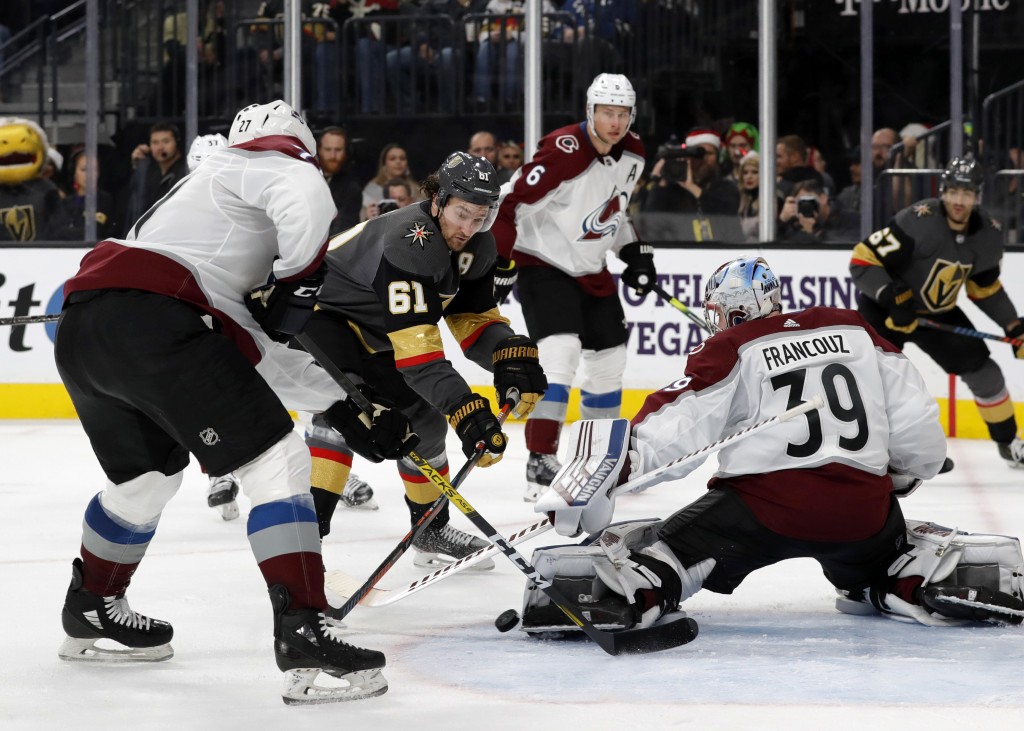 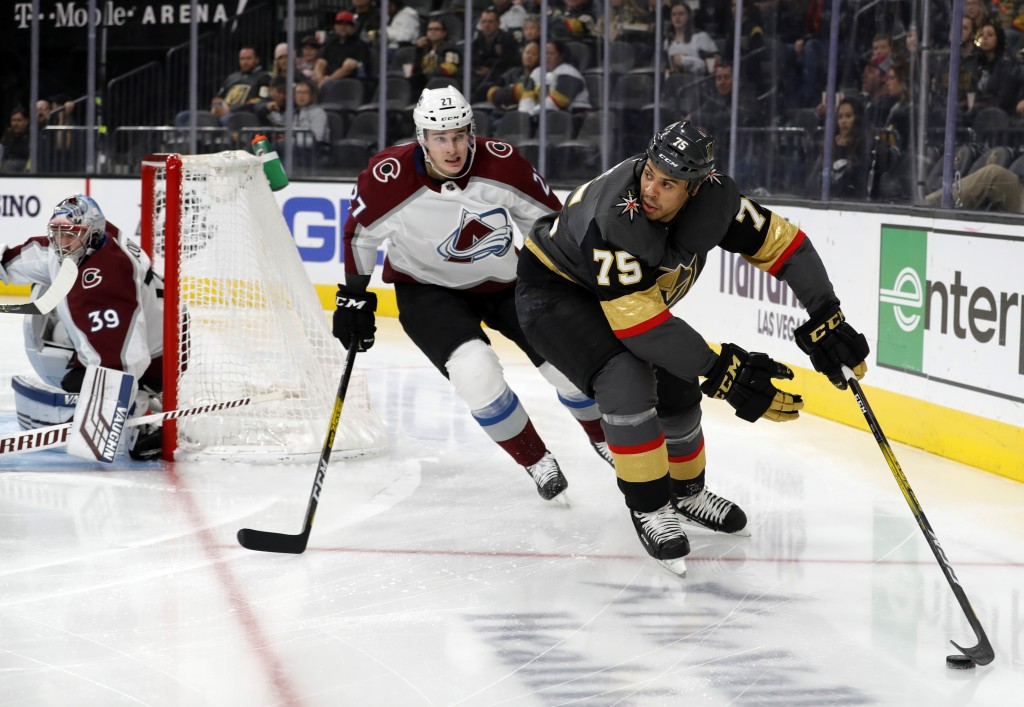 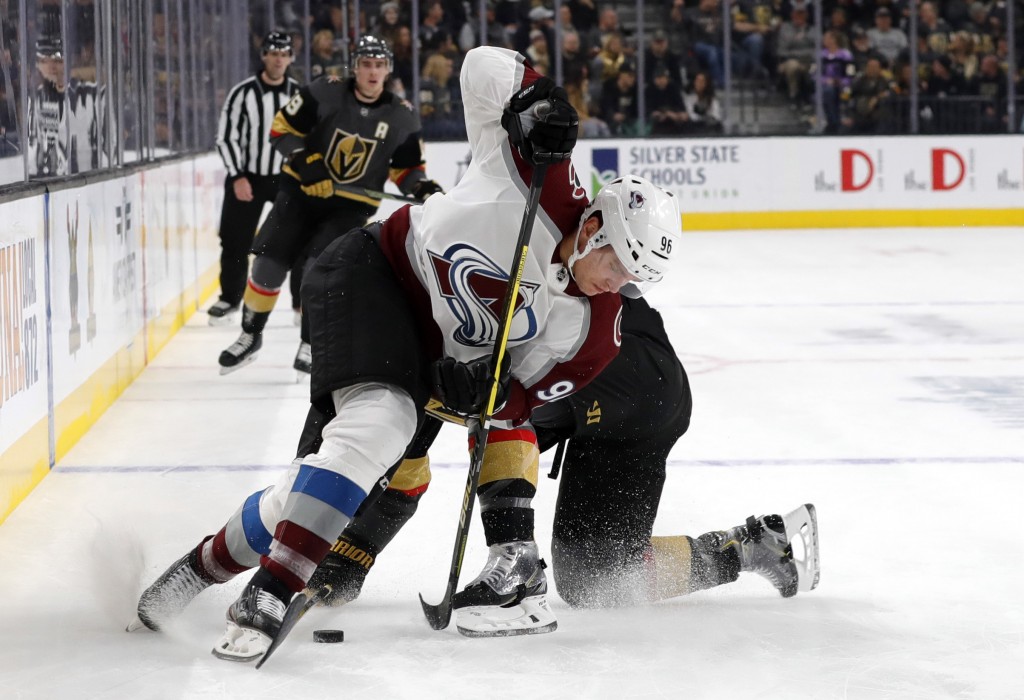 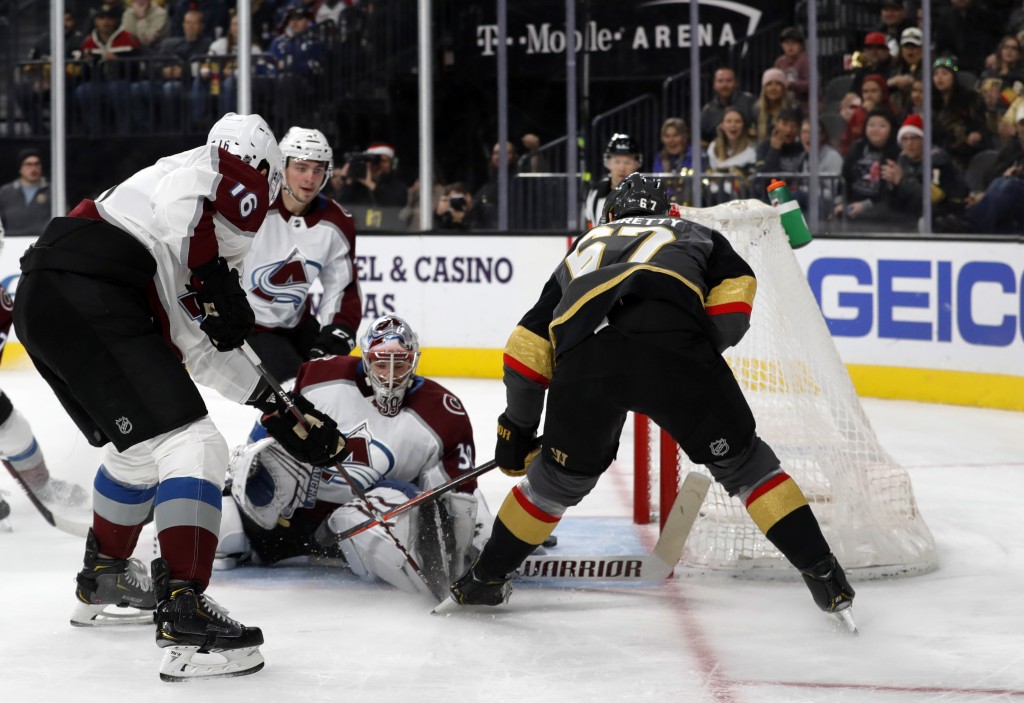 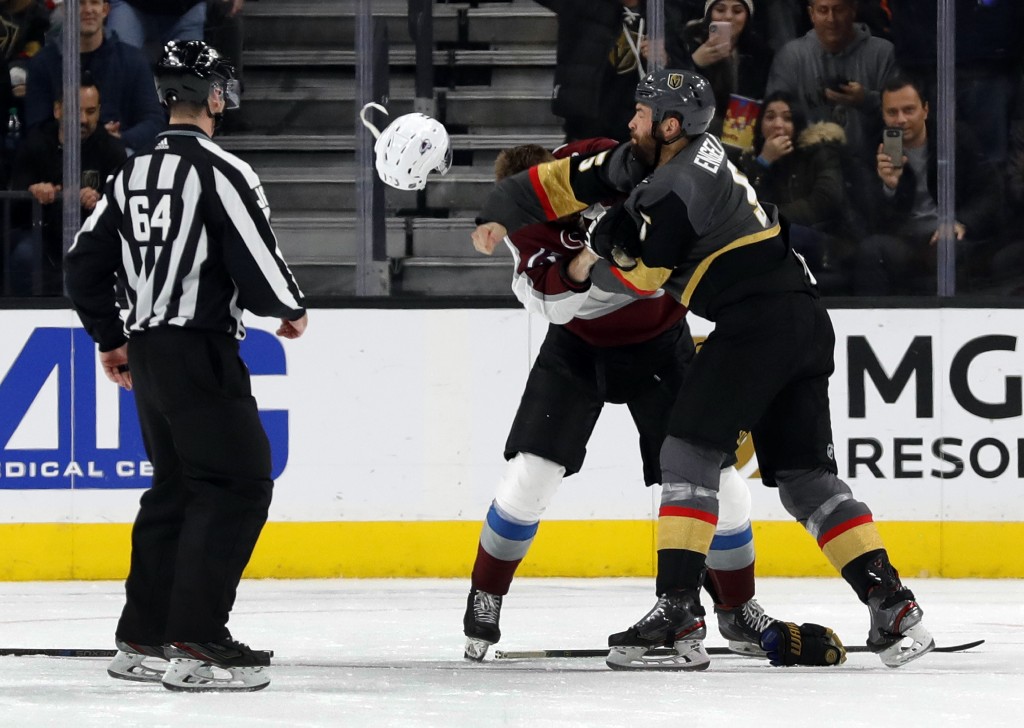 The Avalanche, who improved to 7-3-1 in December, will head into the three-day holiday break on a 15-6-1 run since Nov. 7. With the win, the Avalanche finished tied for their most points at the break with 51, matching their total from 2000-01.

Goaltender Pavel Francouz is unbeaten in his last 12 games. He has won his last four starts.

Marc-Andre Fleury, who entered the game on a 5-1-1 run in last seven home starts, made 31 saves. It was the goals he allowed that left Fleury looking anything like a three-time Stanley Cup champion.

The highlight of the game for Vegas was Deryk Engelland igniting the crowd with his fists. The 37-year-old Engelland got the best of 24-year-old Nichushkin with a flurry of right-handed haymakers before the two tumbled to the ice.

Bellemare, who played for Vegas in its first two years in the league, opened the scoring when he took a cross-ice pass from J.T. Compher, skated between the circles and whipped a backhand past Fleury. Reaves tied the game when his shot was blocked by Francouz but ricocheted off the blade of Colorado defenseman Nikita Zadorov's stick and into the net midway through the first period.

The Avalanche took advantage of a pair of turnovers by two of Vegas' steady stick handlers — Jonathan Marchessault and Mark Stone — to regain the lead and extend it to two.

First, it was J.T. Compher intercepting Marchessault's pass and finding a streaking Nieto, who skated in on a breakaway and beat Fleury for a short-handed goal to make it 2-1. Then, Kadri picked Stone's pocket in the neutral zone, driving to the net and beating Fleury between the pads to give Colorado a 3-1 lead.

The Golden Knights cut the deficit to one goal, when Pacioretty knocked home his own rebound midway through the second period, but the momentum shift didn’t last long. Playing in his 600th career game, Landeskog fired a shot from the circle that trickled past Fleury to put the Avalanche back on top by two. Bellemare got his second goal late in the second, pushing the lead to three.

Carrier opened the third period scoring, but Rantannen and Nichushkin put the game out of reach.

NOTES: Avalanche D Cale Makar was a full participant in morning skate and wore a regular practice jersey but missed his eighth straight game with an upper-body injury. Bednar said he wants to make sure the rookie is fully healthy before returning to game action. Makar is slated to make his return on Friday against the Minnesota Wild. ... Landeskog became the 10th player in franchise history, and fifth in Avalanche history, to reach 600 career games.

Golden Knights: At Anaheim on Friday.