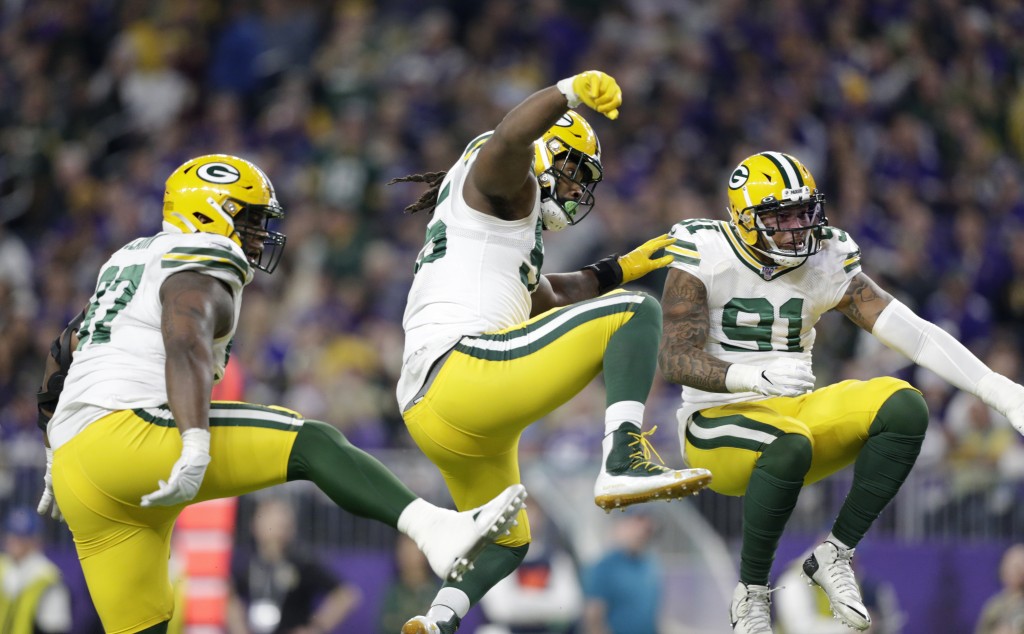 The Packers (12-3) made Matt LaFleur the 10th rookie coach in NFL history to reach 12 victories, winning for the first time in four tries at Minnesota's deafening U.S. Bank Stadium with a dominant finish after trailing 10-9 at halftime. Green Bay stayed in position for a first-round bye in the playoffs with the top seed and home-field advantage until the Super Bowl still in sight.

The Packers stormed back from three first-half turnovers, including a rare interception by Aaron Rodgers, to seal the Vikings (10-5) into the sixth playoff seed. Kirk Cousins was sacked five times, with a whopping 3 1/2 by Smith, and he threw an interception in the third quarter that set up the first score by Jones. Cousins fell to 0-9 in his career in Monday night games.