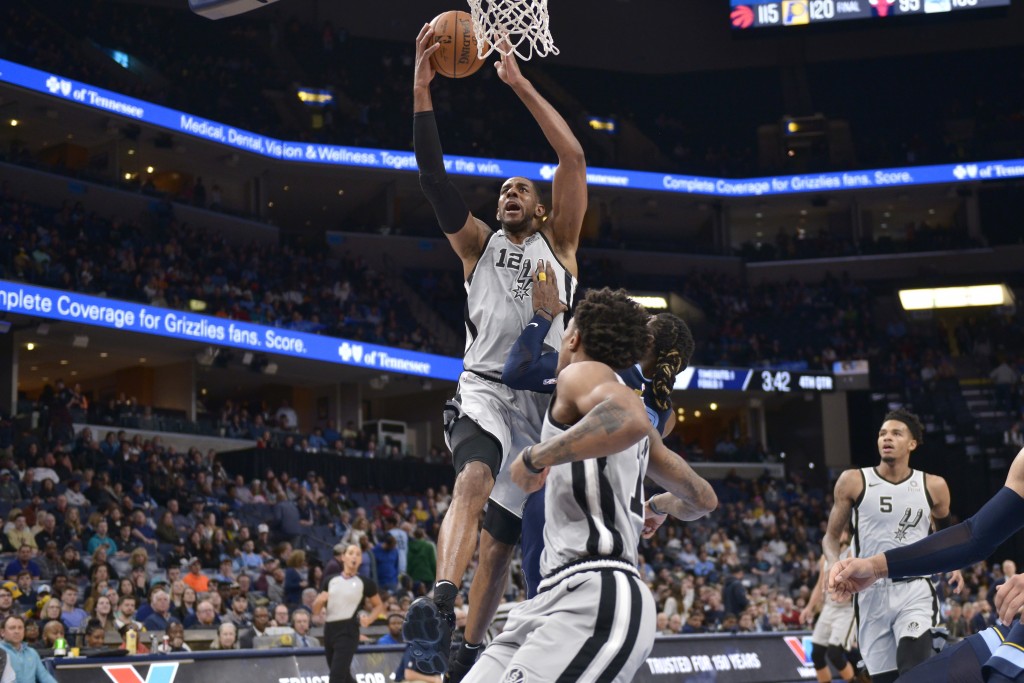 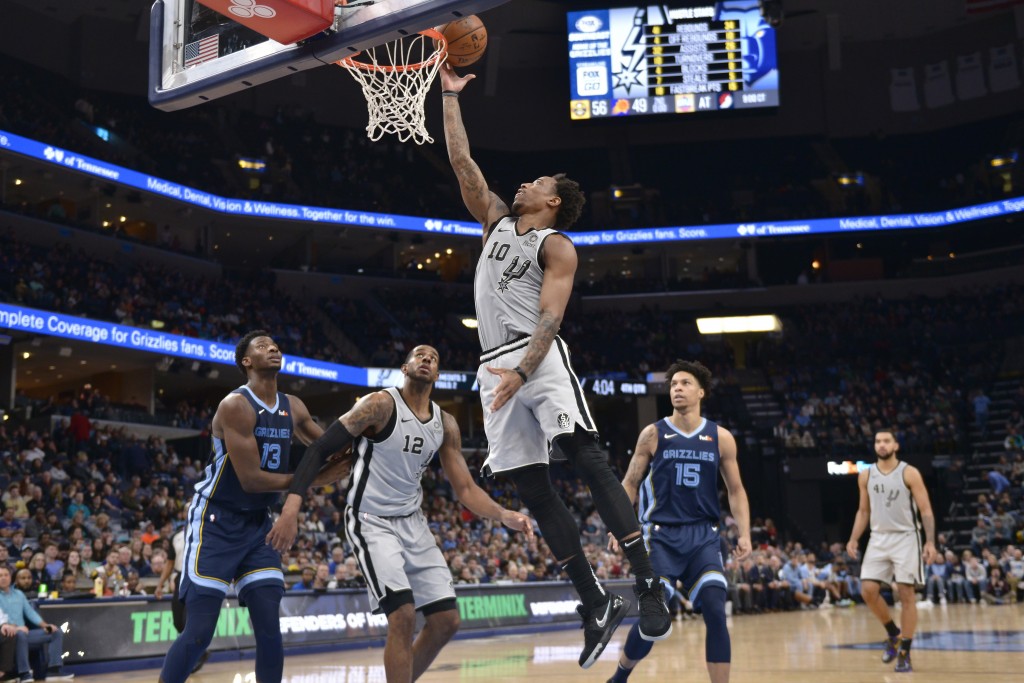 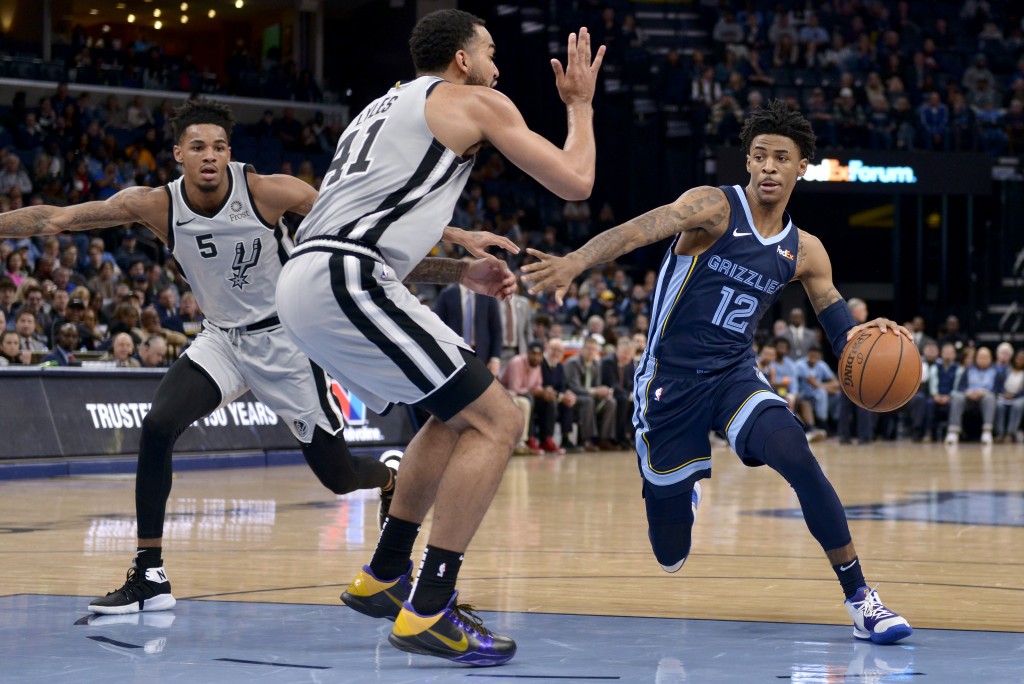 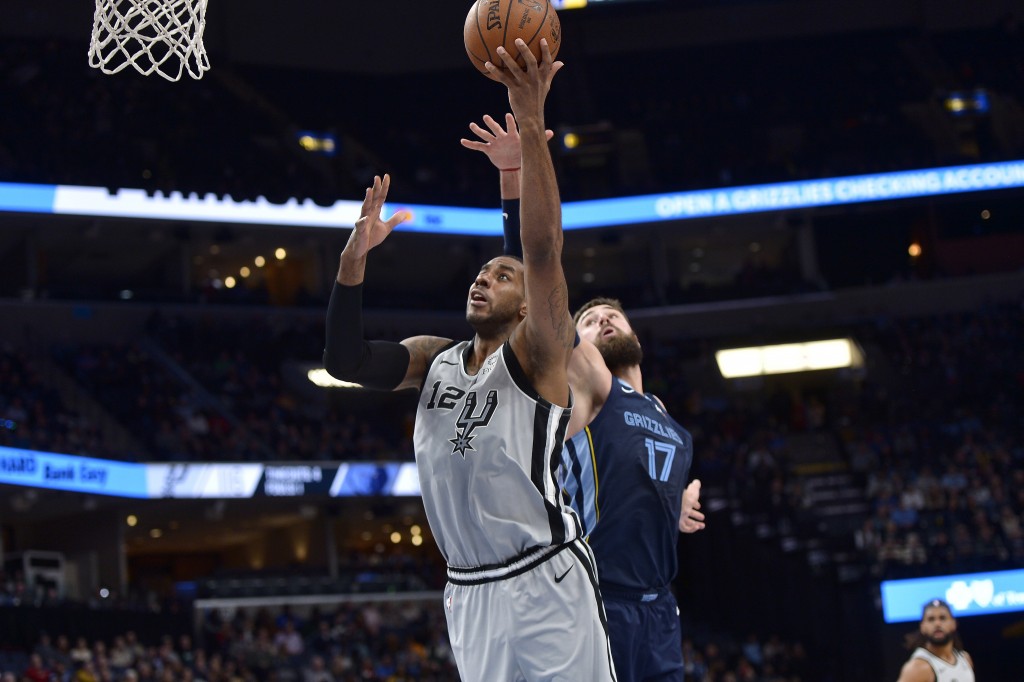 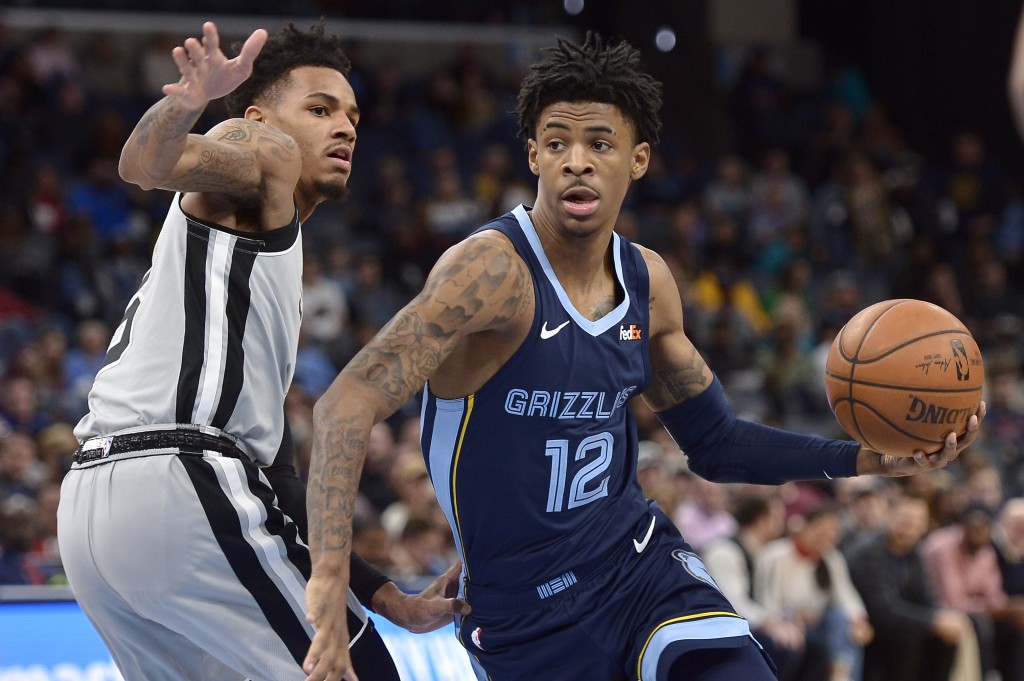 MEMPHIS, Tenn. (AP) — LaMarcus Aldridge scored a season-high 40 points, DeMar DeRozan added 26 points and 10 assists, and the San Antonio Spurs shot 67% from the field in a 145-115 victory over the Memphis Grizzlies on Monday night.

Trey Lyles finished with 17 points and Dejounte Murray scored 14 for the Spurs. The point total and shooting percentage were season-bests for San Antonio.

Jaren Jackson Jr. scored 22 points for Memphis, while rookie Ja Morant finished with 19. Jonas Valanciunas had 18 points and 12 rebounds as Memphis lost for the third time in the last four.

The Spurs were uncanny in their shooting accuracy from the start, connecting at 79% in the first quarter — and that included missing their final two shots in the period. The 46 points by the Spurs in the first were the most ever surrendered by the Grizzlies in a quarter.

The Spurs would build the lead to 19 in the half as Aldridge had 28 points, converting 12 of 17 shots.

There were occasions in the third quarter where Memphis got the deficit under double digits, and Morant provided a couple of highlight dunks. But the Spurs maintained a comfortable advantage through three quarters. San Antonio was still shooting 66% at that point.

The San Antonio lead would reach 23 in the fourth before both teams emptied their benches.

Spurs: Hit 19 of their first 22 shots. The streak of made baskets went so long that once Aldridge missed a shot late in the first quarter, it drew a loud cheer from the Memphis faithful. … Aldridge reached at least 30 points for the fourth time this season. … Marco Belinelli had 10 points.

Grizzlies: Valanciunas returned to the starting lineup after missing Saturday’s game against Sacramento with right foot soreness. He recorded his 16th double-double. …The 145 points given up by Memphis were the most this season. The previous high was 138 by Dallas on Nov. 9.

Spurs: Travel to Dallas to play the Mavericks on Thursday.