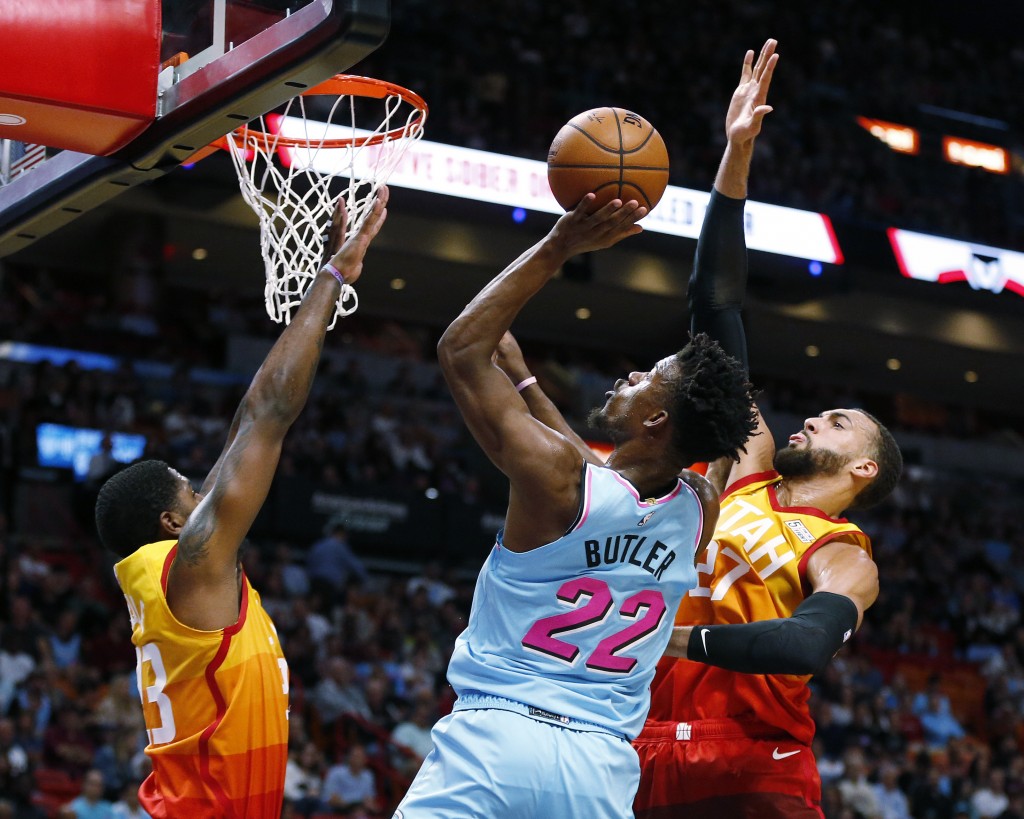 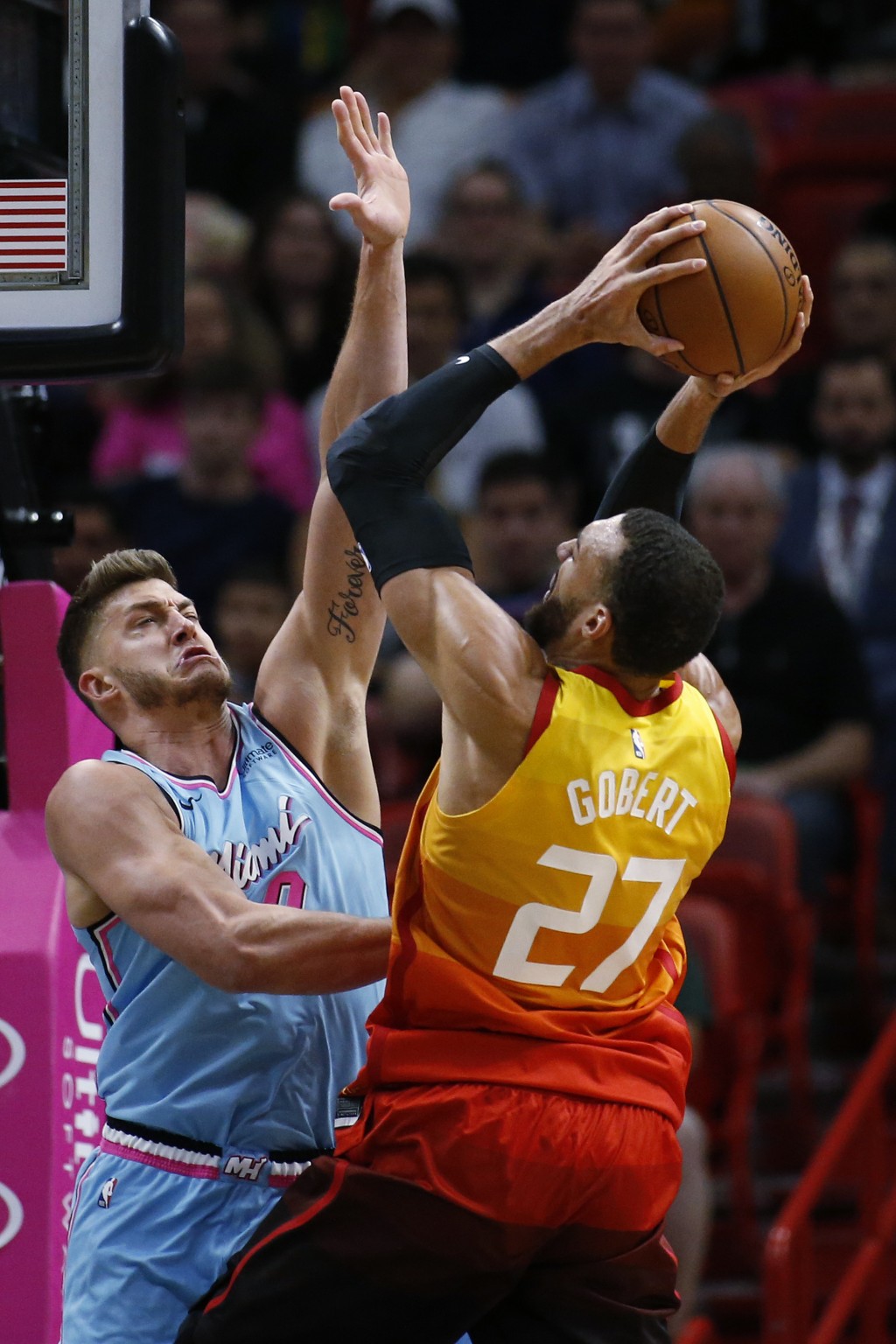 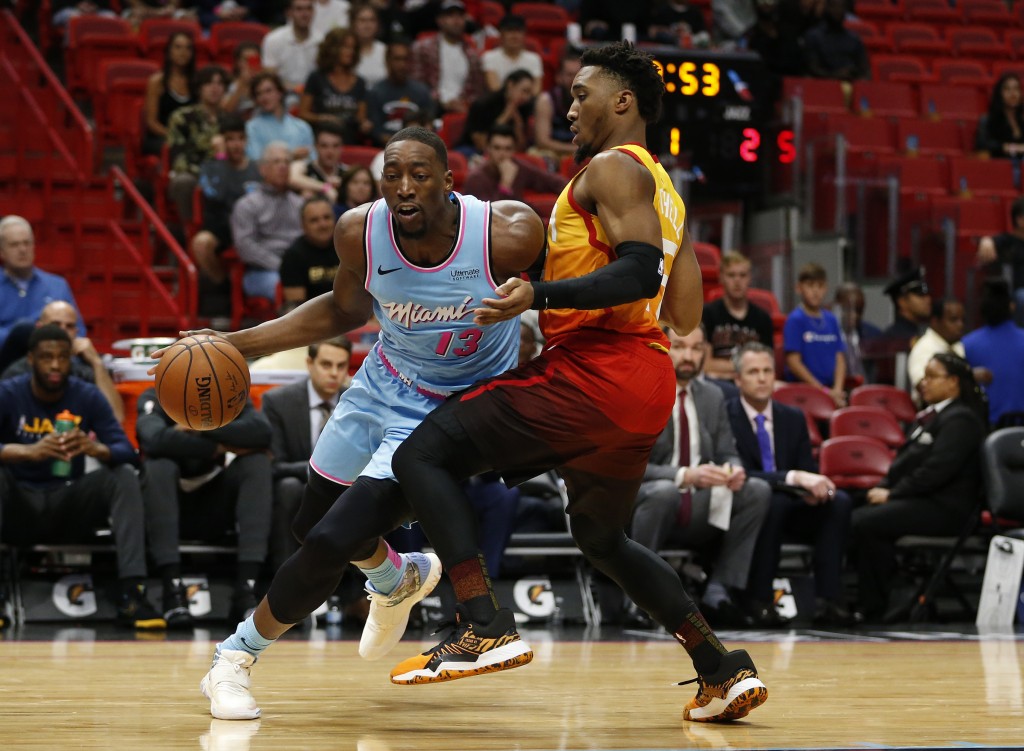 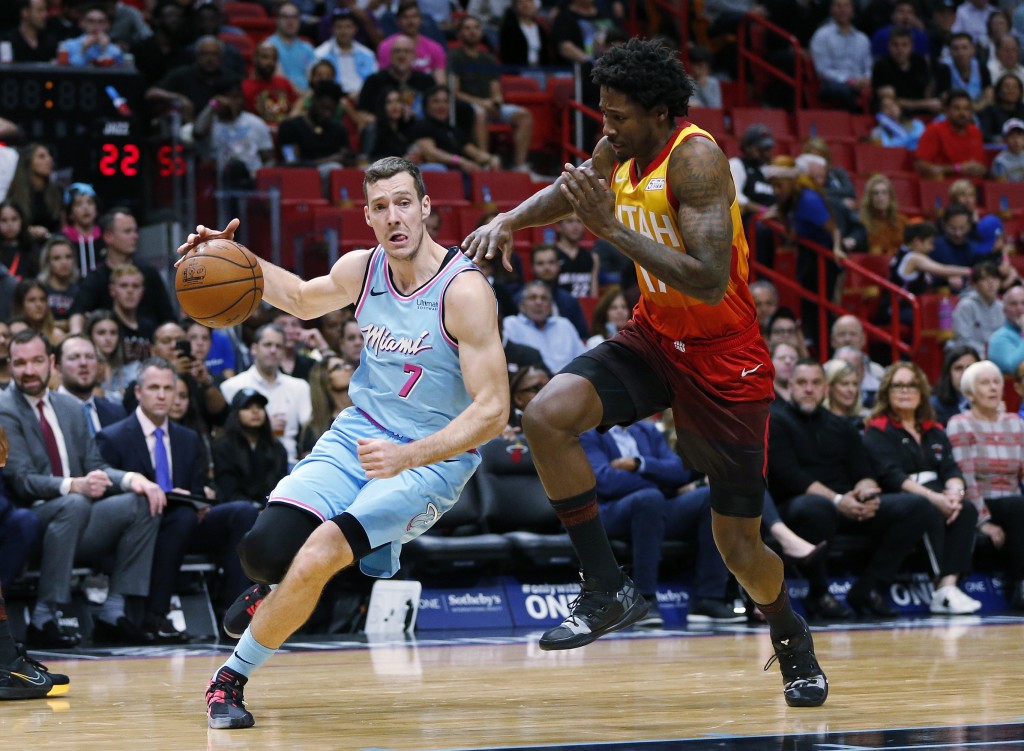 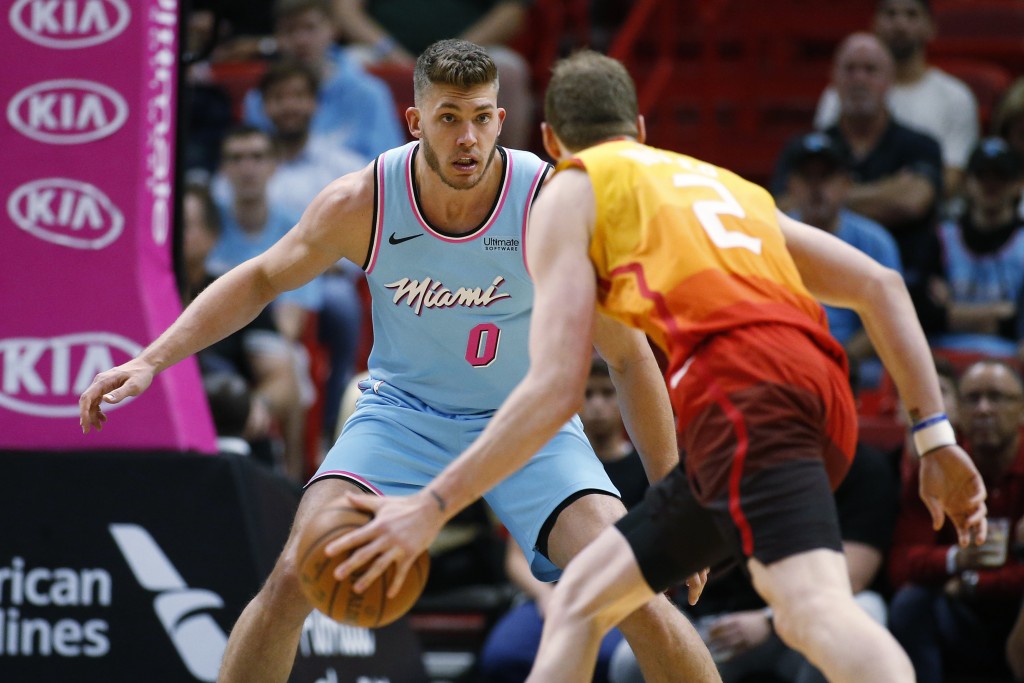 Tyler Herro scored nine of his 17 in the fourth for Miami. Goran Dragic scored 15 for Miami, which got 11 from Meyers Leonard and 10 from Kendrick Nunn.

Joe Ingles scored a season-high 27 for Utah, which got within three points with about six seconds left on a putback slam by Rudy Gobert. But Butler hit a pair of free throws for Miami moments later, sealing the outcome.

Bojan Bogdanovic scored 19 for Utah, Gobert finished with 18 points on 9 for 11 shooting, a season-high 20 rebounds and five blocks. Donovan Mitchell scored 13 on 5 for 18 shooting for the Jazz.

Heat fans were standing at the end. They had another highlight worth remembering in the second quarter — when one of the game’s best dunkers took on the two-time defensive player of the year.

Derrick Jones Jr. went into the lane, took off about five feet from the basket and scored over Gobert. It was officially recorded as a dunk. It was more like a throw. Jones went over Gobert, but didn’t make any contact with the rim the way one ordinarily would on a dunk.

Either way, it was a highlight. Jones headed to the other end, hands on either side of his head in disbelief of what he had done. Twitter lit up with the consensus being that Gobert had been posterized.

Gobert got a bit of revenge later, dunking on Meyers Leonard in the third quarter.

Utah led 81-74 late in the third, before Dragic connected on a sharp-angled jumper to close the quarter. Miami might have gotten a boost there — the Heat opened the fourth quarter on a 19-4 run, with no shortage of big plays.

Adebayo swatting at a loose ball for a tip-in and then dove on the floor at the other end to end the ensuing Utah possession — getting the ball to Herro for a pullup 3 and a 90-85 lead. Dragic ran from one side of the court to the other to shake the Utah defense for another 3, and Jones got a steal and layup with 6:28 left to push the lead to 95-85.

That was the first double-digit lead for either team.

Shortly before the game, the Jazz agreed to trade little-used reserve guard Dante Exum and a pair of future second-round picks to Cleveland for Jordan Clarkson. Exum averaged 2.2 points in 11 appearances this season; he was on the active roster for the game, but his locker was cleaned out not long afterward.

Jazz: Ingles played in his 334th consecutive game, extending the NBA’s longest active streak. ... Mitchell had seven assists, but the Jazz managed only 17 on 39 field goals.

Heat: Miami announced a sellout for the 433rd consecutive time, including playoffs, which ties for the sixth-longest streak in NBA history. ... Duncan Robinson’s team-record streak of 14 straight games with multiple 3-pointers ended. He had one.

Monday’s game marked the end of Dion Waiters’ latest suspension, his third of the season — of the one-, 10- and now six-game varieties. Waiters has not played this season and it’s unclear when or if the Heat will put him back on the floor. But he will be permitted to attend practices again later this week, and games again starting Friday.

Bogdanovic hadn’t committed more than one first-quarter foul in any game this season — then got whistled for three in a span of six minutes of the opening quarter on Monday. The only other Jazz player with three first-quarter fouls in a game this season was Jeff Green, who did it against Minnesota on Nov. 20. It was Bogdanovic’s first three-foul opening quarter of his career.