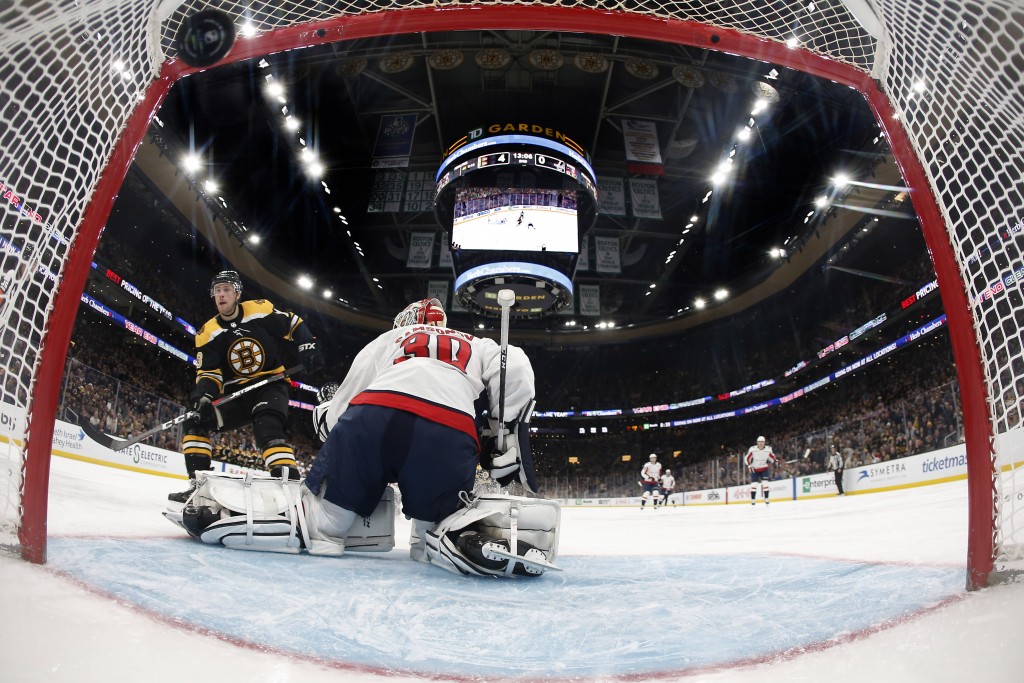 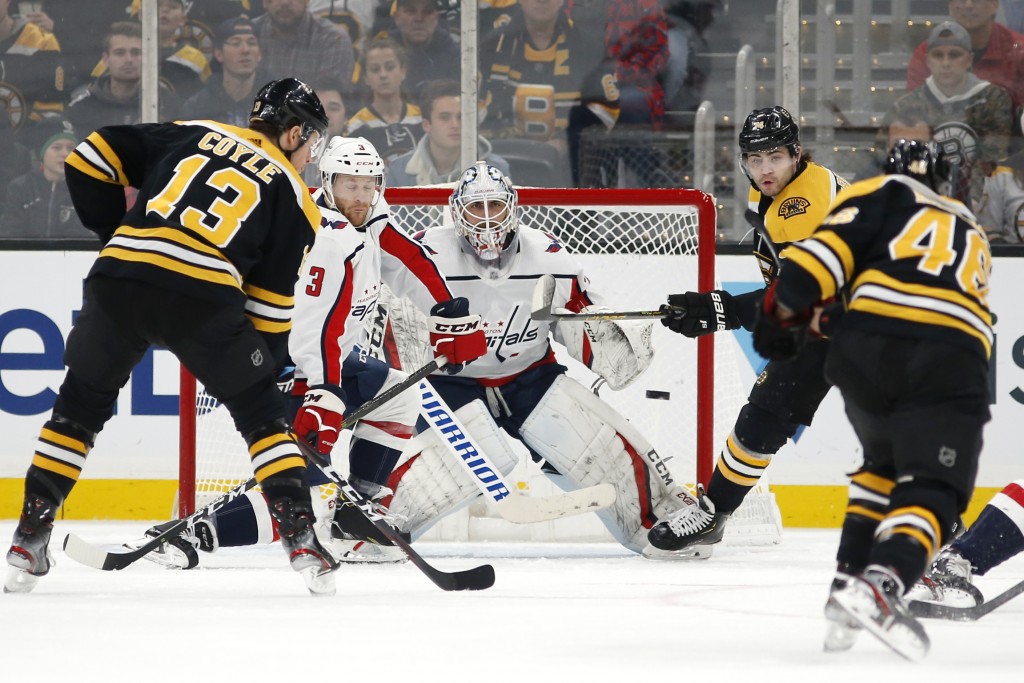 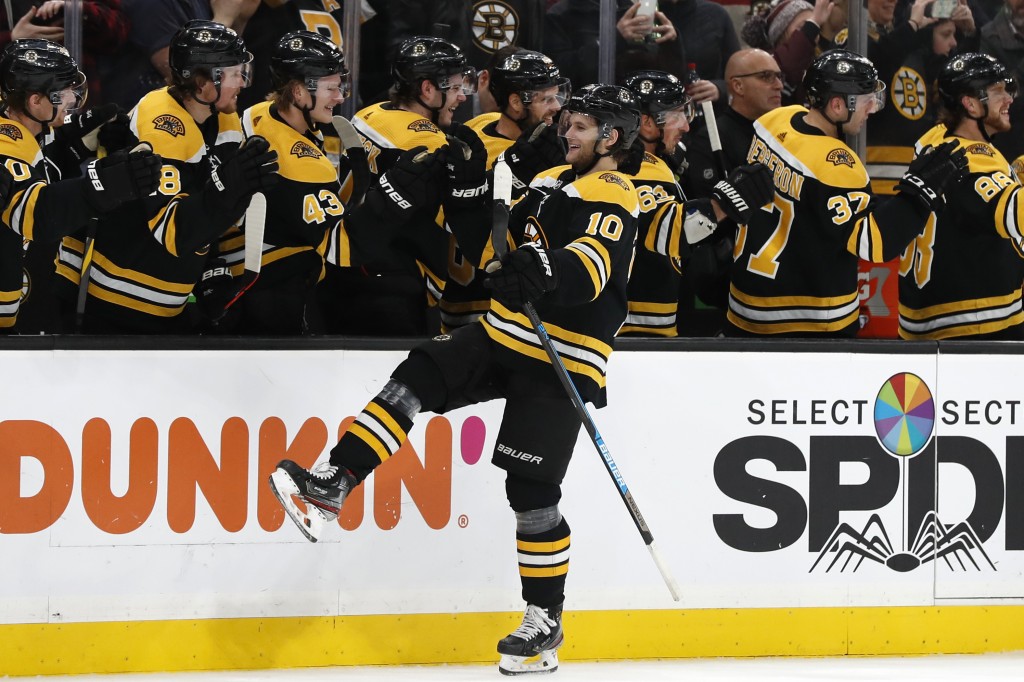 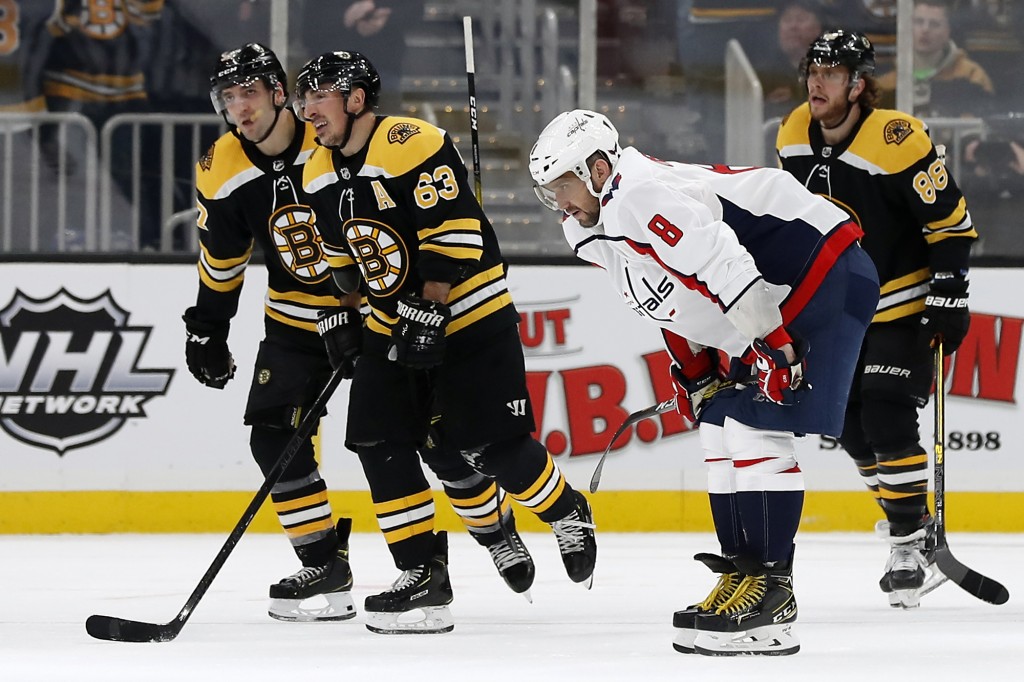 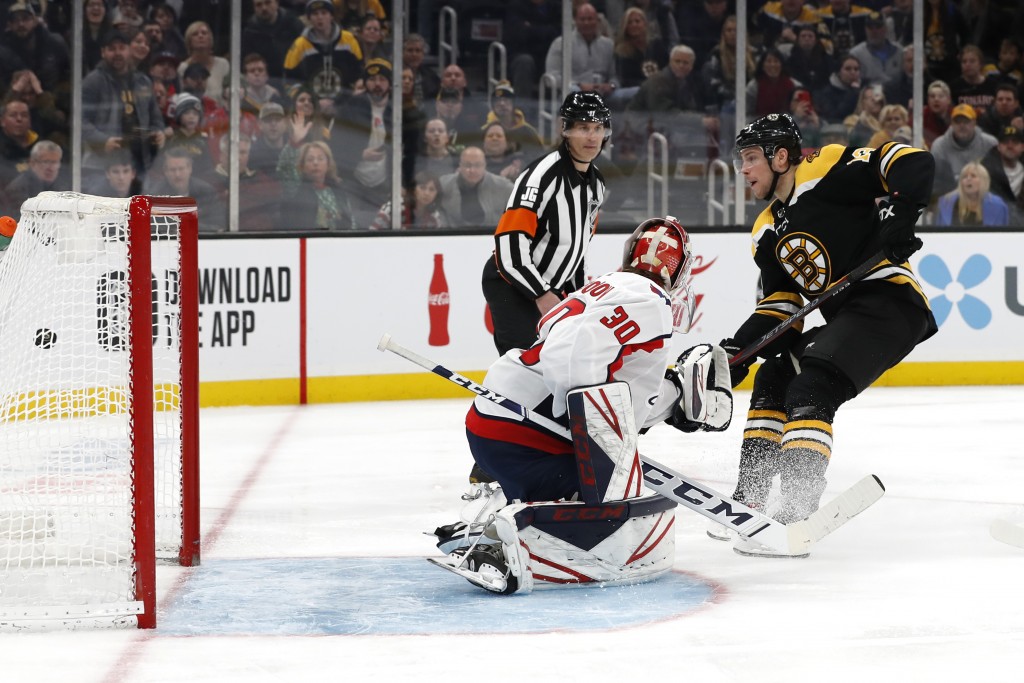 Tuukka Rask made 39 saves to snap his five-game losing streak as the Bruins opened a 5-0 lead and sat on it while the Capitals outshot them 34-6 over the last two periods.

Boston was deprived of another score when Washington knocked the puck into its own net during a delayed penalty, but the officials had inadvertently whistled the play dead.

Patrice Bergeron had two goals, including an empty-netter that made it 7-3, and David Krejci had two assists and an empty-netter. Jake DeBrusk also scored for Boston, which stopped a three-game skid. The Capitals had won eight straight games in Boston and 16 of the previous 17 matchups overall.

Boston led 5-0 when Alex Ovechkin scored with about five minutes gone in the second period, and Lars Eller deflected one past Rask as a power play expired late in the third to make it 5-2. After Krejci's empty netter, Garnet Hathaway took advantage of a Bruins lapse to make it 6-3.

Holtby allowed four goals on 11 shots for Washington, which had won 10 of its previous 12 games. Ilya Samsonov replaced him to start the second period and stopped three of the four shots he faced in almost 38 minutes.

The Metropolitan Division-leading Capitals had won each of the two previous meetings this season, but the Atlantic-leading Bruins owned this one from the start. DeBrusk scored about five minutes in, and then Marchand made it 2-0 at 13:29 on the rebound of Pastrnak's shot.

Before the announcement could be completed, Coyle brought the puck out from behind Holtby and Bjork slapped it in to make it 3-0. Bergeron tipped in a shot from Pastrnak on a 5-on-3 advantage with a minute left in the period to give Boston a 4-0 lead.

The Bruins almost had another goal on one of the odder plays of the season.

Krejci was called for tripping Ovechkin behind the Washington net, but before Boston could gain possession the Capitals knocked the puck into their own goal. A replay confirmed an inadvertent whistle blew the play dead before the puck went in.

No matter. Coyle scored a short-handed goal on the ensuing power play to make it 5-0. It was the 100th goal of his career.

NOTES: Bruins D Zdeno Chara missed his first game of the season to have surgery on the jaw he injured during the Stanley Cup Final. According to the Bruins, the metal plate and screws doctors had inserted have become infected, so they will be removed. Chara hoped to be back for Friday's game against Buffalo. ... Holtby was pulled for the second time this season. ... Boston D Torey Krug left after a hit by Tom Wilson and did not return. Wilson received a 10-minute misconduct penalty for fighting with 6:34 left in the game.