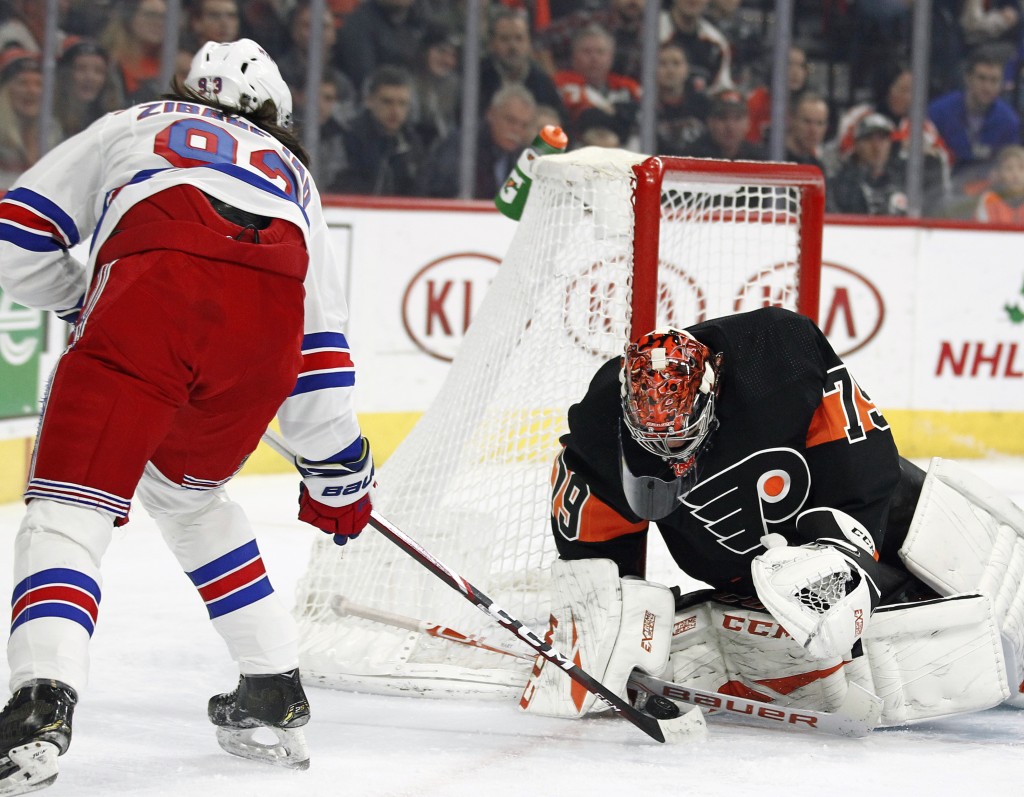 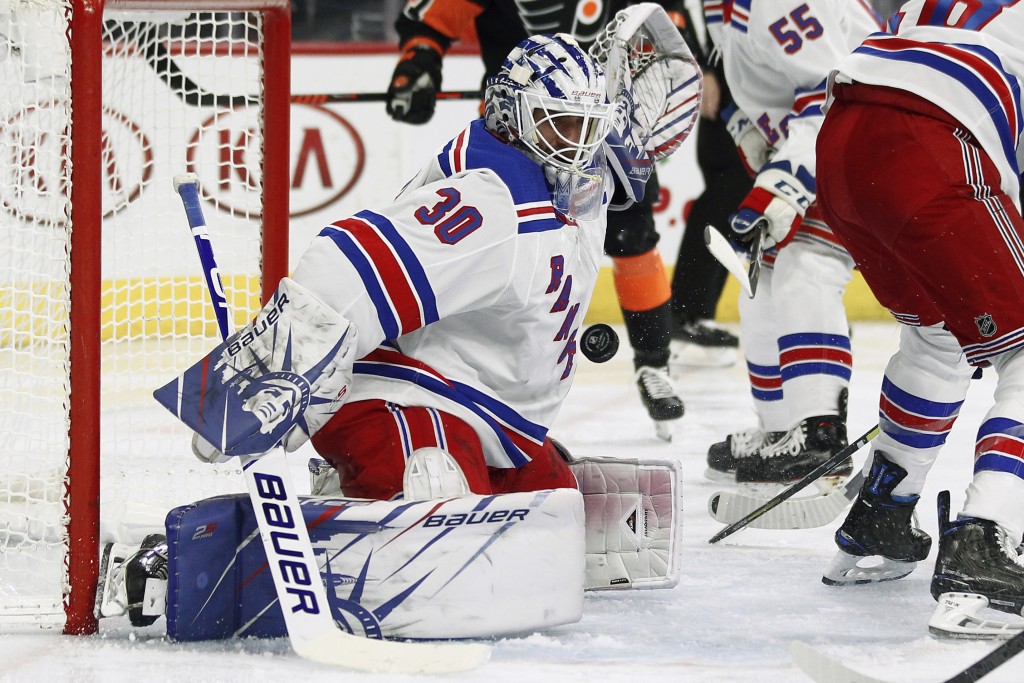 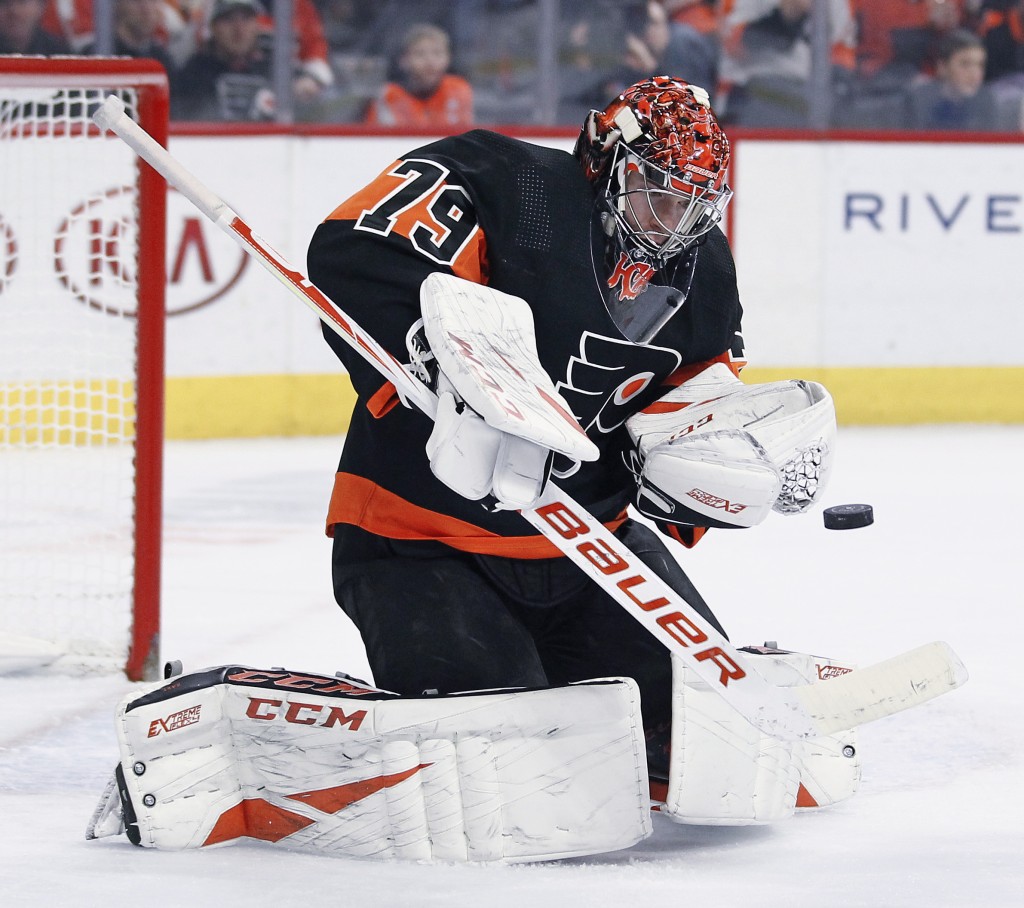 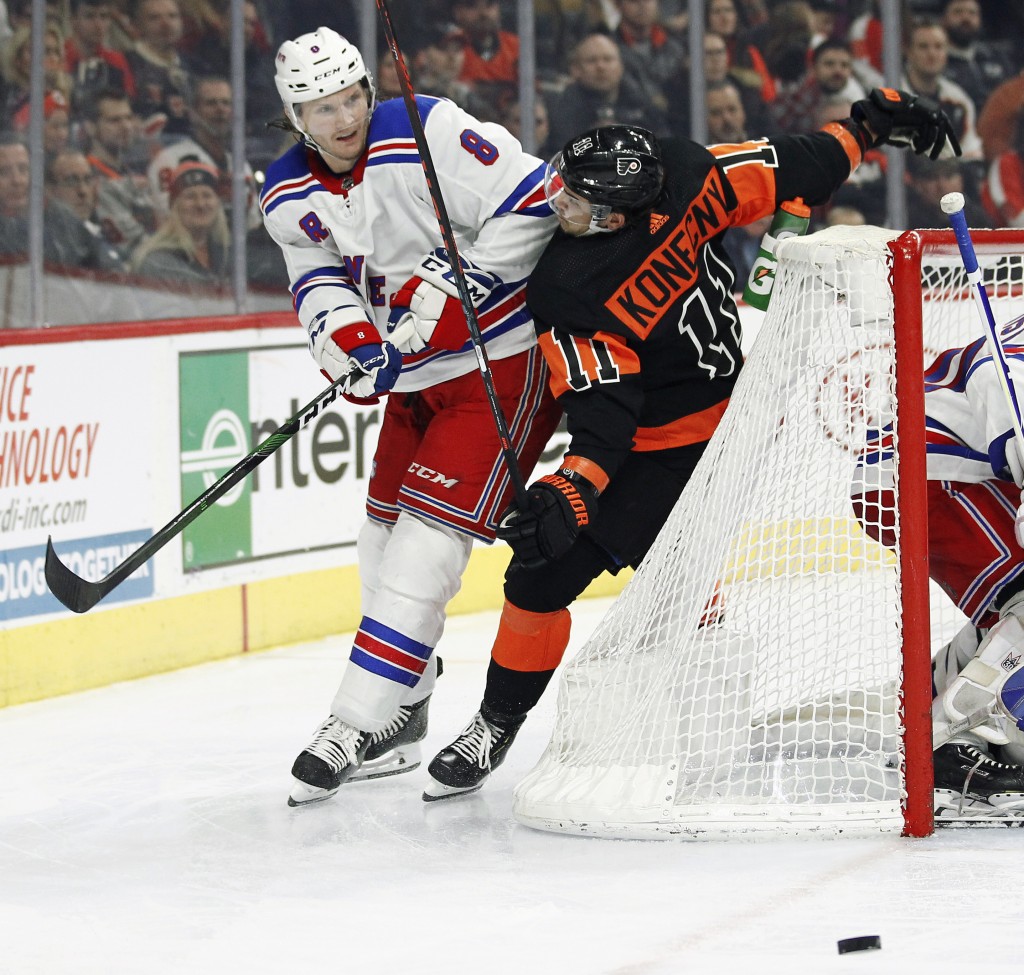 PHILADELPHIA (AP) — Kevin Hayes and Travis Sanheim each scored a pair of goals to lead the Philadelphia Flyers to their fourth straight victory, 5-1 over the New York Rangers on Monday night.

Nicolas Aube-Kubel added his first career goal for Philadelphia, which improved to 13-2-4 at home. The Flyers entered tied with the Islanders for best home winning percentage.

Jesper Fast scored for New York, which has dropped four of five.

Hayes, playing against his former team, put the Flyers ahead 2-1 with 12:29 left when he snapped a wrist shot past Henrik Lundqvist’s glove side. His second of the night came with 2:45 left when he deked from his backhand to his forehand from close range to beat Lundqvist.

Hayes played 361 games over five seasons for the Rangers before being dealt to Winnipeg at the trade deadline last season. The Flyers acquired Hayes in June for a fifth-round pick and then signed the center to a seven-year, $50 million deal.

Sanheim notched his second to make it a two-goal contest with just over four minutes remaining. Travis Konecny fanned on Sean Couturier’s pass and the puck found its way to a wide-open Sanheim, who shot into the vacated net. Sanheim also had an assist.

The Rangers were playing the second game of a back-to-back after beating Anaheim 5-1 on Sunday in New York. Lundqvist stopped 19 of 20 shots against the Ducks and made 25 saves against the Flyers but gave up four goals in the final 12:29. The veteran made several excellent saves in the first two periods and a ten-bell stop with his left pad and glove on Morgan Frost’s one-timer with 10:36 left in the second.

The Flyers finally beat Lundqvist with 1.7 seconds left in the second when Sanheim’s wrist shot from the slot went off Lundqvist’s stick and through his legs.

Fast got the Rangers on the board first with a short-handed tally, his sixth of the season, 6:44 into the second. Flyers defenseman Ivan Provorov, who was questionable to play because of sickness, turned the puck over at the Philadelphia blue line to create a chance for New York. Brady Skjei nearly scored, but his chance hit the post. Skjei stayed with the puck and passed in front to a wide-open Fast, who fired past goalie Carter Hart’s glove side.

Philadelphia coach Alain Vigneault coached against his former team for the first time. Vigneault led the Rangers to a 226-147-37 mark, four postseason appearances and the 2014 Stanley Cup Final in five seasons at the helm in New York before being fired on April 7, 2018.

Vigneault was replaced on the bench by current Rangers coach David Quinn.

Notes: Philadelphia’s Michael Raffl (finger) missed his seventh straight contest and Scott Laughton (groin) sat for the fourth consecutive game. … This was the first of four meetings between the teams. They next will play a home-and-home, Feb. 28 in Philadelphia and March 1 in New York, before finishing up April 1 at New York. … Rangers RW Kaapo Kakko (lower body) missed his second straight game. … James van Riemsdyk and Justin Braun each had a pair of assists.

Flyers: Begin a six-game trip on Friday at San Jose.