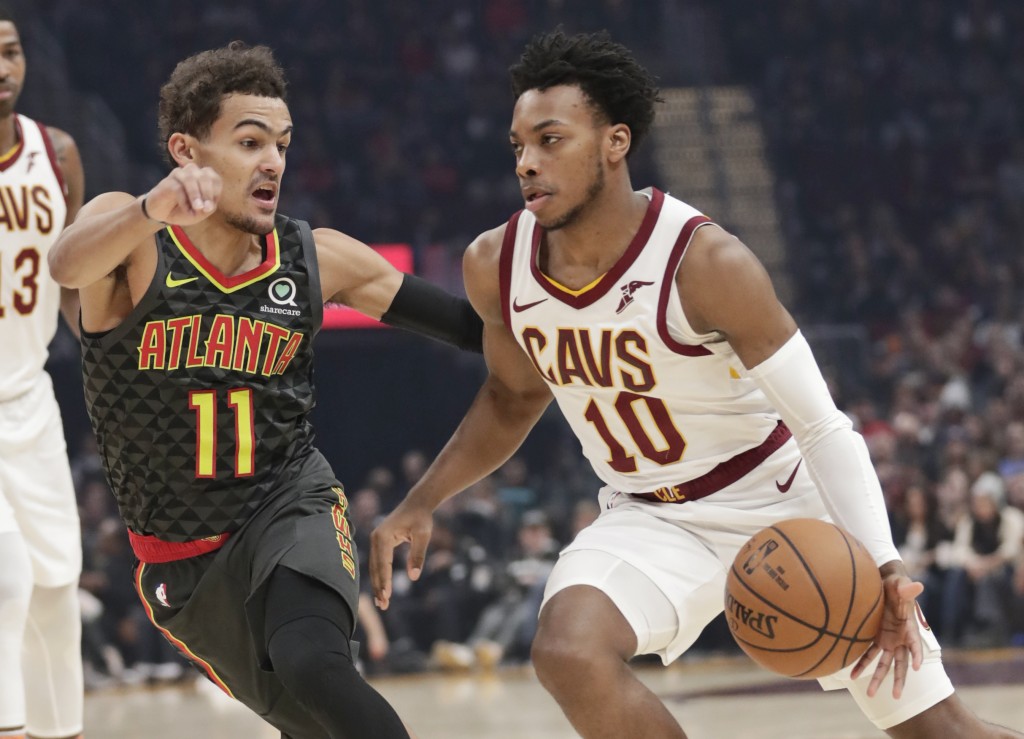 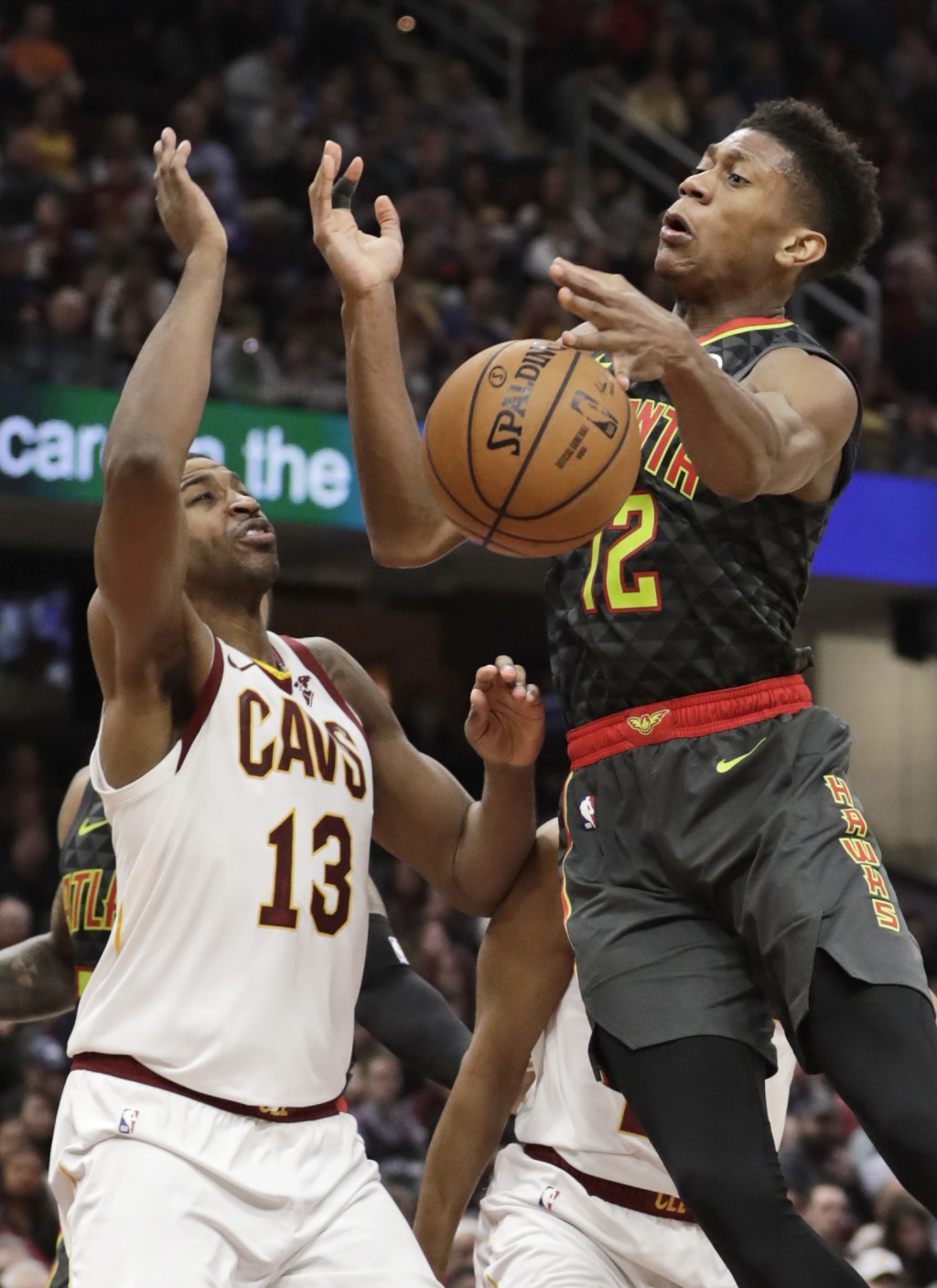 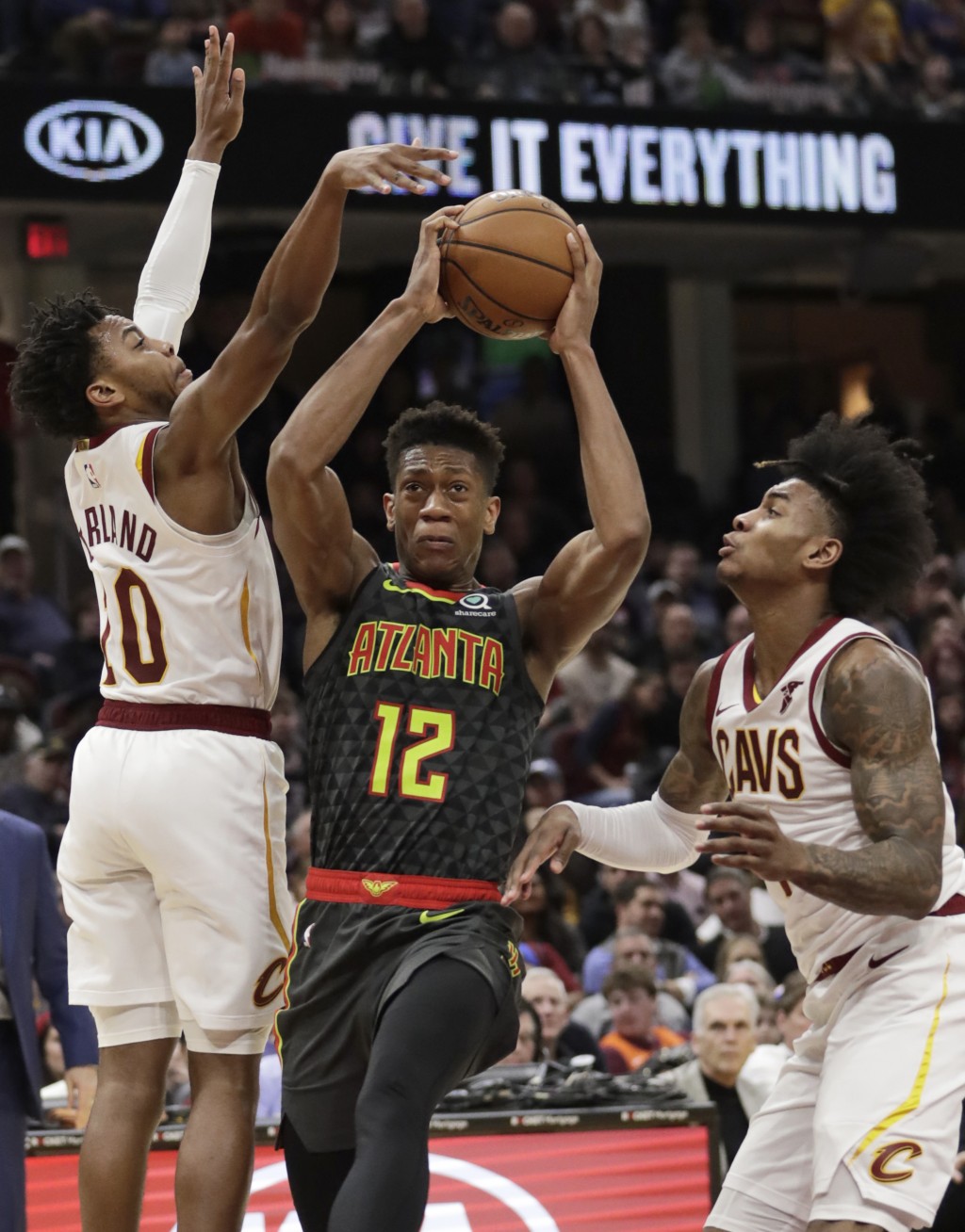 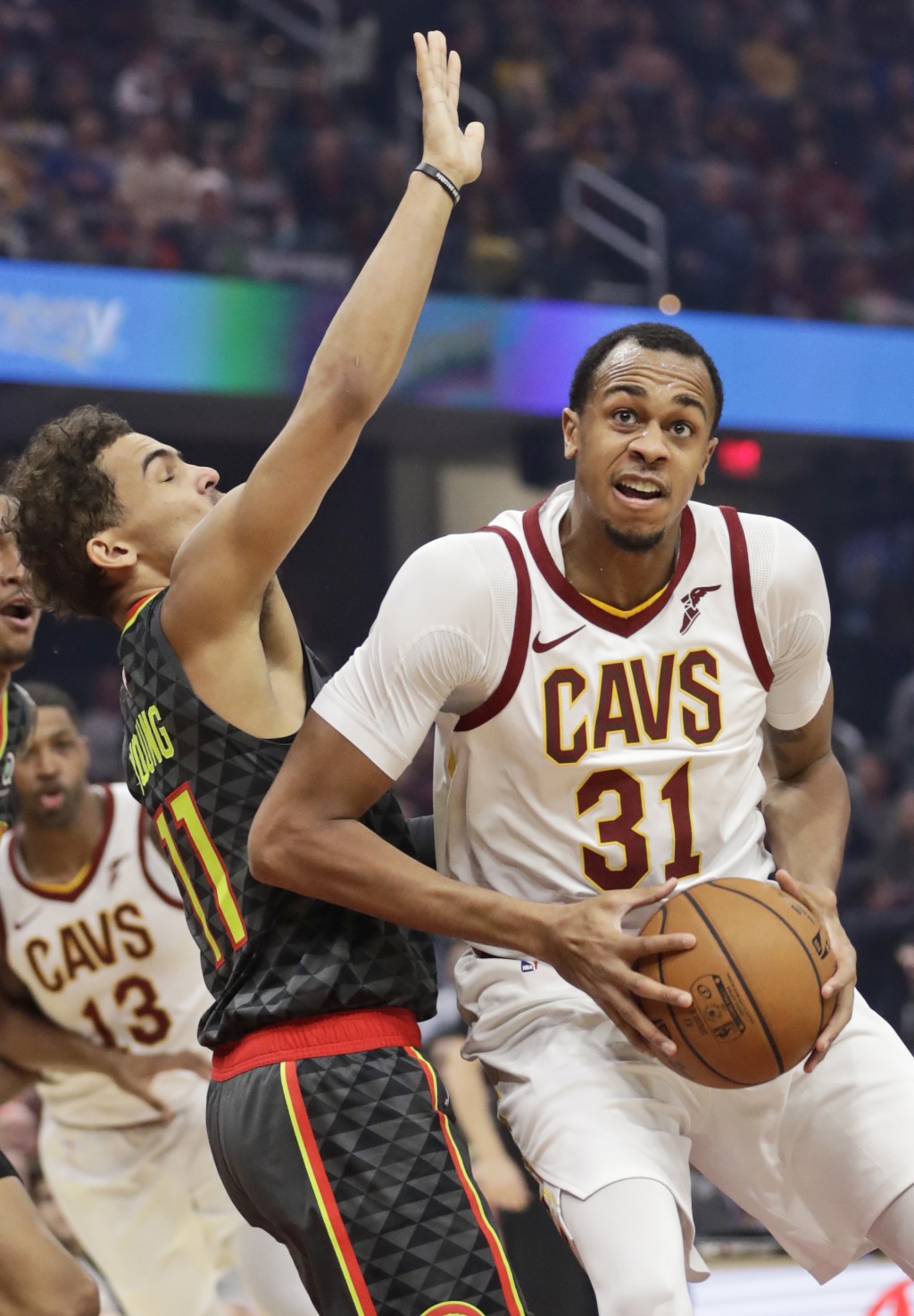 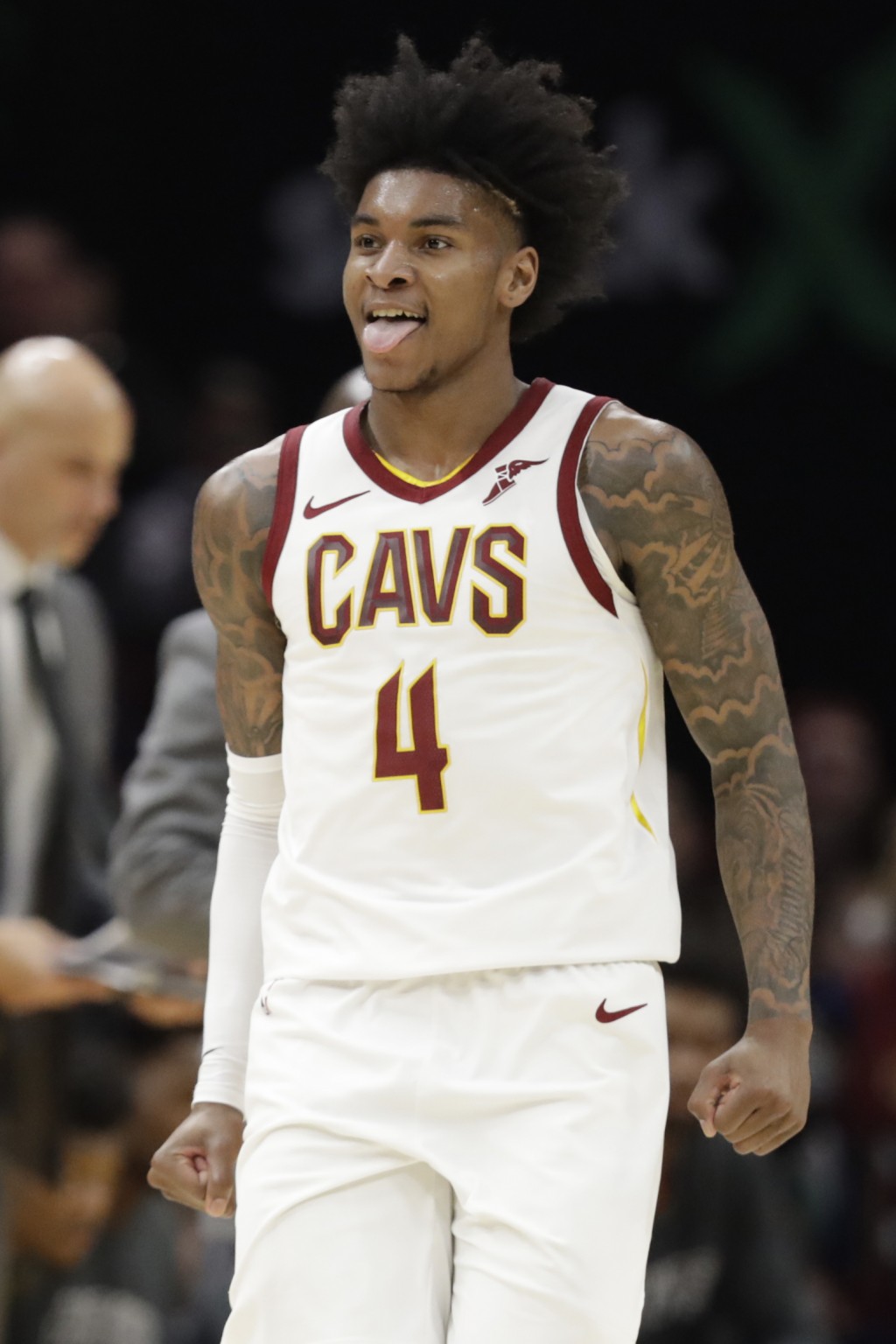 CLEVELAND (AP) — Collin Sexton scored 25 points, rookie Darius Garland had 21 and the Cleveland Cavaliers held off a late Atlanta comeback for a 121-118 victory on Monday night.

Trae Young scored 30 points, but his 3-pointer that would have tied the game in the closing seconds hit off the front of the rim and sent Atlanta to its eighth straight defeat.

Kevin Love had 20 points for Cleveland, which has won three straight for the first time since taking five in a row from March 28 to April 5, 2018.

Garland and Kevin Porter Jr., another rookie, helped Cleveland build a 14-point lead in the fourth quarter. Garland had 10 points in the period while Porter had nine.

Cleveland used a 16-1 run to widen a 97-96 lead before the Hawks rallied. Young scored eight points in the quarter and Atlanta had a chance to tie with 5.1 seconds to go after a Cavaliers' miss.

The Hawks set up for a final shot, but Young's attempt from about 30 feet fell short.

Atlanta forward John Collins returned from a 25-game suspension for violating of the NBA's drug policy. He was in the starting lineup and scored 27 points with 10 rebounds.

Cleveland led 71-64 at halftime, scoring a season high in points for a half.

The Cavaliers agreed Monday night to trade Clarkson to the Utah Jazz for guard Dante Exum and two future second-round draft picks, a person familiar with the deal told The Associated Press.

Cleveland will get a pick in 2022 and one in 2023, said the person, who spoke on condition of anonymity because the teams have not yet had the required conference call with the NBA to approve the swap.

The deal came together shortly before the Jazz played in Miami and the Cavs hosted Atlanta. Clarkson warmed up on the floor at Rocket Mortgage FieldHouse before he was informed of the trade.

Hawks: C Bruno Fernando took Love's elbow in the mouth in the third quarter and went to the locker room with a towel to his face. He did not return. ... Backup Alex Len sprained his left ankle in the second quarter and didn't return.

Cavaliers: Coach John Beilein hopes rookie guard Dylan Windler, who has been out all season with a stress reaction in his left leg, will play in January. Windler missed training camp with the injury and played for Canton of the G League before being shut down a couple of weeks ago.

Collins was suspended Nov. 5. He averaged 17 points and 8.8 rebounds in the first five games of the season. Atlanta went 4-21 without Collins, who is in his third season.

In addition to Clarkson's departure, Larry Nance Jr. missed the game for Cleveland because of a sore left knee. The 6-foot-7 forward averages 8.6 points and 7.2 rebounds.

"He's sort of a Swiss Army knife out there," Beilein said of Nance's versatility. "He does a lot of things."