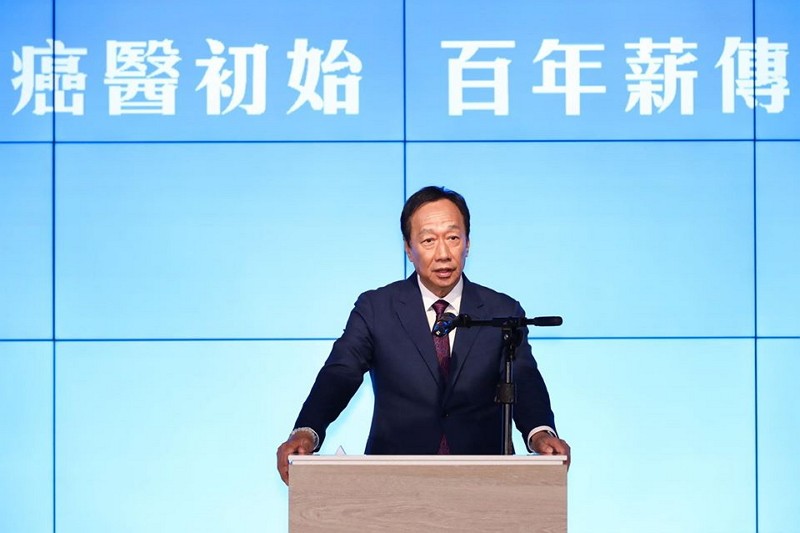 TAIPEI (Taiwan News) — Foxconn founder Terry Gou (郭台銘) expressed regret over his decision to drop out of the presidential race in a televised interview aired on Monday (Dec. 23).

Gou, who quit the opposition Kuomintang (KMT) party and threw his hat into the ring earlier this year, announced he would not take part in the 2020 presidential election in a surprise move on Sept. 16. The reasons he cited included his acknowledgment that he could never heal the divisions and hatred in the country by running for president.

On an episode of Facenews, Gou told the host, lawyer Arthur Hsieh (謝震武), that if KMT presidential candidate Han Kuo-yu (韓國瑜) had stepped aside and let him run instead, it would have created a "triple win," wrote CNA. With the elections less than three weeks away, he implied he would throw his weight behind People First Party (PFP) nominee James Soong (宋楚瑜), who favors a more conciliatory approach to cross-strait affairs.

Pressed by the host about his intentions to launch another presidential bid in 2024, Gou said non-committedly that he would "always be there if the people of Taiwan need me.” His current focus is to establish an academic institution dedicated to cultivating political and economic talent in the island country, he added.

While the business tycoon has retreated to the sidelines of the presidential battlefield, he has set his eyes on the Legislative Yuan, sending legislative candidates in his camp to represent the newly formed Taiwan People’s Party (TPP) led by Taipei Mayor Ko Wen-je (柯文哲) and the PFP, reported ETToday.

A legislature comprised of two major parties (the KMT and Democratic Progressive Party) and two minor parties (the TPP and PFP) would be a preferred scenario than one dominated by a single party, according to Gou.