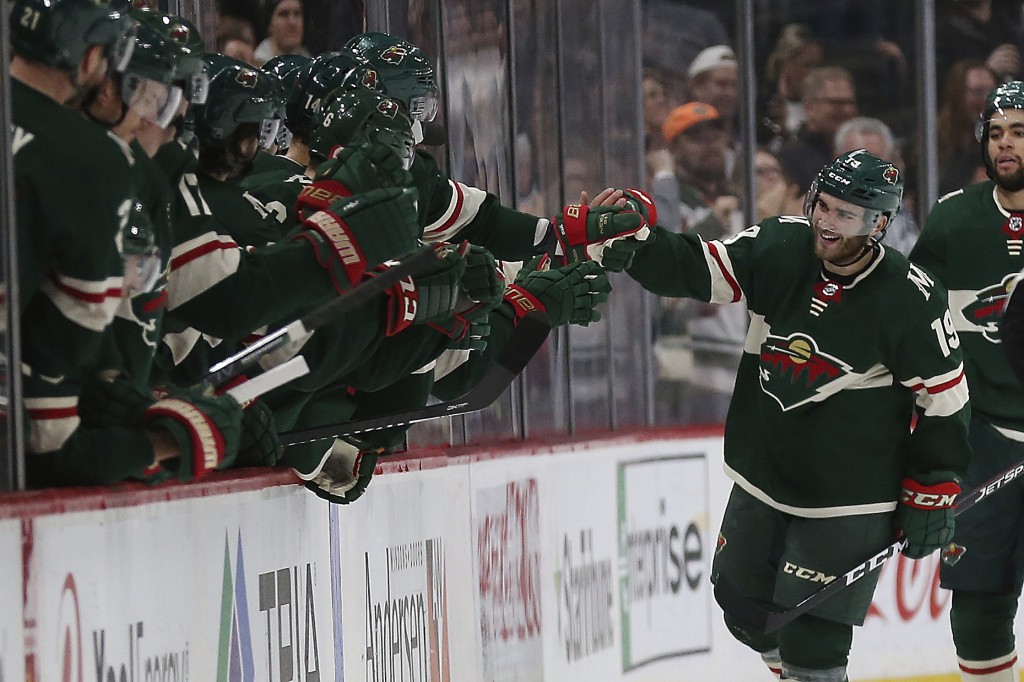 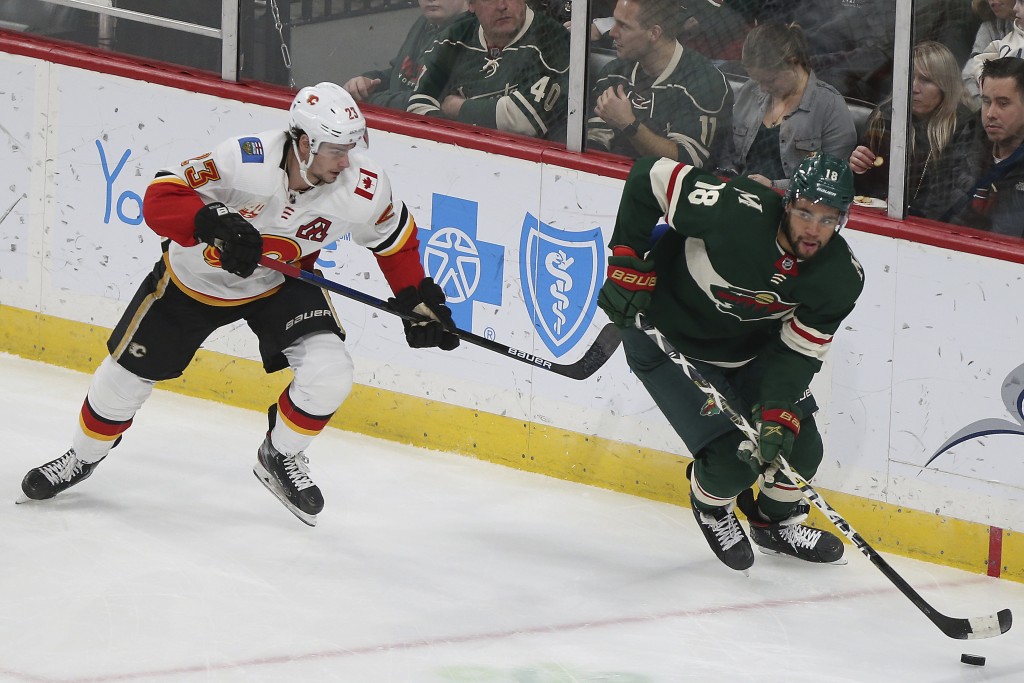 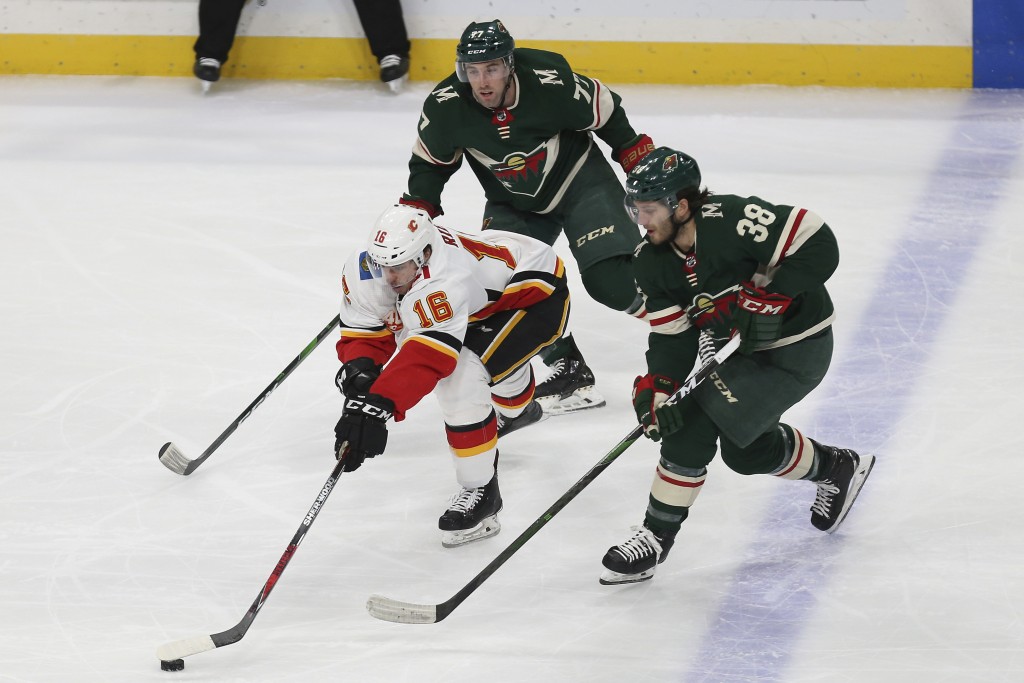 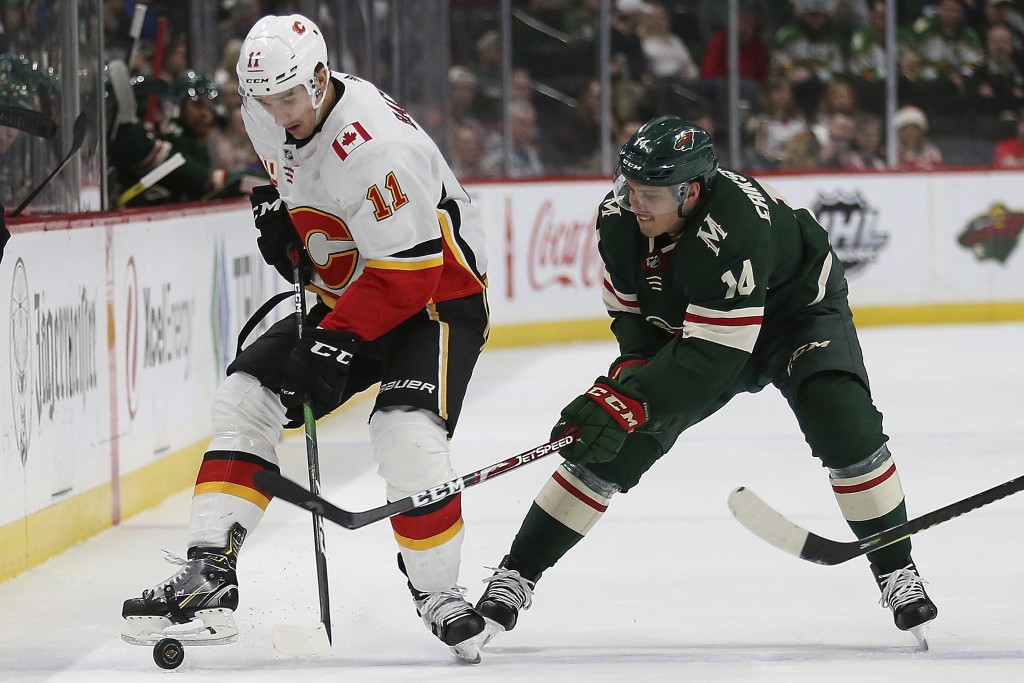 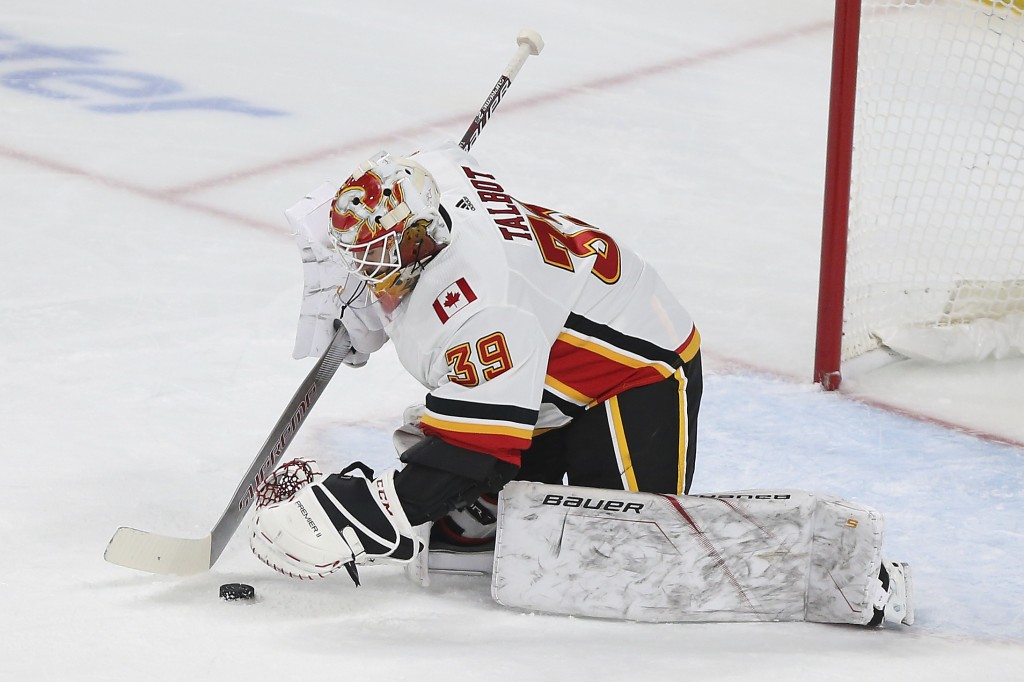 ST. PAUL, Minn. (AP) — Devan Dubnyk recorded his first shutout of the season and Joel Eriksson Ek and Luke Kunin each scored for Minnesota in the Wild’s 3-0 win over the Calgary Flames on Monday.

Dubnyk made 22 saves in his third game, and second, start since missing extended time for a family issue. He earned wins in both of his starts since his return.

Eriksson Ek returned to action after missing four games with an injury and put Minnesota on the board early in the second period. Eriksson Ek took a centering pass from linemate Kevin Fiala and scored past Flames goalie Cam Talbot at 15:09 of the second.

Eriksson Ek last played on Dec. 14 against Philadelphia when he suffered an upper body injury. He was activated from the injured reserve on Sunday. Monday’s goal was his first since Dec. 5.

Kunin made it 2-0 just over five minutes after Eriksson Ek’s goal. Jordan Greenway fed the puck from behind the net to Kunin, who beat Talbot to his right.

Calgary had a goal waved off with 6:01 to play in the third period. Derek Ryan appeared to cut Minnesota’s lead to 2-1, but the goal was reviewed and officials ruled that Ryan kicked the loose puck into the net after Dubnyk made the initial save.

Dubnyk thwarted one of the few good scoring chances Calgary had in the first two periods when he made a pad save on a shot by Matthew Tkachuk midway through the second.

Monday’s win helped the Wild bounce back from a lopsided 6-0 loss to Winnipeg on Saturday. That was Minnesota's worst defeat of the season.

Minnesota hasn’t played at home much so far this season. The Wild’s 15 games at Xcel Energy Center are the fewest home games of any team in the NHL this season. Minnesota is 10-2-3 at home after Monday’s win. Calgary is 9-10-2 on the road.

Monday marked the second game of a back-to-back for Calgary, which beat the Stars in Dallas by a 5-1 final Sunday.

Flames: At Edmonton on Friday night.

Wild: At Colorado on Friday night.