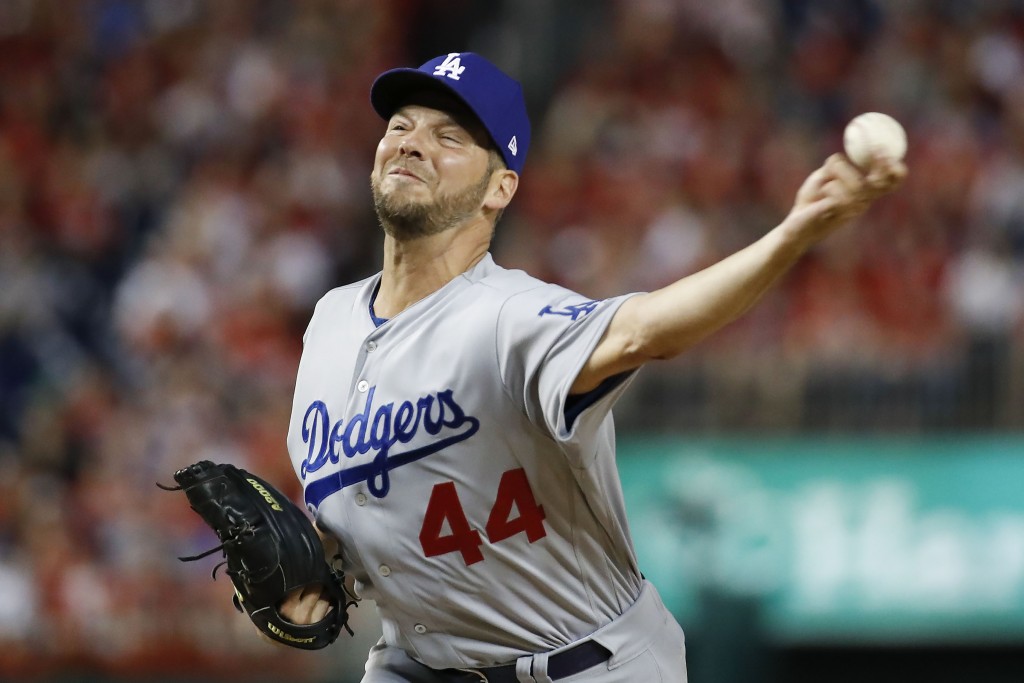 BOSTON (AP) — Free agent pitcher Rich Hill and his wife were arrested outside Saturday's New England Patriots game after police said his wife attempted to enter the stadium with an oversized bag and he argued with officers.

Hill said in a statement that the incident was “overblown” and that his wife was carrying a “fanny pack.” The charges against the Hills were reduced to civil infractions after a court appearance on Monday.

Foxborough Police said Monday that Caitlin Hill had been asked to leave Gillette Stadium after attempting to get into the game several times with the bag, but that she refused to leave.

Police said Rich Hill then argued with officers and refused to back away as his wife was placed under arrest and into a police vehicle.

The charges were ultimately reduced to civil, non-criminal infractions, and the couple was fined a total of $1,000 during an appearance Monday in Wrentham District Court, according to Norfolk District Attorney Michael Morrissey’s office.

The resisting arrest charge against Rich Hill was also dropped prior to their court appearance, Morrissey’s office said.

“This was a terribly unfortunate event that should never have escalated beyond a routine encounter with stadium security,” he said in an emailed statement. "Commendably, the Norfolk County District Attorney’s Office recognized this.”

Rich Hill said in a statement that the incident was “overblown” and said he's glad it's been resolved.

“Despite Saturday’s events, my great respect for law enforcement remains unchanged,” he said. “However, seeing my wife handcuffed for a problem that started because of her fanny pack was extremely difficult for me to witness.”

He has a history of serious injuries and on Friday he was honored in Boston with the Tony Conigliaro Award, which goes to a major leaguer “who has overcome adversity through the attributes of spirit, determination and courage that were the trademarks of Tony C.”