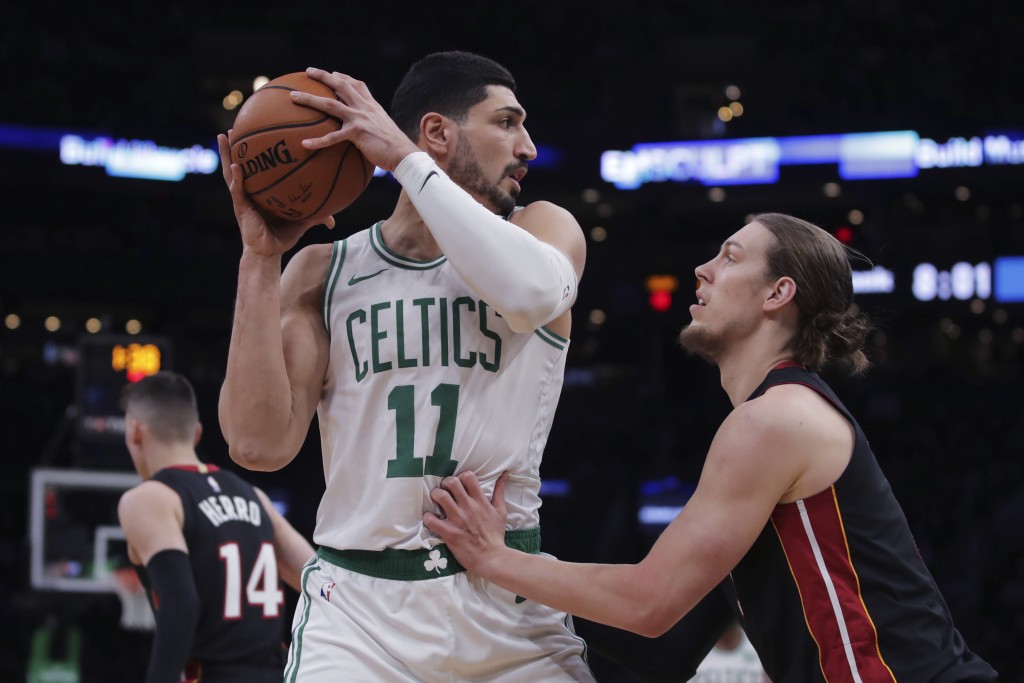 Boston Celtics center Enes Kanter says he will be able to play in his team's Christmas Day game in Toronto against the Raptors after discussions with the Canadian government.

In a column published Monday by The Globe and Mail, the native of Turkey thanked Prime Minister Justin Trudeau's government as well as other officials from Canada and the U.S. for getting him the green light to cross the border to play in the NBA's first Christmas game in Toronto.

Kanter, an outspoken critic of Turkish President Recep Tayyip Erdoğan's government for its treatment of residents, has not traveled outside the United States for years. Kanter has said his passport was revoked by the Turkish government in 2017.

The Globe's headline reads, "Thank you, Canada, for letting me play basketball — despite Turkey’s threats against me."

The Celtics already were short-handed at center with Vincent Poirier and Robert Williams nursing injuries.

Kanter, 27, is averaging 7.8 points and 7.3 rebounds for the Celtics this season.

"I want to thank Prime Minister Justin Trudeau's government, U.S. and Canadian law enforcement, U.S. Senator Ed Markey, the Celtics, the NBA and my managers for working diligently to make my Christmas game against the Raptors possible and ensuring my safety there," Kanter writes in the Globe. “And, on Christmas night, I will play in my first game as a Celtic outside the U.S. when I take the court against the Raptors.”