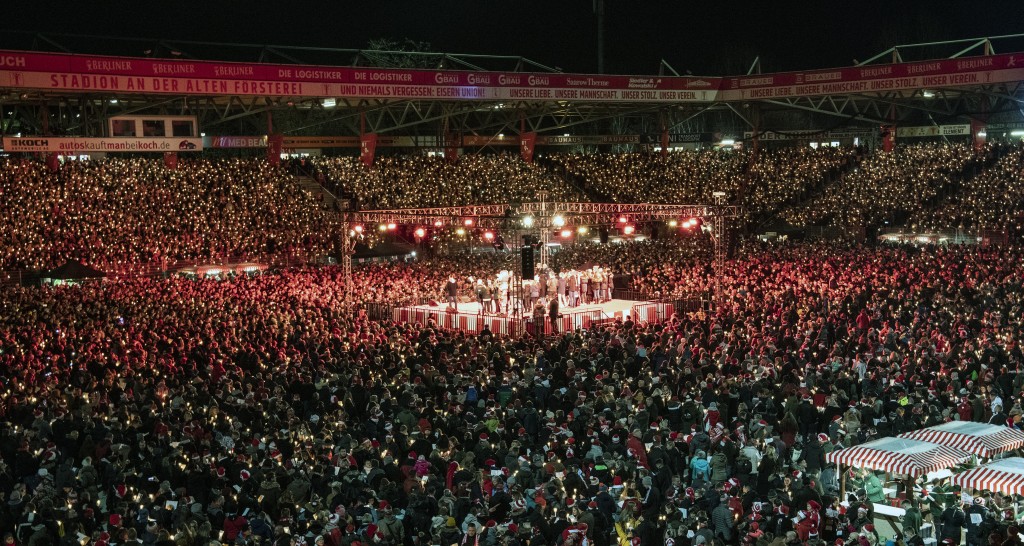 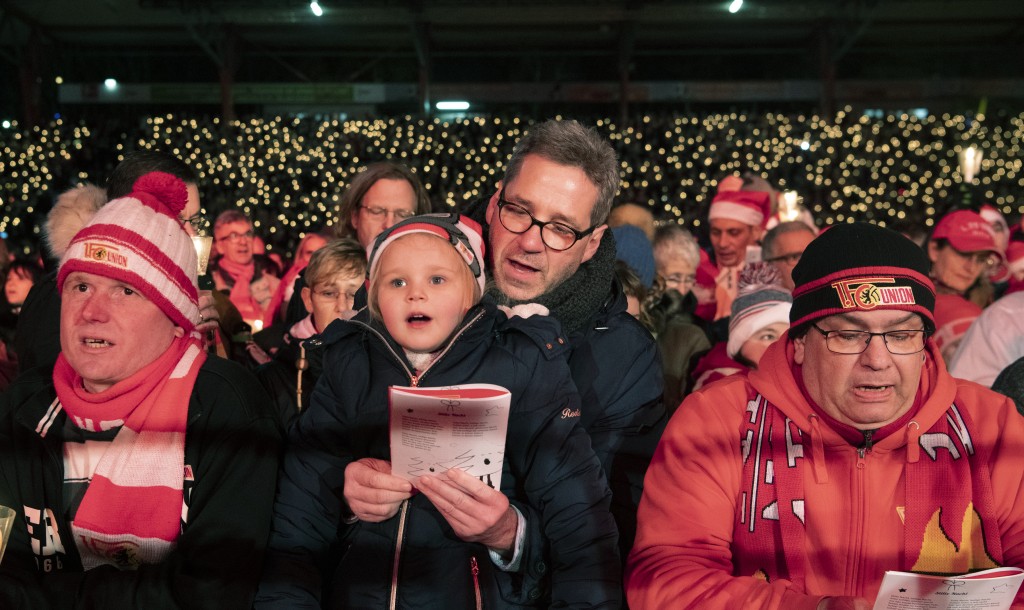 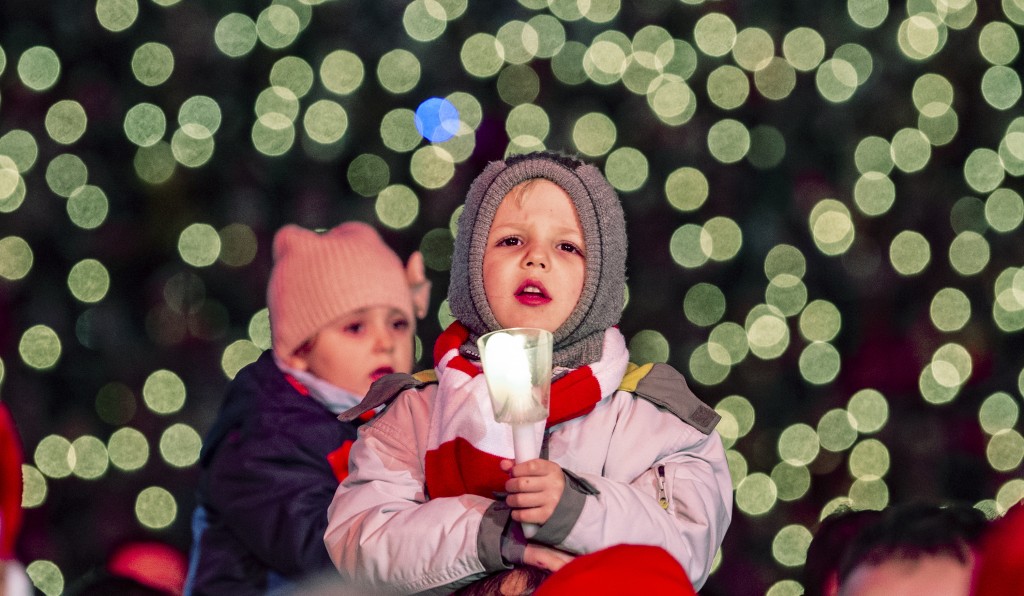 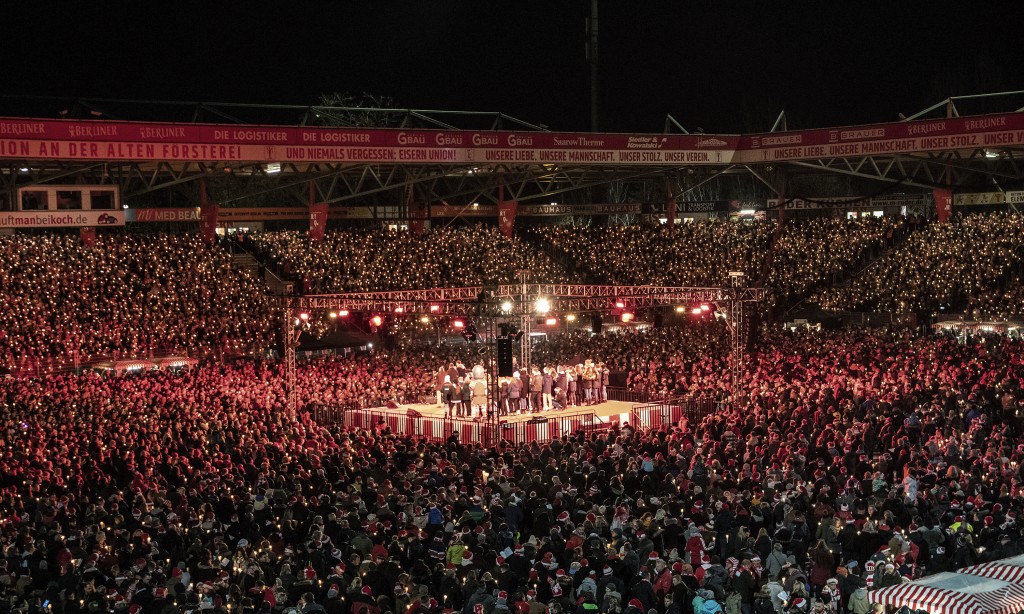 BERLIN (AP) — Thousands of Union Berlin fans gathered together on Monday to sing Christmas carols and celebrate a Bundesliga debut that has been exceeding expectations.

Many wore Santa hats – which conveniently share the club’s colors – or reindeer antlers, and fueled their singing voices with mulled wine or beer. The smell of grilled bratwurst sausages filled the festive air as the fans gathered for what has become an annual celebration in the eastern borough of Köpenick.

It was the 17th Christmas carol singing, a tradition that began when 89 Union fans broke into the stadium on Dec. 23, 2003, to sing on the terraces for the first time. The club agreed it was a good idea and the event has grown in the intervening years. Tickets are now sold out within hours.

Fans’ enthusiasm was not dimmed by two defeats in a row for Urs Fischer’s team. They focused on a season that has provided many highlights so far, including wins over Borussia Dortmund – the club’s first Bundesliga victory – and Borussia Mönchengladbach, and especially city rival Hertha Berlin in the initial top-flight derby between the sides.

Union fans have been singing of being “Stadtmeister” (city champions) at subsequent games.

Despite three games without a win, Union finished the first half of the season in 11th place, one point above Hertha, and five points ahead of Fortuna Düsseldorf in the relegation zone. Bundesliga survival is no longer a dream, but has become fans’ expectation following the team’s encouraging performances.

Fischer has forged a hard-working unit whose strength lies in a defense marshaled by goalkeeper Rafa Gikiewicz. Gikiewicz further endeared himself to the Union faithful by standing up the club’s own masked supporters when they stormed the pitch to approach Hertha fans after their fiery Berlin derby on Nov. 2.

The fans looked primed for violence, angered that Hertha supporters burned stolen Union jerseys, flags and scarves, while firing fireworks onto the pitch during and after the game. But Gikiewicz, helped by a number of teammates, was credited with averting further trouble after pushing one masked pitch invader away and urging the others to return to their seating block.

“My wife Ania told me at home that I’m an idiot. I could have been injured myself,” Gikiewicz said afterward.

Sebastian Andersson’s eight goals have helped Union at the other end of the pitch, with Marius Bülter and Marcus Ingvartsen each chipping in three.

Union is the first club that played in East Germany’s Oberliga in the Bundesliga since Energie Cottbus was relegated in 2009.

All but one of the club’s nine home games has been sold out. Traveling Hoffenheim supporters were unable to fill the away fans’ block on Dec. 17, a Tuesday.

Union has long had a close relationship with its fans. Supporters came to the financially strapped club’s rescue in 2008 when it needed to modernize its stadium. Around 1,600 volunteers contributed an estimated 90,000 hours’ work to save on construction costs. Four years before, fans gave blood under the slogan “Bleed for Union” to raise almost €1.5 million to help the club escape bankruptcy.

The fans still sing about the club’s hated rival Dynamo Berlin, the favorite of Stasi chief Erich Mielke. Amid allegations of match-fixing and politically influenced favors, Dynamo won 10 successive East German titles between 1979-88. However, reunification wasn’t kind and it now languishes in the fourth division.

Union traces its beginnings back to 1906 as Olympia Oberschöneweide and also had a spell in the fourth tier, but it weathered financial difficulties to become Berlin’s second biggest club after Hertha in the west of the city.

The next derby takes place at Berlin’s Olympiastadion on Mar. 21.