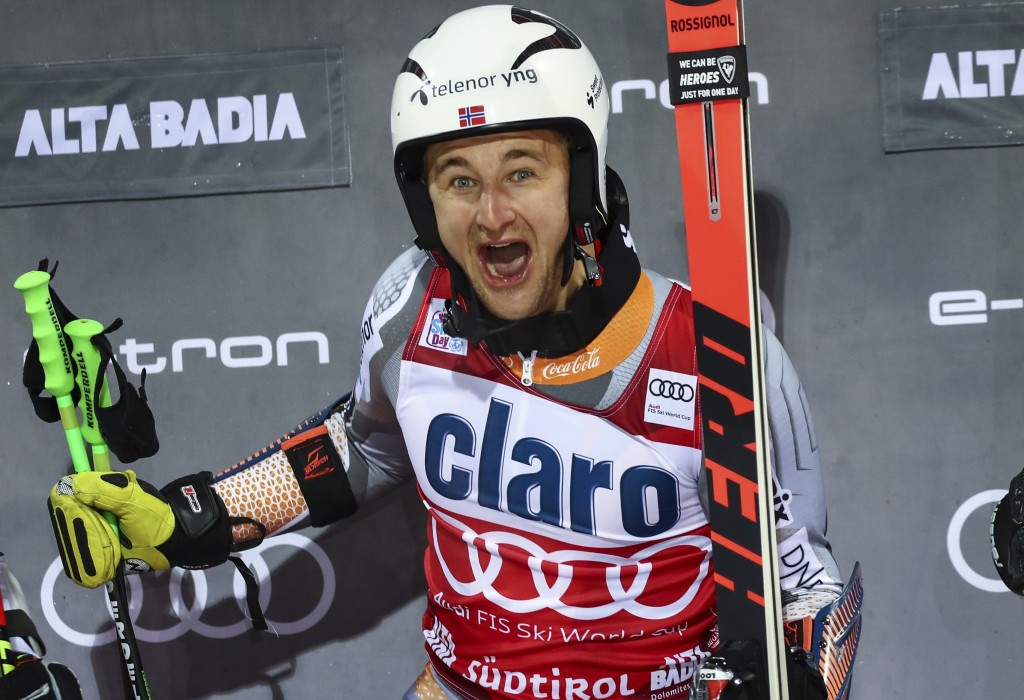 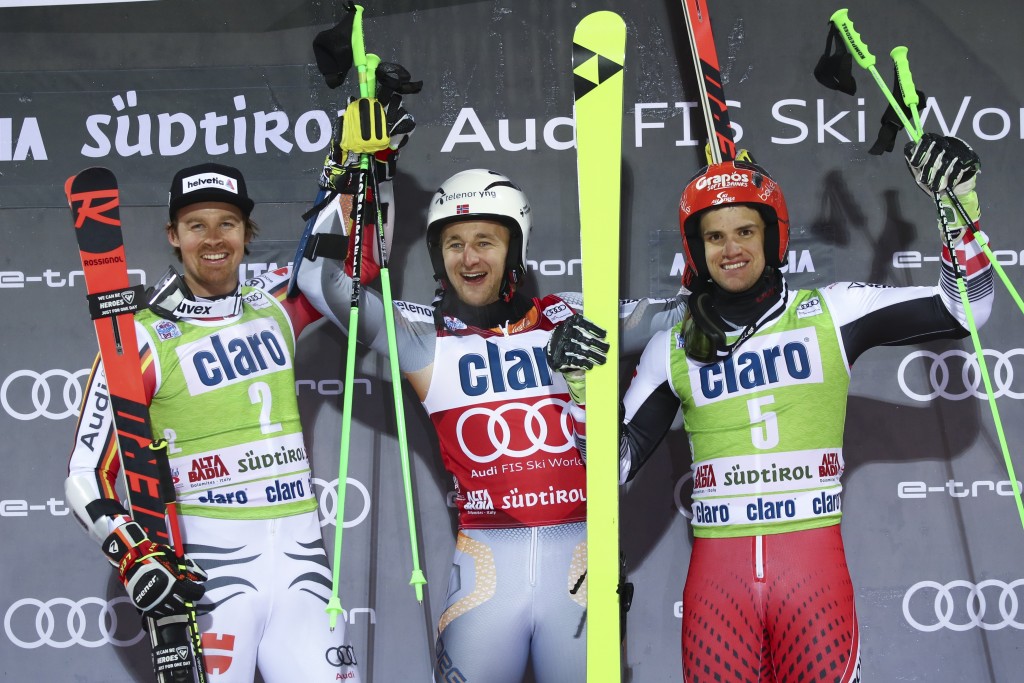 Windingstad defeated Stefan Luitz of Germany by 0.41 seconds in the final of the event, which sees two competitors race side-by-side on identical, shortened giant slalom courses, with run times just over 20 seconds.

It was his sixth top-10 result, and second podium finish, since coming runner-up in a regular giant slalom in Kranjska Gora, Slovenia, last season.

Overall World Cup leader Henrik Kristoffersen of Norway, who won a giant slalom here on Sunday, finished seventh, while France's Alexic Pinturault, his main rival for the overall title, was beaten in the round of 32 by Sweden’s Mattias Roenngren.

Pinturault could have become the first male Alpine skier to win a World Cup race in six of the seven different disciplines.

It was the first of two parallel GS events this season, with the other scheduled for Chamonix, France, in February.

The men’s World Cup will stay in Italy for two downhill races and an Alpine combined event in Bormio from Friday through Sunday. The first downhill replaced the one that was canceled in Val Gardena last Saturday.