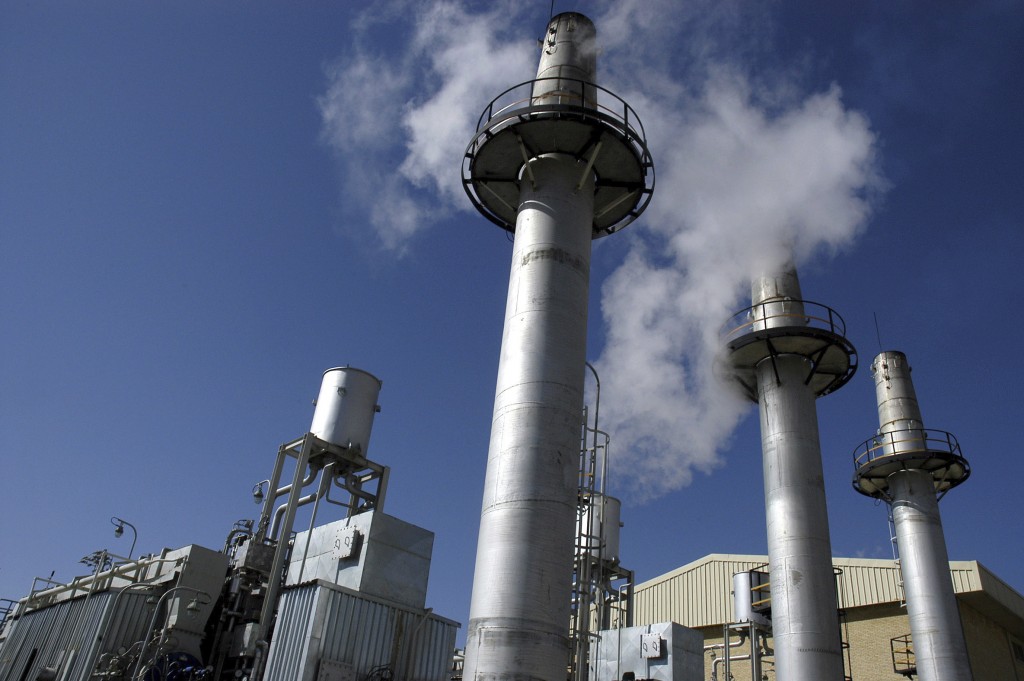 TEHRAN, Iran (AP) — Iran began new operations on Monday at a heavy water nuclear reactor, the head of the country's nuclear agency said. The move was designed to intensify pressure on Europe to find an effective way around U.S. sanctions that block Tehran’s oil sales abroad.

Ali Akbar Salehi explained to state TV that the secondary circuit transfers heat to the reactor's cooling system. He said the entire reactor system will go online in 2021.

Heavy water helps cool reactors, producing plutonium as a byproduct that can potentially be used in nuclear weapons. Iran insists its nuclear program is for peaceful purposes.

Britain is helping Iran redesign the Arak reactor to limit the amount of plutonium it produces. London has filled the role left after the U.S. unilaterally withdrew from the nuclear deal last year.

Tehran has slowly stepped up violations of the nuclear deal to pressure world powers to provide more incentives to make up for the U.S. withdrawal from the deal. American economic sanctions are having a crushing effect on Iran's economy.

On Sunday, Adm. Ali Shamkhani of Iran’s Supreme National Security Council warned that his country will take another step in “lowering its commitment to the deal, if Europe does not implement its commitments.”

The International Atomic Energy Agency, the U.N.’s nuclear watchdog, said last month that Iran breached another limit of the nuclear deal by stockpiling more heavy water than the accord allowed.

Also in November, Washington renewed sanctions waivers that allow Russia and other European nations to conduct civilian nuclear cooperation with Iran, specifically the redesign work to continue at the Arak reactor and at the Fordo uranium enrichment facility. Both sites are monitored by the IAEA.