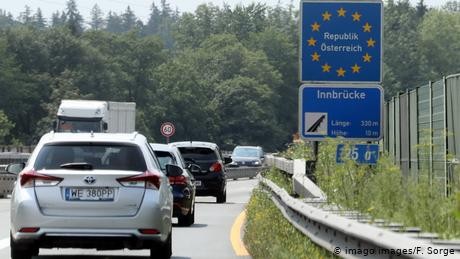 Holidaymaking motorists in Tyrol province in Austria are being required to stay on motorways during the day on weekends under temporary driving bans introduced for the skiing season.

The rules, which apply to all motorists except those exiting motorways to reach their homes, hotels or places of work, are to remain in force until April. Those who are found offending against the bans have to pay up to €60 ($66.50) in fines, with police checking traffic from several stationary checkpoints as well as patrol cars.

The bans were first imposed during the hiking season between June and September, with thousands of cars that were trying to avoid congestion by taking secondary roads being sent back to the motorways. This time round, far fewer offending motorists have been found, police said.

"In summer, a lot of people were unprepared. But now, word has got around," the head of Tyrol's traffic police, Markus Widmann, told Germany's DPA news agency.

The bans apply to 10 routes used by transiting traffic. As Tyrol is often used by traffic passing between Germany in the north and Italy in the south, the rules have caused tensions with both those countries. Politicians in Germany's southern state of Bavaria, which is the state most affected by the bans, recently criticized the measures, with the state's premier, Markus Söder, even advising people not to take skiing holidays in the neighboring country.

The province of Tyrol is subjected to considerable pressures from transit traffic, with some 2.4 million trucks traveling via the Brenner Pass on the border between Austria and Italy every year. Efforts to curb truck traffic coming from Bavaria by allowing just 250 vehicles to cross at Kufstein per hour have led to long jams on the German side.