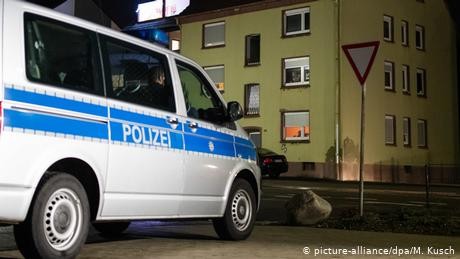 A 15-year-old boy who had been missing for two years was found in the home of a suspected pedophile on Friday, German police said.

Authorities in Recklinghausen, 100 kilometers (62 miles) north of Cologne, said police officers were conducting investigations at the home of the 44-year-old suspect when they came across the youngster hiding inside a closet.

A police statement said that "there is currently no indication the boy was held in the apartment against his will."

The teenager was subsequently taken into police protection.

His disappearance from a shelter in 2017 was reported by social workers but efforts to find the boy, until now, had been to no avail.

A judge ordered 44-year-old man to remain in custody on suspicion of carrying out serious sexual crimes. Authorities seized electronic devices from his home.

Read more: Germany's backlog in its battle against organized crime

In addition, his 77-year-old father, who also lives at the property in the city of Recklinghausen, was arrested but later released.

The boy's mother told Bild tabloid that she hardly recognized her child when they met, describing him as looking like "a broken old man."

"The man with whom he was found must have manipulated Marvin," she said of the boy. "I could go crazy thinking about the things done to him."