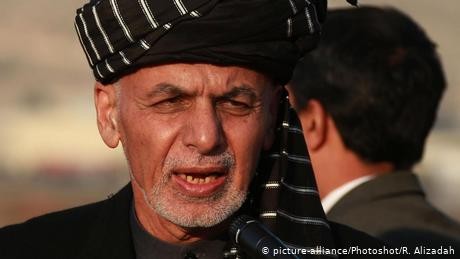 The fact that the election results could be made public only after almost three months is a possible record in itself. But the fact that these results are still preliminary is unprecedented — even under the difficult circumstances prevailing in Afghanistan. As affairs now stand, Ashraf Ghani, the former president, is also to be the new one, having attained a razor-thin majority of 50.64% of valid votes.

That is not really what one calls a clear mandate: If he had received just 0.7% less, the elections would have had to be rerun. It is thus obvious that Ghani's major rivals, such as the notorious Islamist Gulbuddin Hekmatyar or the former chief executive, Abdullah Abdullah, are already challenging the results. But it was the latter who also played a major role in eroding their credibility. He alleges that 300,000 of a total of 1.8 million ballots seen as valid by the election commission were stuffed into ballot boxes with fraudulent intent. Abdullah Abdullah didn't say it out loud, but the implication was that this was done to benefit Ghani. However, he is yet to produce any proof.

To compound the disaster, the electoral commission had to admit that it cannot take into account many of the originally 2 million votes for "technical reasons."

More grueling weeks will now pass before the final results are published, and one wonders why anyone at all could be keen to become president in Afghanistan under these conditions.

The turnout at the election hit a historic low, and if you reckon the 50% of the 1.8 million votes counted against the 9.5 million registered voters, you come up with less than 10% approval for Ghani. And prominent politicians who, like the former President Hamid Karzai, didn't even run as candidates, or the Taliban, who reject the election out of hand, will cite this very calculation with pleasure again and again if it fits their political agenda.

A president without any true power

And important decisions aren't made in the presidential palace in Kabul, anyway. The US blithely negotiated with the Taliban up into the fall without the involvement of Afghanistan's elected government. Kabul wasn't even consulted about breaking off the talks but, like the rest of the world, was instead brusquely presented with a fait accompli via a tweet from Trump.

Now, the peace talks are being gingerly resumed, and it is even easier to sideline Kabul with two simple questions: Where is there a new government to talk with? And if there is one, what real support does it have from the Afghan people?

The establishment of democratic elections in Afghanistan was once seen as one of the greatest achievements after the ouster of the Taliban. But with every election since then, faith in the democratic process has sunk. The Afghans have been forced to look on in frustration as the political establishment unabashedly manipulated their votes, which they often cast in real danger of their lives, and ignored the will of the people. And the West, unfortunately, will also continue to play a major role in turning democracy in Afghanistan into a mere show if it does not manage to include a future Kabul government — of whatever kind — in any resolution of the conflict in the country.