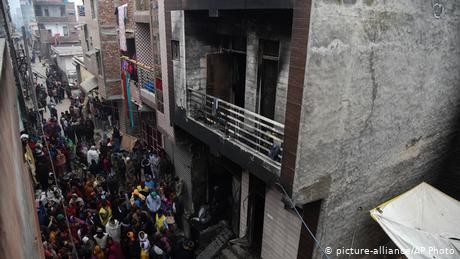 A fire that broke out at a warehouse in New Delhi killed nine people and injured at least 3 others on Monday, fire officials said.

The blaze erupted in the early hours of Monday morning at a building the Kirari area of New Delhi. Firefighters battled the blaze for three hours until it was contained, an official told the Associated Press.

Children were reportedly among those killed.

The Hindustan Times reported that the fire started in the ground floor of the building, which was being used as a warehouse to store clothes, and quickly spread up the three-level building.

The cause of the fire is still unknown, although no fire safety equipment was found in the building, the Times of India reported. The building was also believed to only have one staircase.

Monday's fire was the second major blaze to occur in the Indian capital in recent weeks.

In early December, at least 43 people were killed when a fire engulfed a building in New Delhi's Karol Bagh area. The blaze was believed to be caused by an electrical short circuit.