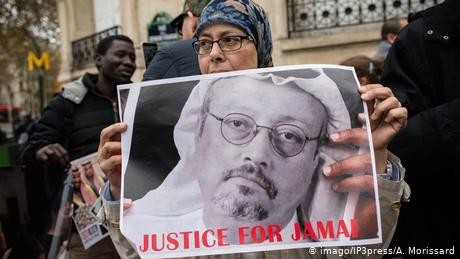 Saudi Arabia's chief prosecutor said on Monday that five people received death sentences for their role in the killing of Jamal Khashoggi, a Washington Post columnist, in the Saudi Arabian consulate in Istanbul in October 2018.

"The court issued death sentences on five men who directly took part in the killing," Shalaan al-Shalaan, Saudi deputy public prosecutor and spokesman, said in a statement after the trial that lasted for nine sessions and was held in near total secrecy.

There was no breakdown of how the total amount of jail time was divided and the identity of those receiving sentences will be kep a secret. All of those charged will have the opportunity to appeal their sentences.

Those receiving jail terms were convicted "for their role in covering up this crime and violating the law" said Shalaan. Those charged were found not to have premeditated the murder.

A former top adviser to Saudi Arabia's crown prince, Saud al-Qahtani was released but not charged, said the prosecutor. His release came despite Al-Qahtani being sanctioned by the US for his role in the operation.

Another top official Mohammed al-Otaibi was also found not guilty. The Saudi consul-general in Istanbul at the time was released from prison after the verdict was announced.

The trial was held in top secret, with only a handful of diplomats — including those from Turkey — allowed to attend along with members of Khashoggi's family. During the investigation into the murder, 21 people were arrested and a further 10 were questioned without arrest.

However, the crown prince and the kingdom have denied any direct connection to the brutal killing.

After the murder, the Saudi Arabian government told the UN that it would ensure it would bring the perpetrators to justice. Despite the outcome of Monday's trial, many critics of Saudi Arabia remain in prison and face trials for voicing their dissent in the Gulf kingdom.