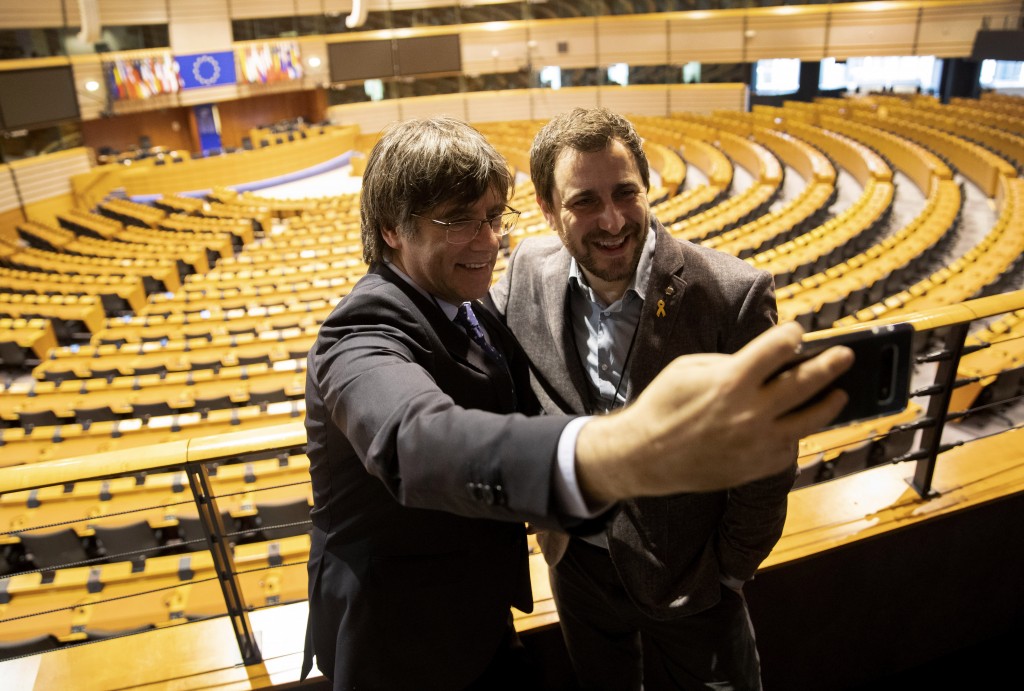 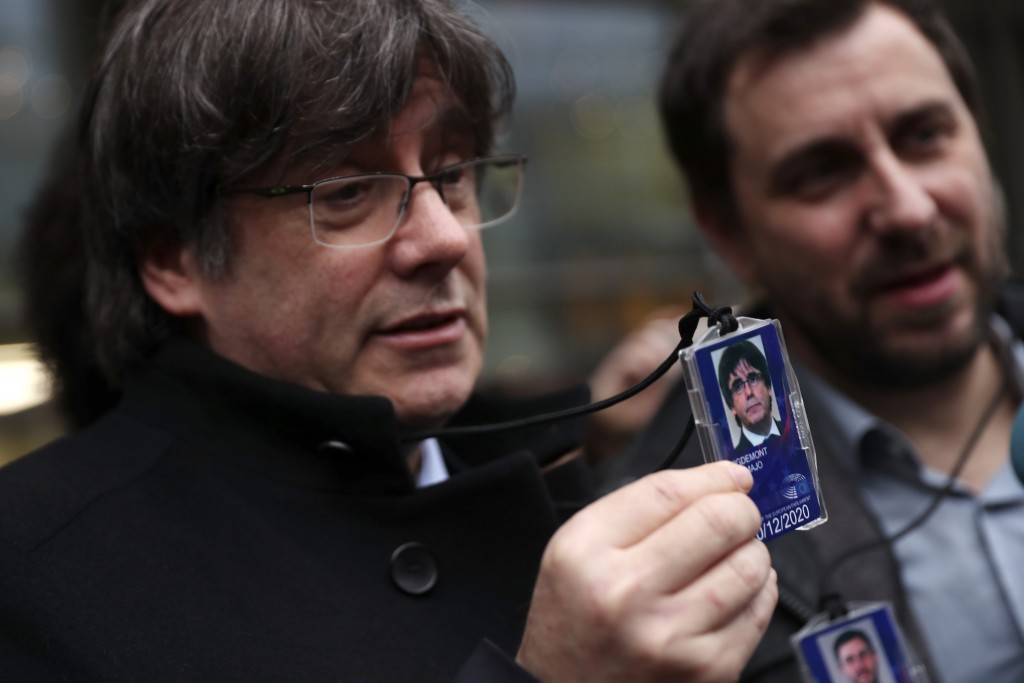 MADRID (AP) — Spain’s state prosecutors' office asked a Spanish judge Monday to maintain the international arrest warrants for former Catalan leader Carles Puigdemont and one of his colleagues as they attempt to take seats in the European Parliament.

The office said it also wants the judge to ask the European Parliament to suspend immunity for Puigdemont and former Catalan cabinet member Toni Comin as elected parliament members.

It said in a statement that the warrant for the two Catalan separatists “can only be left without effect once they voluntarily turn themselves in or are handed over to respond to the charges against them.”

The two are wanted in Spain for their role in an illegal 2017 secession bid by the Catalan government and separatist lawmakers. They fled to Belgium after the attempt failed and were elected to the European Parliament in May as representatives of Catalan separatist parties from Spain.

On Friday, the European Union’s top court overturned a decision preventing Puigdemont and Comin from taking their European Parliament seats. It is not clear, however, if they will be finally be allowed to take them.

A day earlier, the same court had ruled that former Catalan vice president Oriol Junqueras, Puigdemont's No. 2 who is serving a prison sentence in Spain, had the right to parliamentary immunity when he was on trial earlier this year.